MONTICELLO — Work to upgrade and rehabilitate a section of East Broadway has recently begun in Monticello. 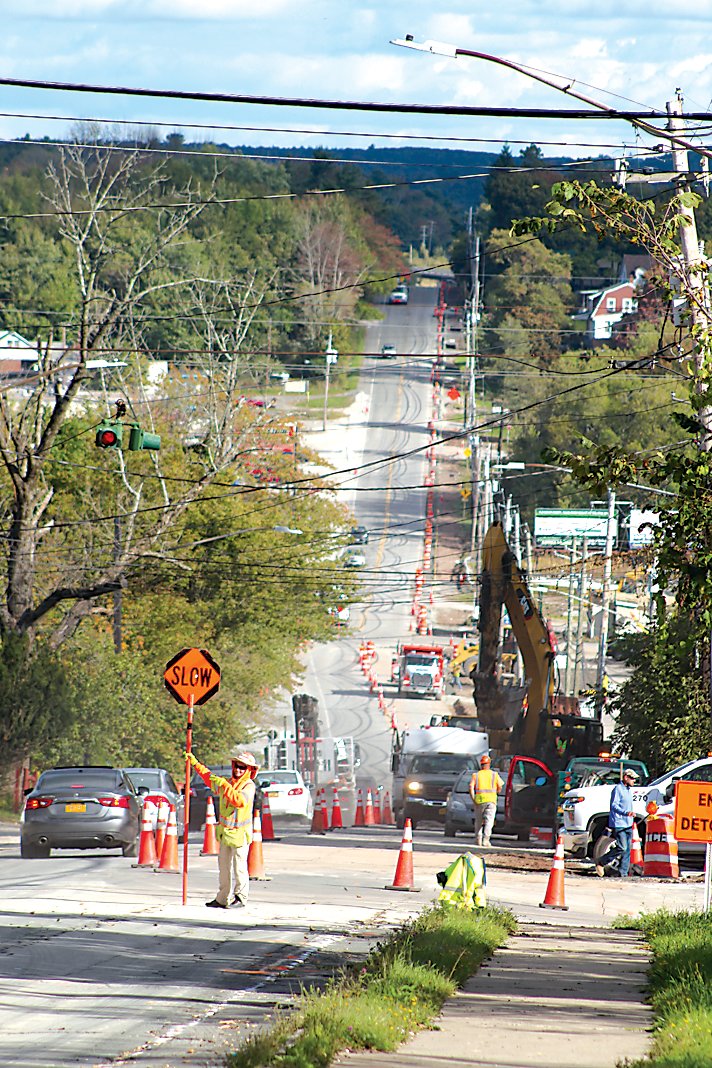 Crews have begun road work on East Broadway that is expected to run into next year.
Matt Shortall | Democrat
Posted Friday, September 30, 2022 7:21 am
By Matt Shortall

MONTICELLO — Work to upgrade and rehabilitate a section of East Broadway has recently begun in Monticello.

Reporting during the Sullivan County legislature’s Public Works Committee earlier this month, Division of Public Works Commissioner Edward McAndrew said that drainage has been installed down by the former Apollo Mall.

Crews from Argenio Construction are being overseen by the County’s Division of Public Works.

“We’ll see just how far they get with it. You have to get the drainage in first obviously before you do a lot of that, but they are down there and they are working away on that,” McAndrew said.

Upgrades have to take into consideration the existing water, sewer and electrical infrastructure. The county is telling travelers to expect minor delays in traffic while traveling along East Broadway.

Costing around $5.8 million, the project includes around 1.5 miles from the former Apollo Mall to the intersection of Pleasant Street (Route 42).

The project is expected to last into next year as crews will continue westward from Waverly Avenue and ultimately reach Pleasant Street, including upgrades to the traffic light at the intersection of Richardson and Fraser Avenues.

The county says their goal is not only to repave the entire corridor but also improve driver and pedestrian safety.

“It’s been a long time coming,” said District 9 Legislator Alan Sorensen during the county’s most recent meeting of the Public Works Committee.

In addition to the work on East Broadway, site work has also begun on County Bridge 449 on Waverly Avenue in the Village of Monticello.

The section of Waverly Avenue was scheduled to be closed to all traffic starting in early September and last several weeks.

DPW Commissioner Edward McAndrew reported to legislators earlier this month that they expect to be done with bridge work on Waverly Avenue this year.