FALLSBURG— In 2020, sparked by Black Lives Matter rallies and the death of George Floyd at the hands of the police in Minneapolis, the Town of Fallsburg created the  Police Reform and … 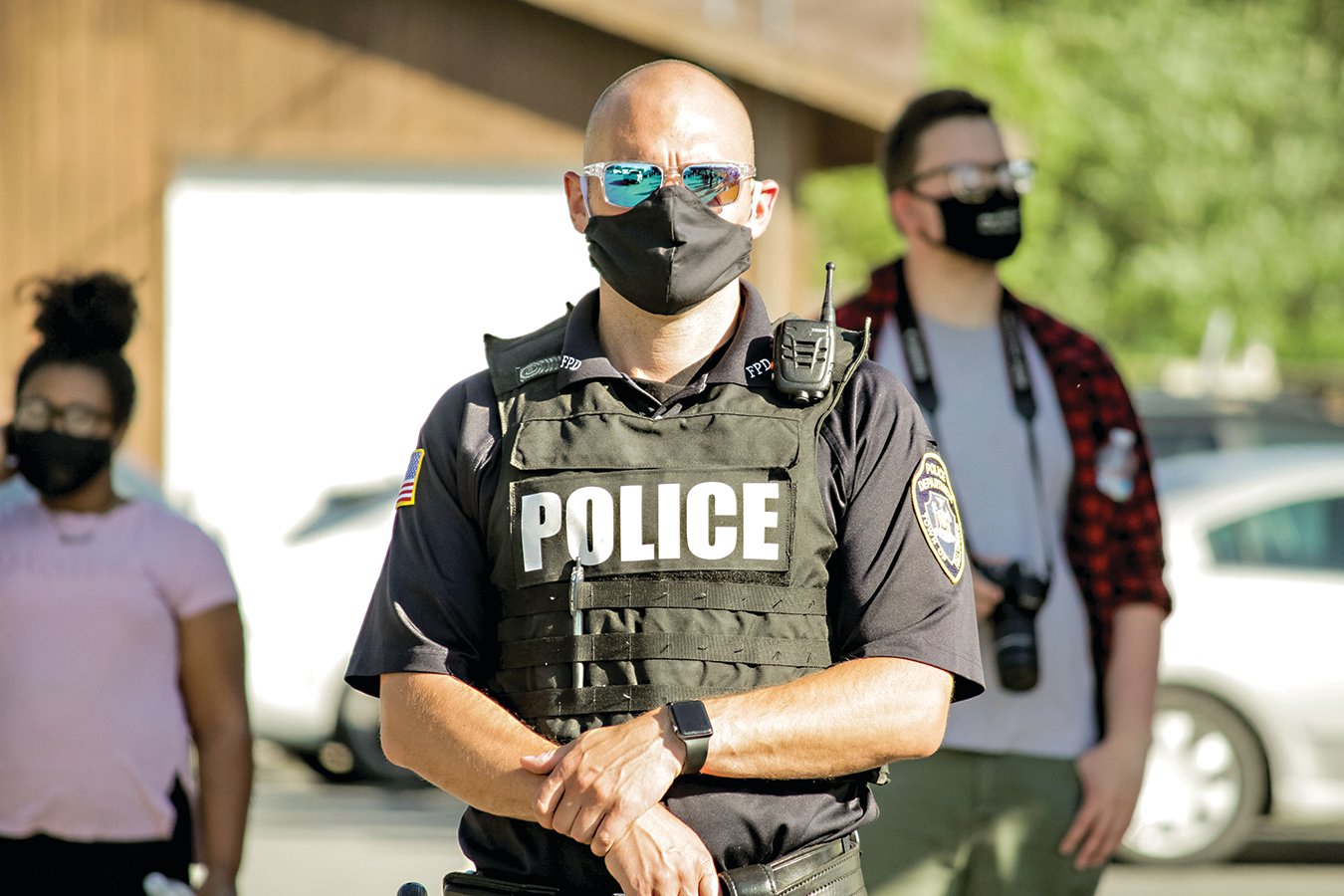 A Fallsburg Police Officer during a Black Lives Matter Rally in 2020, which led to Fallsburg passing Police Reform measures, which will be revamped in 2023.
Patricio Robayo | Democrat
Posted Friday, December 9, 2022 7:33 am
by Patricio Robayo

FALLSBURG— In 2020, sparked by Black Lives Matter rallies and the death of George Floyd at the hands of the police in Minneapolis, the Town of Fallsburg created the  Police Reform and Reinvention Coalition. Next year, that Coalition will have a new name, Police Engagement Committee (PEC), according to Fallsburg’s Deputy Supervisor Sean Wall-Carty.

“We believe this name change accurately represents the idea that our members in law enforcement should and can be an obvious and active part of the Fallsburg community,” said Wall-Carty.

The town is actively seeking members to join the committee and fill two volunteer town police commissioners’ positions. They will serve as liaisons between the community and the Fallsburg Police Department.

On the name change, Wall-Carty said, “It [police reform] just has this kind of negative connotation, like something that already happened, when that may not be the case. So let’s look at how do we engage.”

The Fallsburg Town Supervisor and board will appoint those serving on the committee and the volunteer police commissioners.

Those who apply to the volunteer police commissioner positions would need to pass a background before being appointed.

In 2021, each town and village had to adopt a plan for police reform by April 1, 2021, to be eligible for future state funding, which then Gov. Andrew Cuomo mandated.

The previous committee worked with the then Fallsburg Town Board to adopt measures that aimed to help reform the police department with training on de-escalation, implicit bias, crisis intervention, mental health, and transgender sensitivity training.

So what happened to those on the previous committee? According to Wall-Carty, those members were contacted and invited before the press release was sent out.

The Democrat checked with some of the committee members if they had received an invite, which many did, but no word if any of the previous members will be on the new committee.

According to the town, “Our goals are to give a voice to the people, for the committee to create and execute plans based on the wants and needs of our community, and to support the PEC in accomplishing the people’s goals.”