HORTONVILLE – Summer in the Catskills has long been known for its great hospitality and inviting spirit. 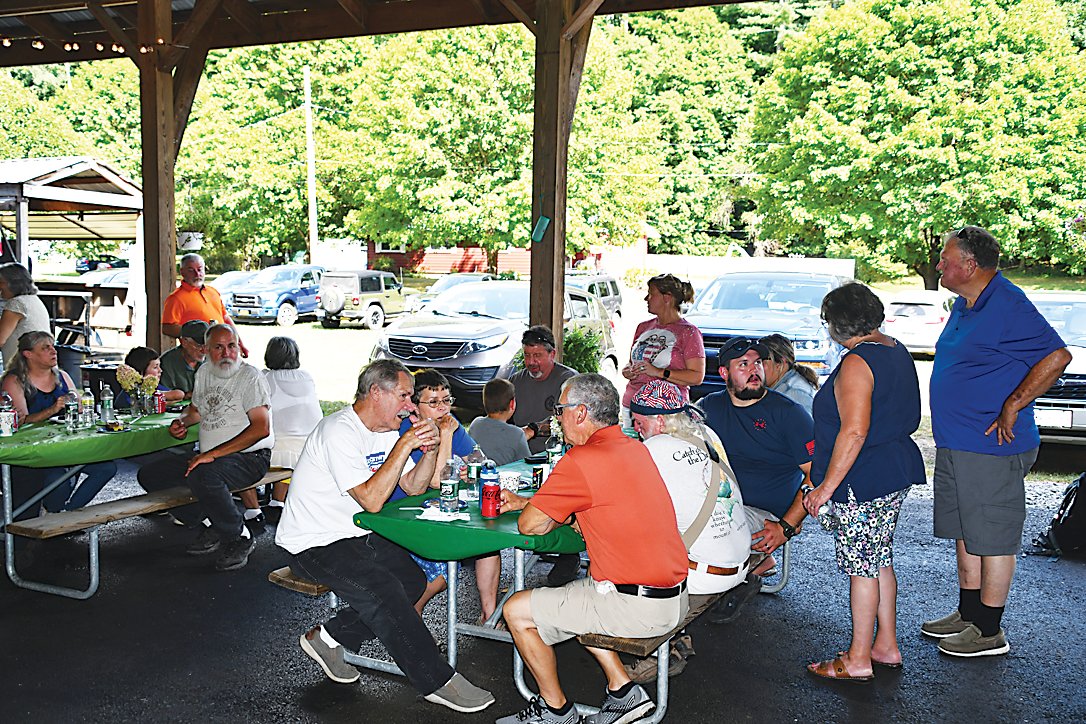 A country-style barbecue was available for all the guests and what better way to sit and visit than over a hearty lunch.
Fred Stabbert III | Democrat 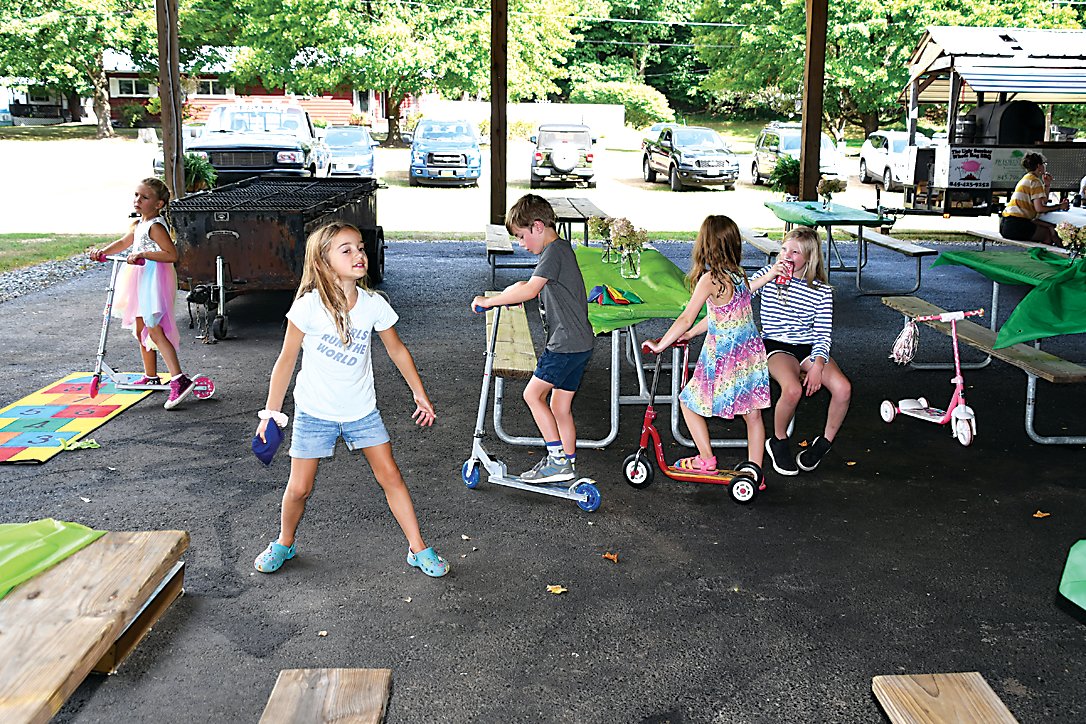 The youngest family and friends had plenty to do on Saturday, including corn hole, scooter riding and listening to some great family stories. Pictured here are Mya, Oliver, Elaine and Olivia.
Fred Stabbert III | Democrat 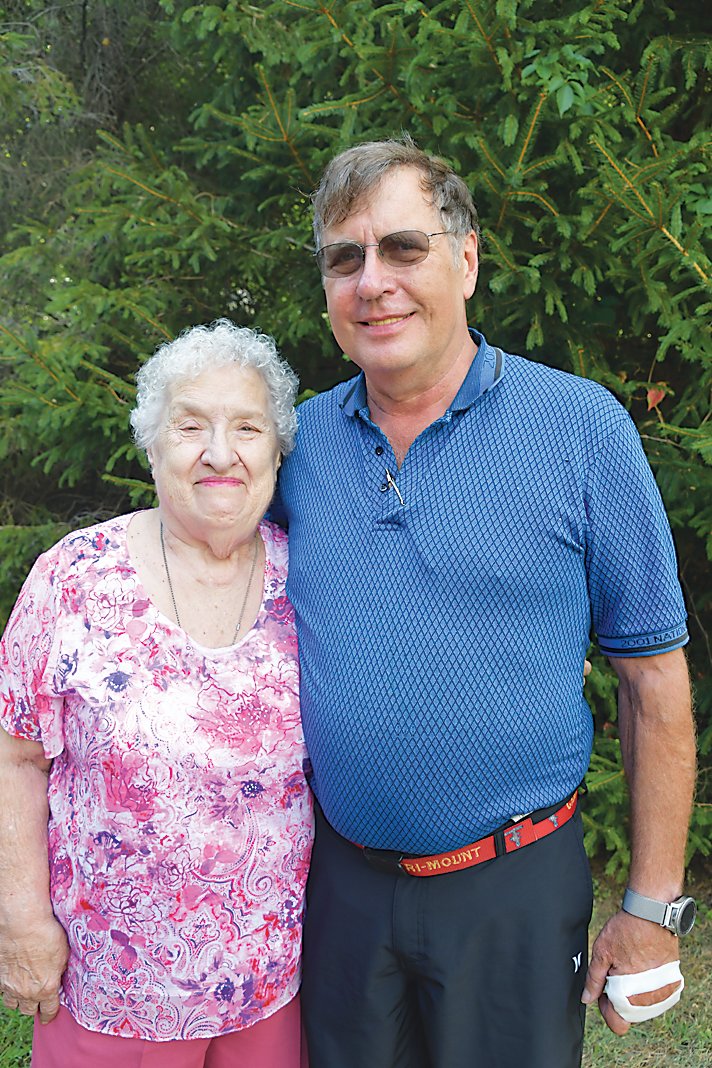 Diana Schoonmaker and her nephew, Harold Teller, are cousins to the Schumachers. Diana was the daughter of the late Jacob and Josephine Banuat Schumacher.
Fred Stabbert III | Democrat 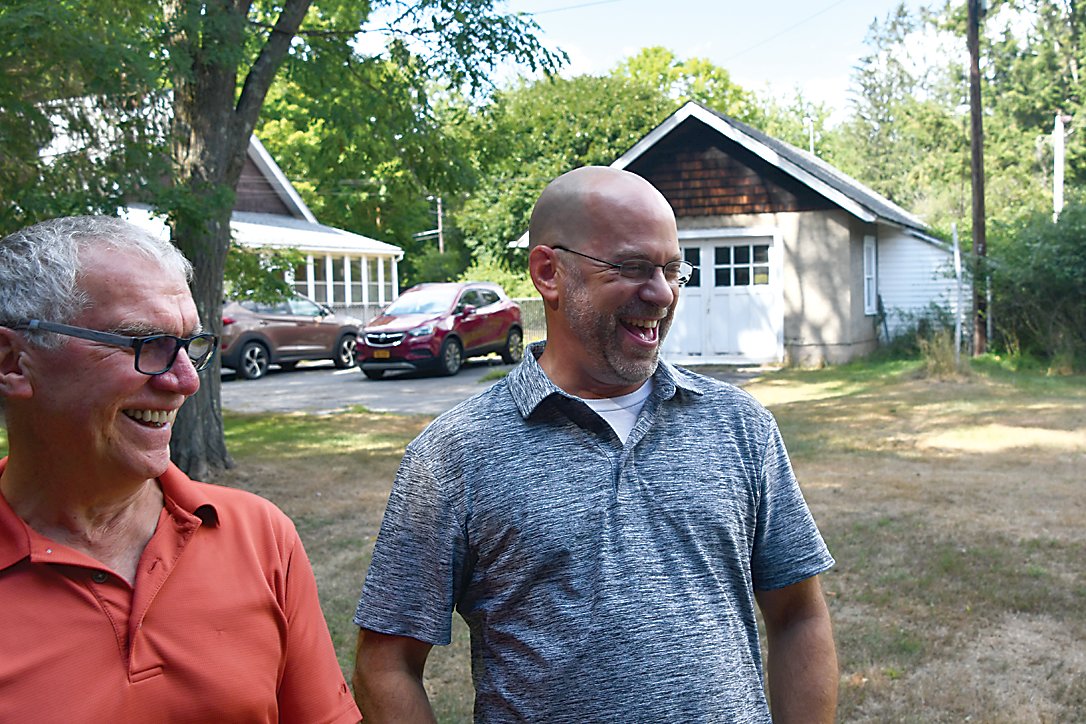 What better way to spend a day than sharing a laugh with your son-in-law at a family reunion? Here Craig Schumacher, left, and son-in-law Mike Allen enjoy a joke during the reunion.
Fred Stabbert III | Democrat 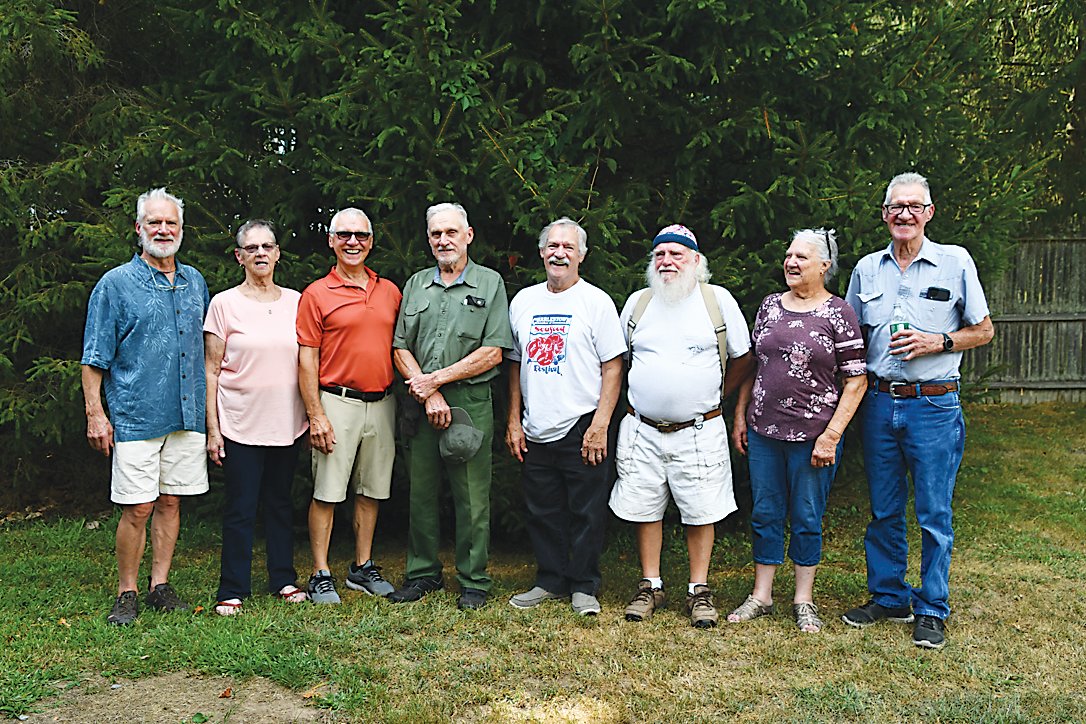 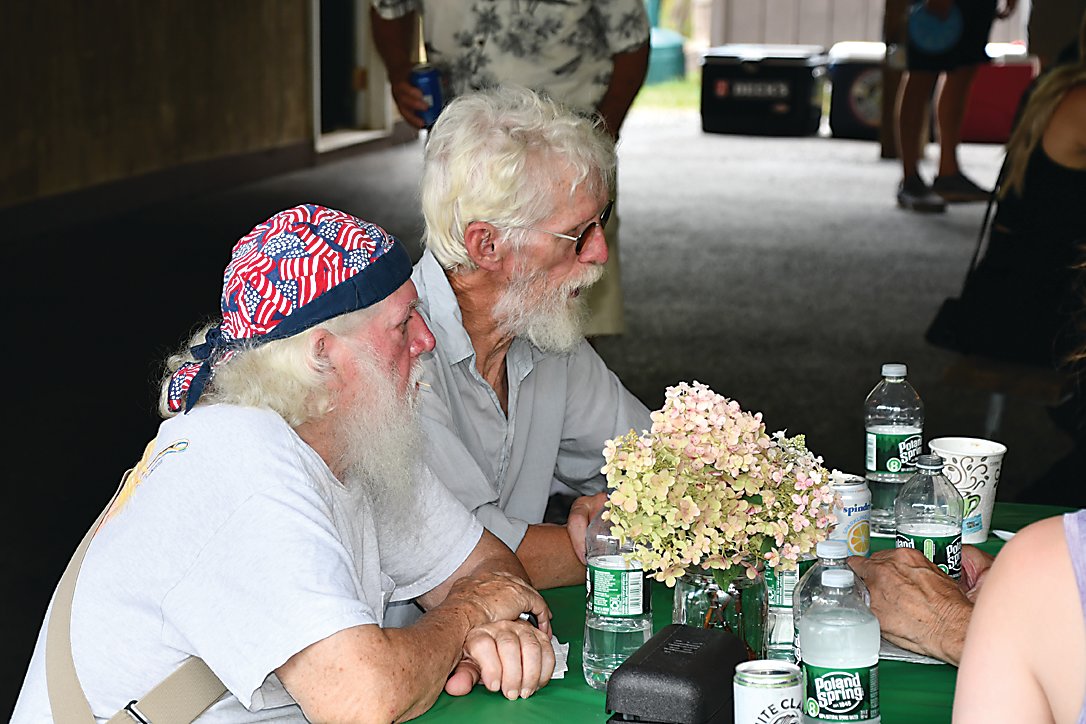 Zeke Boyle, right, and John Schumacher listen to a story about the good old days. Zeke is a lifelong resident of the Beechwoods and knew the whole Schumacher family growing up.
Fred Stabbert III | Democrat
Previous Next
Posted Friday, August 26, 2022 6:10 am
By Fred Stabbert III

HORTONVILLE – Summer in the Catskills has long been known for its great hospitality and inviting spirit.

And while thousands of guests discover and enjoy Sullivan County’s enchanted mountains every summer, many families reunite in the place they have called “home” for generation after generation.

That was the case this past Saturday, August 20, when the Schumacher family – nearly 100 strong – descended on the Hortonville Fire Dept. pavilion to enjoy a get together that many family members said was long overdue.

They came from Abilene, Texas and Denver, Colorado.

They came from Rhode Island, Binghamton and, of course, the Beechwoods.

However far their travels, they all came for a common theme – to reunite with their family, visit with old friends, catch up on the latest news and remember stories from their childhoods, growing up on a farm in the Beechwoods.

The Schumacher family’s Sullivan County roots date back to 1842, when Johannes Schumacher moved to Sullivan County. He would eventually settle on a farm on Lux Rd. in the Beechwoods section of the Town of Delaware.

It was once home to dozens upon dozens of dairy farms, all with big families.

The Schumachers were no exception.

According to Craig Schumacher, who was the 3rd youngest child, there was a total of 13 siblings in the clan. The patriarch, Anton, was married to Dora Banuat and they had three children, Clarence, Madelyn and August.

Eight of the 13 survive, having lost siblings Clarence, Madelyn, August, Mary and George.

Three of the family – Lucy, David and Frances – live in Texas, while Richard lives in Rhode Island, Reid in Colorado, William in Binghamton and Craig and John are local.

Craig said the day was filled with long-forgotten stories and a great opportunity to visit face-to-face with neighbors and friends of the family.

The Schumacher family tree not only has deep roots but a lot of branches.

There were also a couple of cousins, in-laws and second cousins sprinkled in.

Diana Schoonmaker and her nephew, Harold Teller, are cousins.

Diana was the daughter of Jacob and Josephine Banuat Schumacher.

Jacob was the brother of Anton.

As the beautiful Catskills afternoon faded into evening, the Schumachers enjoyed their last hugs, said good-bye and certainly talked about when the next reunion might take place.

It was a day many will treasure for a long time.