On Memorial Day Weekend, a rendezvous of fly-tiers and fly-fishing memorabilia took place in DeBruce, not far from the famed junction of the Mongaup and Willowemoc Creeks. The new Davidson’s … 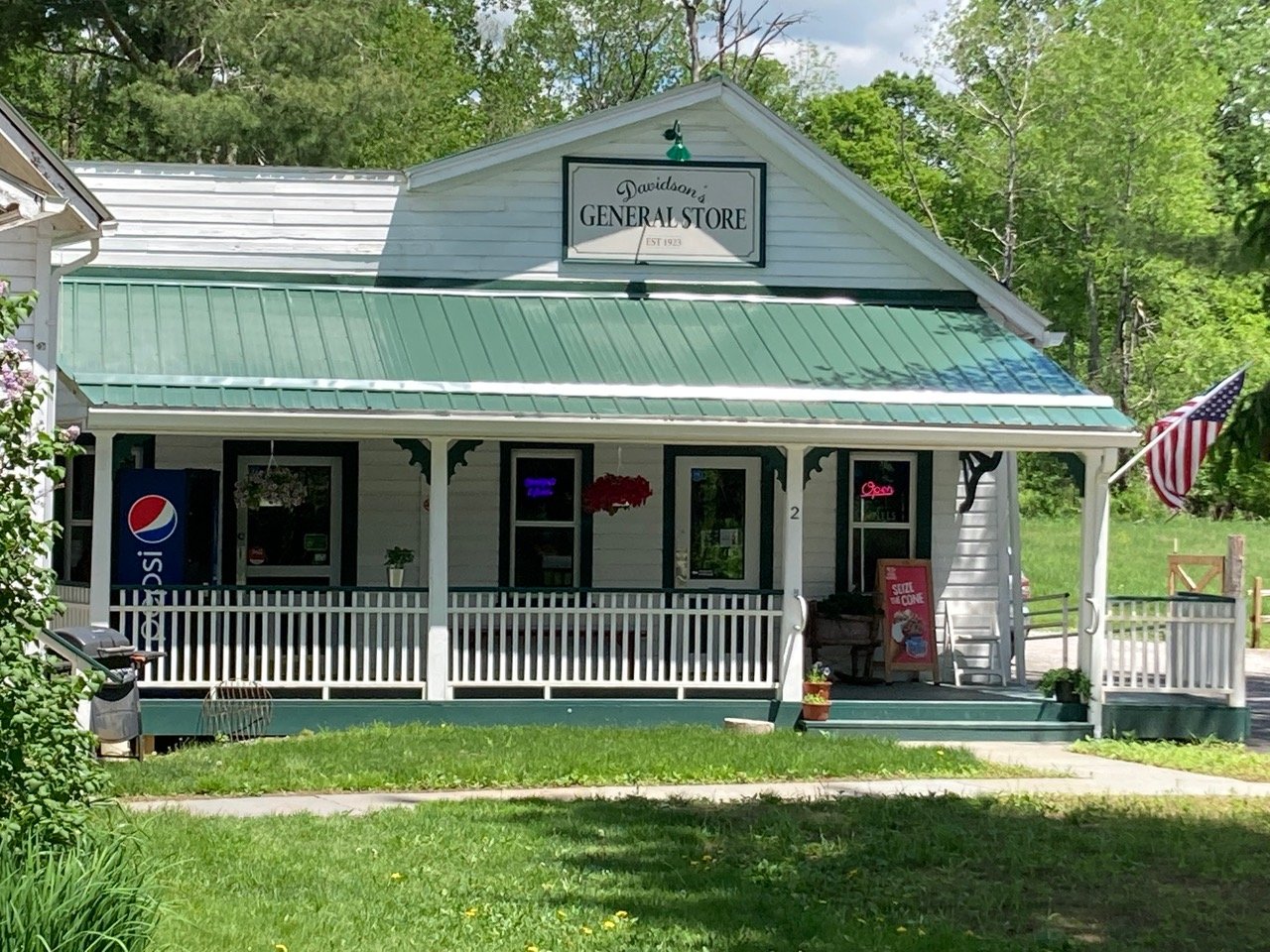 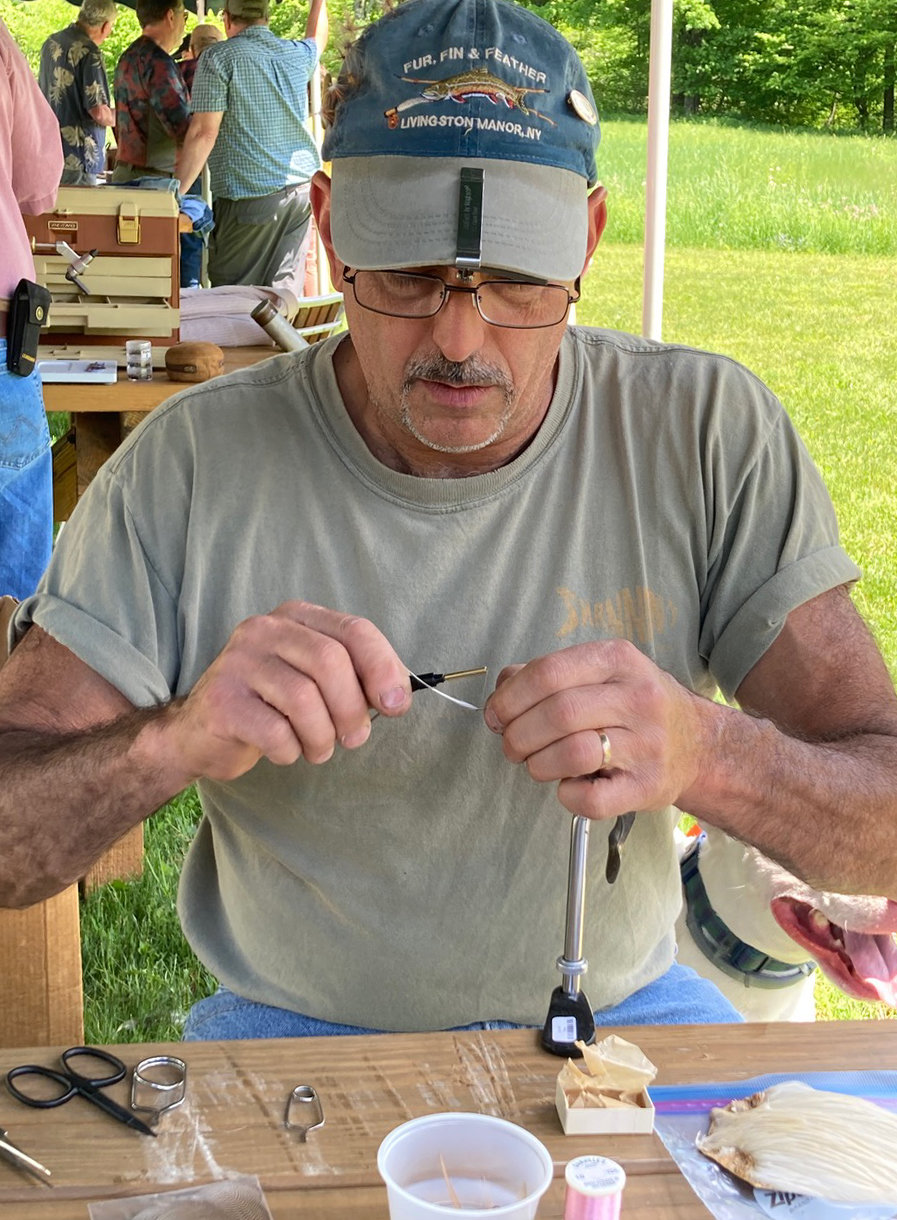 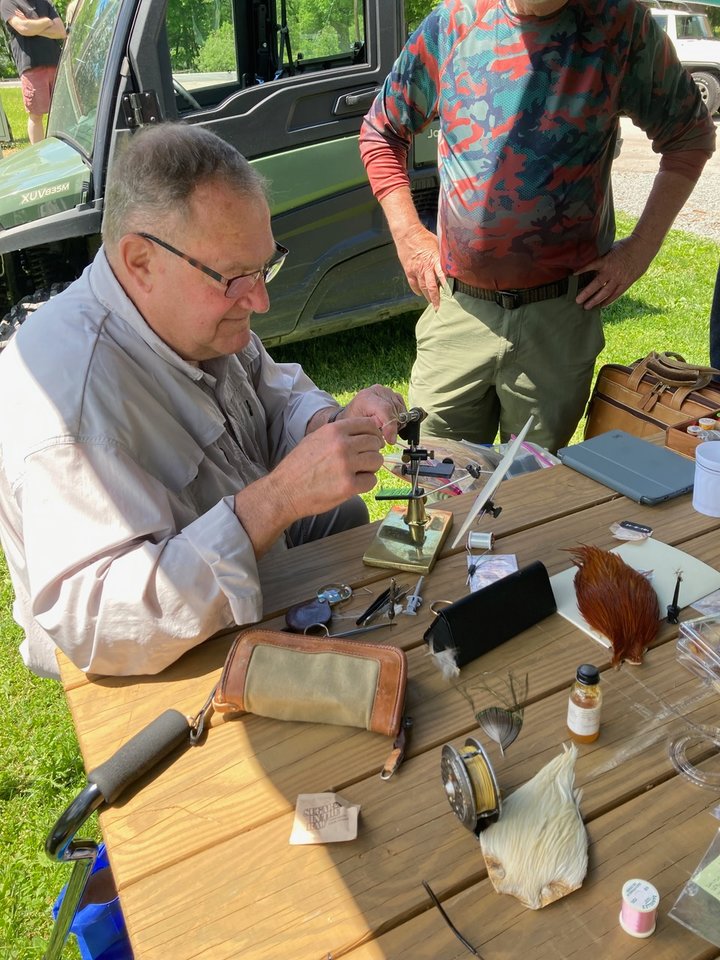 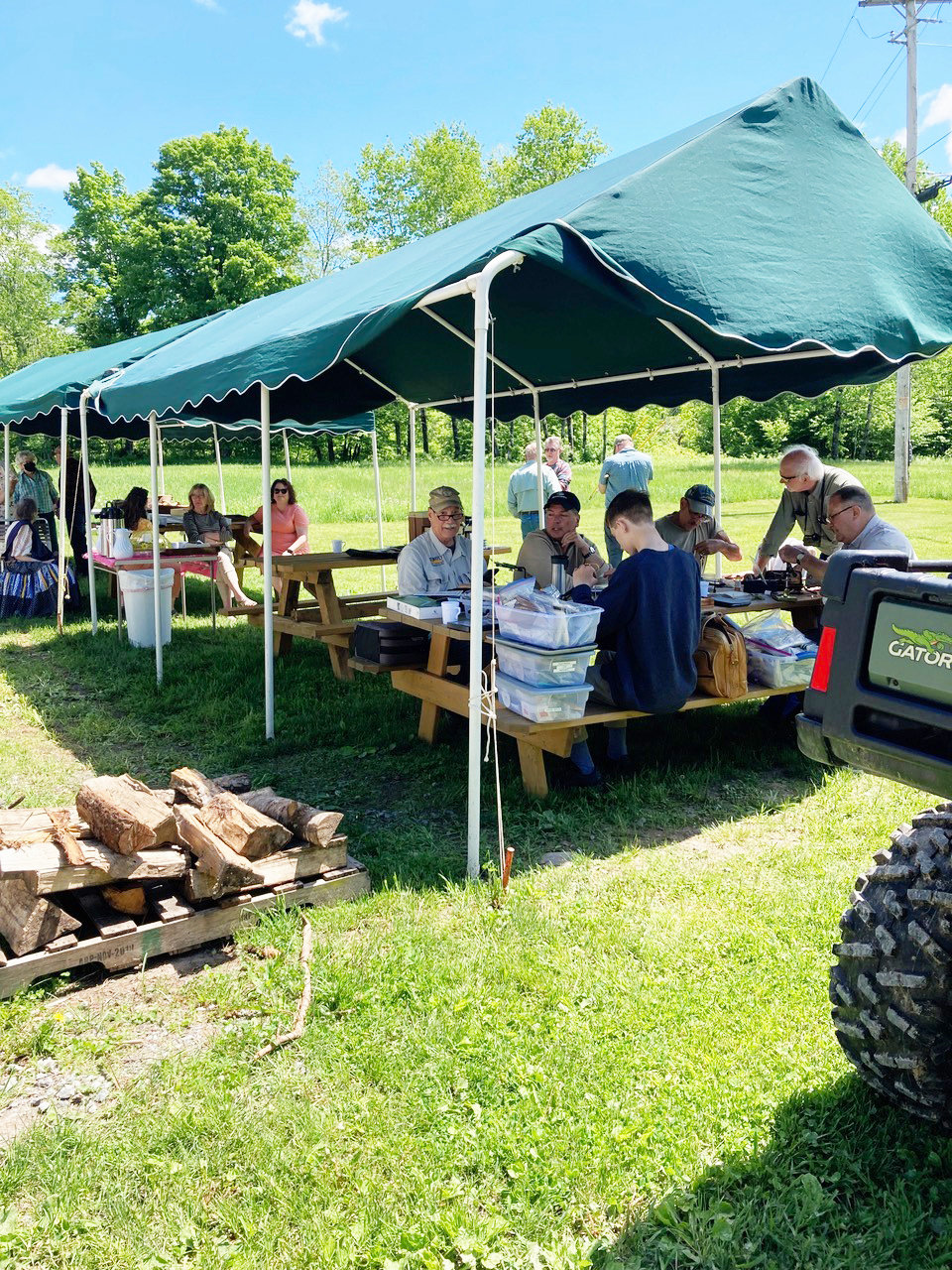 As the event began, dozens of cars were arriving to watch the historic fly-tying demonstrations by members of the Catskill Fly Tiers Guild.
Judy Van Put | Democrat
Previous Next
Posted Tuesday, June 7, 2022 6:20 am
Judy Van Put

On Memorial Day Weekend, a rendezvous of fly-tiers and fly-fishing memorabilia took place in DeBruce, not far from the famed junction of the Mongaup and Willowemoc Creeks. The new Davidson’s General Store, located in the historic building formerly owned by Catskill fly-tier and fly-fisherman Mahlon Davidson, welcomed one and all to its gala event celebrating the re-opening of the store, with fly-tying demonstrations and displays of Mahlon Davidson’s fishing and fly-tying equipment. Brother and sister Bill and Marilyn Kocher, along with DeBruce historian Peter Leitner, were pleased to host the day’s events and activities, and add to the rich heritage of fly-fishing that occurred in DeBruce and along the Willowemoc Creek.

The store originally opened its doors in the late 1880s by George W. Cooper, (1859 – 1932) a blacksmith from DeBruce, who expanded his shop to include a post office and general store to satisfy the needs of the growing numbers of fishing tourists who had begun to travel to the area. Cooper became known as the earliest professional fly-tier to live in the Beaverkill watershed, and sold his flies, along with boots, fishing baskets and assorted tackle at the General Store. He was an excellent fly-tier and created the Female Beaverkill fly, tied both as a wet fly and dry fly, circa 1913.

George Cooper sold his establishment in 1923 to Mahlon Davidson, an area resident from the upper Beaverkill hamlet of Lew Beach, who was also a skilled fly-fisherman and fly-tier and, like Cooper before him, raised chickens for their hackle. Davidson created the “Davidson Special”, a dry fly tied with wood duck wings and body of pale cream fox fur dyed with willow bark to create the beautiful pale green color. Davidson not only continued to sell flies and fishing tackle at the store, but also offered solid wooden rods he crafted out of bilberry (shadbush or Juneberry) and was one of the last craftsmen to do so. Davidson operated the store for 40 years before closing its doors in 1963.

In the early 1960s, Peter Leitner came to DeBruce with his grandfather Bert, and at the early age of six, learned how to fly-fish, having been shown by Mahlon Davidson how to properly cast a fly. This sparked a passion in the youngster for the sport, and today he is an avid fly-fisherman and an ardent collector of local historical information and memorabilia and all things related to DeBruce, his “second home.”

Bill Kocher, member of the Kocher family, long-time area residents, purchased Mahlon Davidson’s store in 1980; however it wasn’t until the spring of 2018, when the idea of re-opening the General Store in its original site was conceived by Bill’s sister, Marilyn, at about the time she established The Rose Cottage, an award-winning Bed & Breakfast inn.

Marilyn’s plan came to fruition and was launched on April 1, 2022, when the store and kitchen opened its doors, serving breakfast and lunch sandwiches, along with coffee and other beverages. And at last weekend’s celebration, Tom Mason, “Catskill John” Bonasera and other members of the Catskill Fly Tiers Guild were stationed on the lawn under a large canopy tying flies, some of which were constructed with Davidson’s own original hackle feathers, dubbing and other materials, and placed in a large shadowbox for display. Guild members Dave Catizone and Judie Darbee Vinceguerra Smith were on hand to speak about the artifacts, which included hand-written letters and correspondence between Mahlon Davidson and Harry and Elsie Darbee, Davidson’s hand-carved ice fishing jigging rod and rod-wrapping jig, and other historic memorabilia.

The General Store offers a wide variety of supplies, from groceries to fresh-baked bread, camping supplies, toys and even some antiques. The public is welcome to attend an upcoming celebration at the General Store on Saturday, June 18, 2022 with refreshments provided. Davidson’s General Store is located at the Junction of DeBruce Road and Goff Road in DeBruce, about 6 miles northeast of Livingston Manor.