When the project was approved in March by the Thompson Planning Board, Aldi was planning to build a … 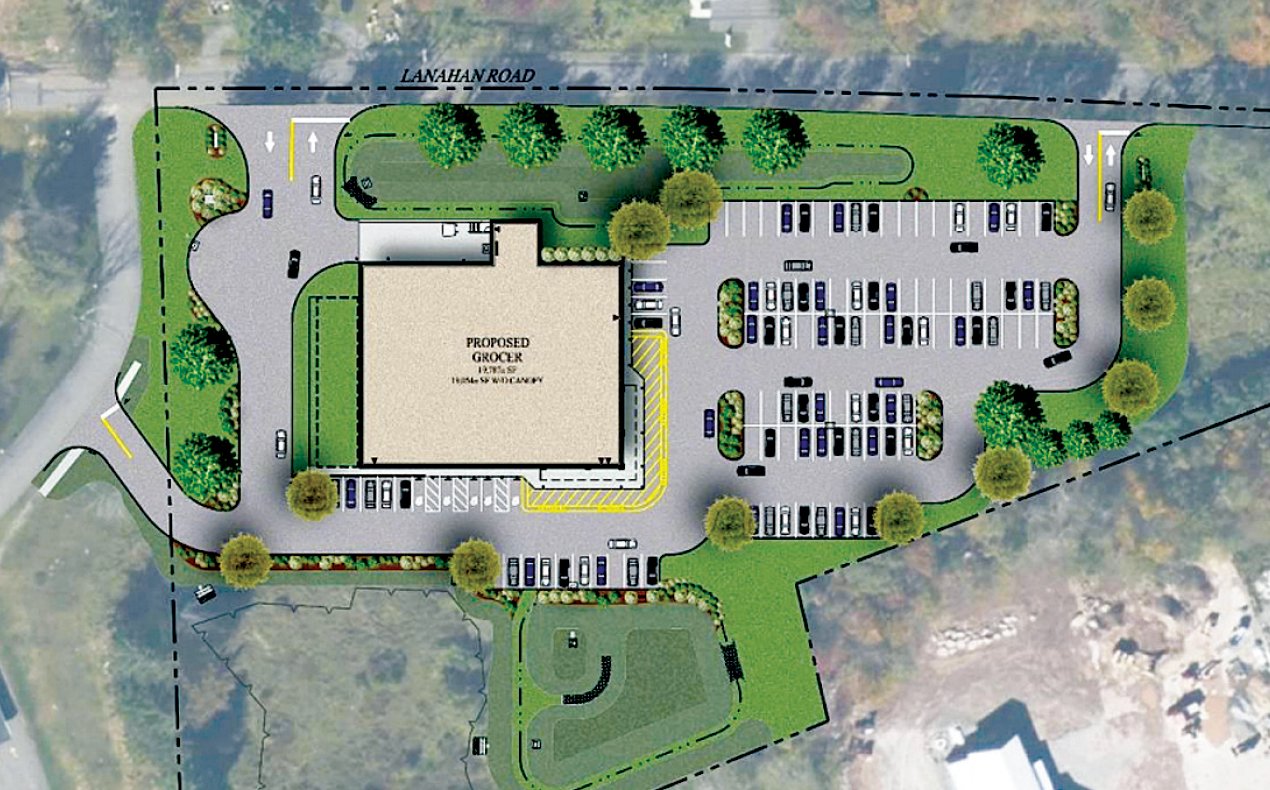 Aldi Supermarket was approved by the Thompson Planning Board in March 2022, but the grocery chain has yet to break ground.
Contributed graohic
Posted Friday, September 30, 2022 6:10 am
By Patricio Robayo

When the project was approved in March by the Thompson Planning Board, Aldi was planning to build a 19,054-square-foot grocery store along Lanahan Road behind Catskill Hudson Bank.

As of presstime, there has been no movement on the property. The Democrat reached out to Aldi for comment but did not hear back by presstime.

The land, where the potential Aldi will go, is owned by Western Sullivan O.R.E, a subsidiary of Jeff Bank.

The project went through several transformations before finally being approved. In an early version, customers would have reached the grocery store through the Taco Bell Restaurant drive-thru—that has since changed.

Another change has been the removal of a 9,000-square -foot retail store that was going to be attached to the Aldi Supermarket.

The county’s GML-239 review of the project offers technical comments, such as having more pedestrian connections and landscaping.

In the review, signed by the Commissioner of Sullivan County Divison of Planning and Community Development Freda Eisenberg, it was suggested that the applicant “maximize the pedestrian connections” by adding walkways.

Furthermore, the review said that adding sidewalks and walkways to the other stores will allow for landscaping and create a “more user-friendly experience.”

The engineers for the project, Solli Engineering, stated that they have reviewed the county’s recommendations and have reduced the number of parking spaces to allow more landscaping.

There is an Aldi Supermarket in Monticello on Broadway, approximately a mile and a half away from the potential new grocery store.

According to its website, the German-based grocer has over 10,000 stores worldwide and focuses on discount items.