MONTICELLO – The Lady Panthers executed on both sides of the court in a non-league matchup against Fallsburg to defeat the Lady Comets 52-18, a convincing win for the Monticello squad. The Lady … 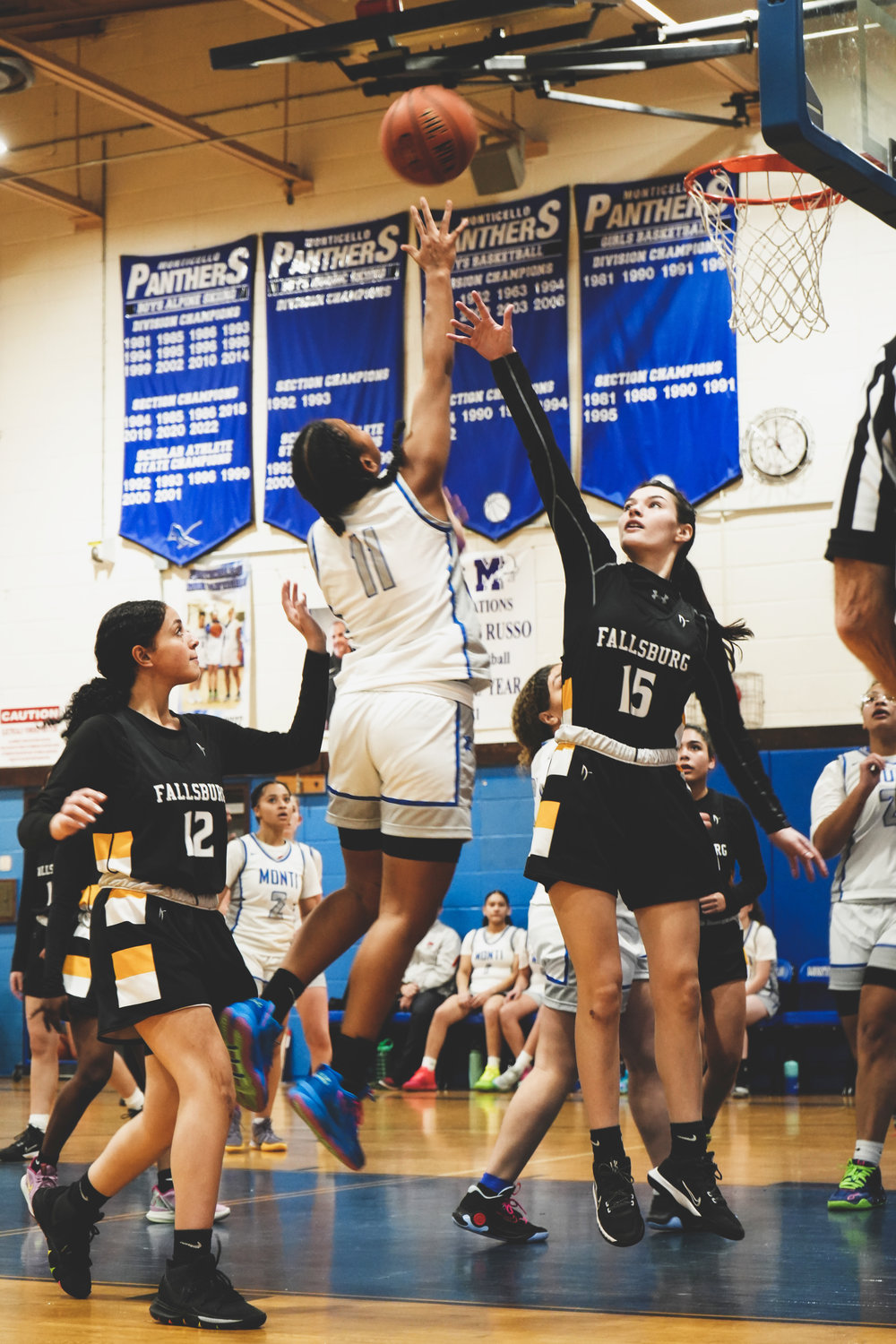 Aaliyah Mota scores two of her 22 points against the visiting Lady Comets to lead the charge in the Lady Panthers 52-18 win in the pit.
Yovanni Fields | Democrat 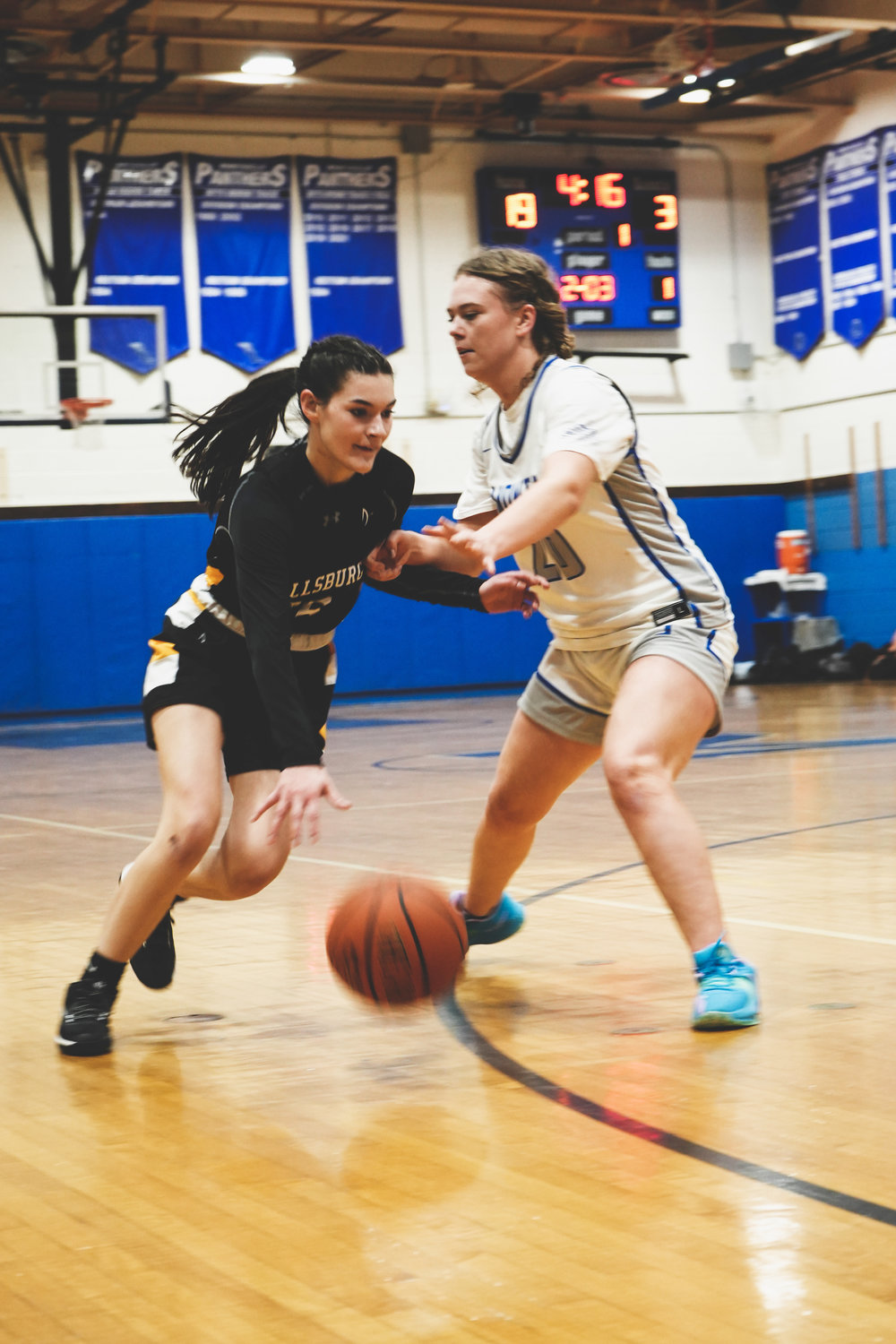 MONTICELLO – The Lady Panthers executed on both sides of the court in a non-league matchup against Fallsburg to defeat the Lady Comets 52-18, a convincing win for the Monticello squad. The Lady Panthers were led by a monster 22-point outing from Aaliyah Mota, with 13 of those points coming in the second half.

Mota was locked in on both ends of the court, coming up with multiple steals and fast break buckets to keep Monticello in full control of this game from the jump to the final buzzer. Janee Vias added 14 points for the Lady Panthers, including six first-quarter points on back-to-back 3s to set the tempo early.

On the defensive end, Monticello initiated a full-court press that rattled the Lady Comets’ guards.

The Lady Panthers closed out the first half on a 15-2 run to take a 27-7 lead into the half. They continued the trend in the third quarter, outscoring their opponents 12-3 to end the third quarter with a 29-point lead.

Emily Perna led the Lady Comets’ scoring in the fourth quarter, scoring four of her seven points in the frame. She accounted for half of Fallsburg’s second half scoring, attempting to cut the deficit created by multiple empty possessions and turnovers caused by the Lady Panthers smothering defense.

Both coaches expressed that they have things to take from and build off of after this matchup.

Sheila Burns, coach of the Lady Panthers, gave a huge shoutout to her seniors for setting the tone early and was excited about the play from her young core as well.

Coach Michael Ballard of the Lady Comets had some great things to say about both ball clubs and stated him and his girls will be ready for the matchup to come this following week.