MIDDLETOWN — Lisa LaBue, a registered Republican and Middletown resident, is new to politics. Watching her friends and family leave the State in recent years because of the direction they … 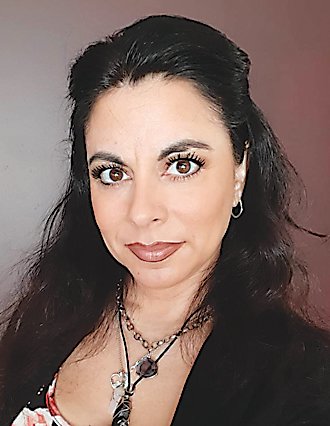 MIDDLETOWN — Lisa LaBue, a registered Republican and Middletown resident, is new to politics. Watching her friends and family leave the State in recent years because of the direction they felt it was going in, she had two choices, follow their lead or get involved.

She chose the latter.

Having already received the Republican and Conservative party endorsements in both Sullivan and Orange Counties, LaBue is challenging Democratic incumbent Aileen Gunther in the race for NYS’s 100th Assembly District.

“I feel like we need stronger voices for regular people like myself,” said LaBue. “I don't feel that there’s that type of representation in Albany, and I believe that our government isn’t functioning, even on the state level, the way it should, where it comes from the bottom up, not top down where we’re dictated to.”

LaBue, a proud mother of two sons, Kevin (30) and Cole (18), and former small business owner, is currently an assistant vice president at a bank, focusing on business development and loans.

She said she could just stay doing that, and not get involved, but she can’t.

She believes there needs to be more fiscal responsibility and accountability in Albany.

“Taxpayers of the state should know how their money is being spent,” said LaBue.

“There's just too many loopholes in that bail reform bill that need to be changed, or it needs to be repealed,” said LaBue. “At the very least, it needs some sort of work, and to be looked at again.”

“They should have school choice and more advocacy available to them,” said LaBue.

As someone in the middle class, LaBue said she knows the struggles they face, as well as the challenges that come with running a small business, adding that she knows firsthand the expenses and liabilities put upon them.

“I know ... a lot of the laws that had changed, even when I owned my business ... how it impacted, especially the small mom and pop businesses,” said LaBue, [and] after the pandemic, they just have been hit even harder.”

LaBue is also involved with the Orange County Chamber of Commerce, serving as an ambassador to them, helping small businesses that join with networking, and addressing any concerns.

“I think I can bring that [their perspective] to the table up in Albany as well,” said LaBue.

The Democrat will have more coverage of the race for New York’s 100th Assembly District leading up to November’s elections, including in-depth candidate profiles and stances on major issues.