SWAN LAKE — A decade after local residents on Swan Lake first began raising awareness and some funds to combat water chestnuts, the battle continues. But residents on Pleasure Lake in Fallsburg … 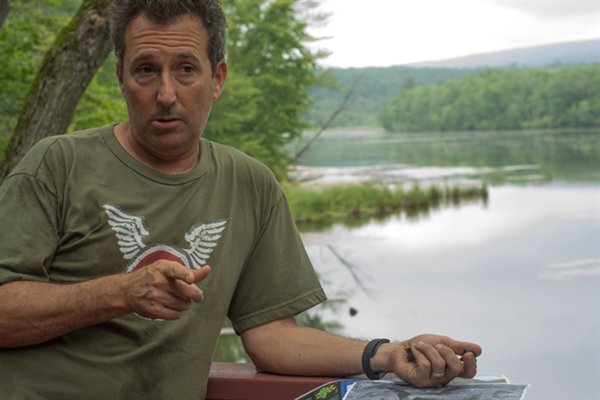 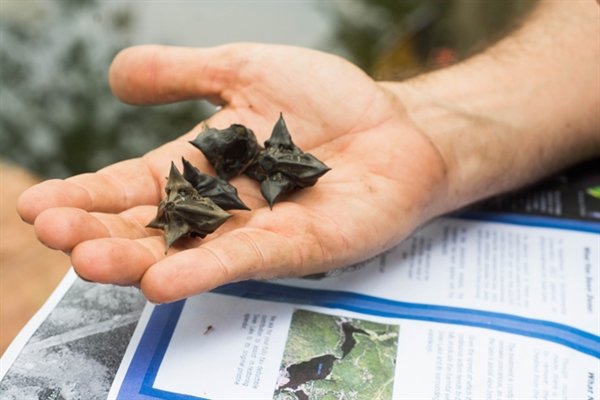 SWAN LAKE — A decade after local residents on Swan Lake first began raising awareness and some funds to combat water chestnuts, the battle continues. But residents on Pleasure Lake in Fallsburg have had more success against the invasive plant.

The European water chestnut (scientific name Trapa natans, or T. natans), was released inadvertently into waters of the Northeast in the late 1800s. And it is slowly but inexorably spreading throughout New York State, clogging waterways, lakes and ponds and altering aquatic habitats.

The problem has also shown up in waterways in New Jersey, Connecticut and Massachusetts, among other states.

Water chestnuts are an annual plant that rely on a seed bank to grow each year. The seeds, called nuts or nutlets, are produced starting in July. These nuts have sharp, spiny protrusions which help transport and distribute the seeds.

Paul J. Edelstein, who built his house on Swan Lake in 2005, has been a leader in the fight to stop the spread of the invasive species.

In 2009, residents began a five-year treatment problem - a combination of hand-pulling and spraying with a herbicide - that has made a difference in certain areas of the lake. He credits resident Nancy Levine and Swan Lake fire chief Tim Eronimous with joining him in leading the fight.

Despite seeing a decline in water chestnuts, the problem is “obviously not eradicated and you must eradicate it,” Edelstein said. “There is no way to know what the seed bed is until you spray it every year.

“Swan Lake is perfect for it (water chestnut growth) because it is so shallow,” he said, adding that the chestnuts deoxygenate the water below and that prevents life-sustaining light from reaching the fish, without which they can't survive. Edelstein believes the infestation started with fishermen and that later resulted in a growing seed bed. He noted that a former owner of the lake, Tony Merolo, did his best to combat the problem, but that the current owner, Malachite Group Ltd., “didn't understand the fragility of the ecosystem” when it first took ownership.

Since then, Edelstein has convinced Malachite to allow him and other residents to help with lake management. One key problem identified was the unfettered access to the boat launch, enabling boats from other lakes to easily spread the water chestnut seed. Edelstein recommended that Malachite erect signage reminding people that the lake is private and, with Eronimous, also began limiting access to the boat launch.

Edelstein said that Merolo initially gave $2,000 to his non-profit, Swan Lake Clean Water Fund, “and then we raised another $5,000 and the DEC granted us permission to use the herbicide to kill the water chestnuts.” He added that Malachite, too, has donated funds for the annual spraying that began in 2010.

Pleasure Lake in South Fallsburg also contains water chestnuts but residents there have had more success battling them.

James F. Creighton, president of the Fallsburg Fishing & Boating Club, said that members of the club discovered aquatic invasive species (“AIS”) water chestnut plants in Pleasure Lake three years ago. He said the Club sought to ensure that AIS not be spread via boats transported from other lakes, and amended its rules to mandate boat cleaning procedures.

The DEC warns that "boats, trailers and associated equipment are common pathways for spreading aquatic invasive species.” Creighton said the club “has been inspecting and approving boats before they enter Pleasure Lake for several years in an effort to prevent the introduction of AIS, and its cleaning procedures are now similar to the DEC's boat cleaning protocols in the Adirondack region.”

The Club has now turned its attention toward supporting the Town of Fallsburg's efforts to treat its own Morningside and Evans Lakes (which are upstream from Pleasure Lake).