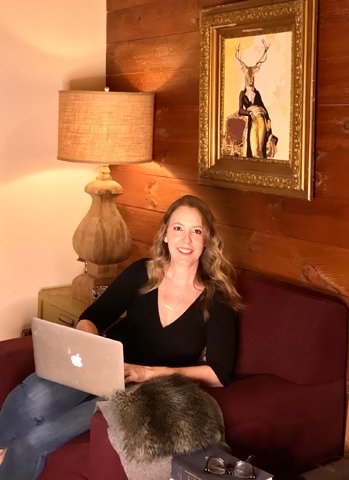 Kambri Crews saw a need for a better system for COVID-19 vaccine location information. So she took matters into her own hands and created a map for the Sullivan County area.
CONTRIBUTED PHOTO
Posted Thursday, March 18, 2021 12:00 am
Isabel Braverman - Staff Writer

REGION - Cochecton resident Kambri Crews was able to get an appointment for her first dose of the COVID-19 vaccine through the website TurboVax that finds appointments from 60 state-run vaccine sites in the New York City area.

The website, which was created by a 31-year-old software engineer, quickly gained recognition and helped people who might not have had access before to be able to secure an appointment.

This inspired Crews to create her own Google map for the local Sullivan County area.

“It's my duty as a citizen to try to be part of the solution, and not part of the problem,” Crews said.

She said the county's website has a list of vaccine sites, but that it's difficult to navigate and may require a few clicks or phone calls to get to the right information.

“It made me wonder if there was a way of pulling the information into one location,” she said.

Crews is not a software engineer or healthcare professional, but using her background in public relations and marketing she's used to finding creative solutions and executing them.

She created the Google map and began getting the word out, posting it on Facebook and attending county legislature meetings to make a public comment.

During her public comment she also offered other ideas on how to get more vaccines to more people, such as using existing infrastructure like the Move Sullivan public bus system to transport people to vaccine sites.

She also suggested staging vaccine hubs at voting locations since they are already ADA compliant and close to home to residents who are familiarized with them.

“I think these are really workable solutions to help our vulnerable and underserved neighbors,” Crews said. “It just requires a little proactive planning and focus.”

After her map was passed around she said she received a few notes from people thanking her and saying they were able to get the shot.

“If even just one person was able to use this map and get an appointment then the time was worth it,” she said.

Crews grew up in a very rural area of Texas, not so different from Sullivan County, without indoor plumbing or running water.

Part of her initiative is to try and reach vulnerable populations, because she says if the pandemic happened when she was young, she and her brother “wouldn't have gotten vaccinated, we wouldn't have even known how to.”

The county has consistently ranked second to last in the Robert Wood Johnson Foundation County Health Rankings & Roadmaps (it's now third to last) and has a poverty rate of around 16 percent, according to the latest data from the U.S. Census Bureau.

As of Wednesday, it currently has around 9.4 percent of the population vaccinated, compared to the state at 11.8 percent.

“It's disheartening to know that Sullivan County ranks so poorly in overall health,” Crews said. “My hope is that maybe we can shine a light on [that] and use this time to think outside of the box on ways we can reach our rural communities.”