SULLIVAN COUNTY –– The end of the regular season is always quite frantic, as teams try to make up games canceled throughout the season, whether it be related to weather, the pandemic or … 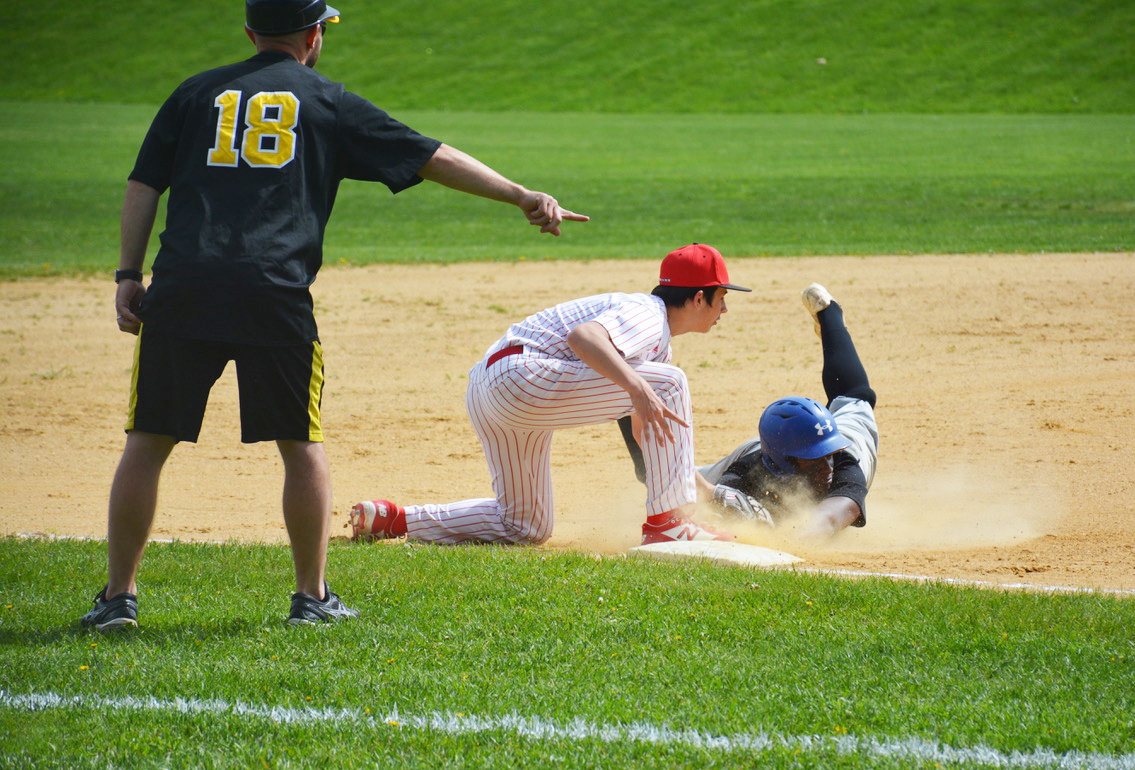 Fallsburg’s Eugene Johnson blasted a ball into the outfield. While earning an RBI, he was tagged out in the nick of time going for a triple by Liberty’s Cody Ricco.
Joseph Abraham | Democrat 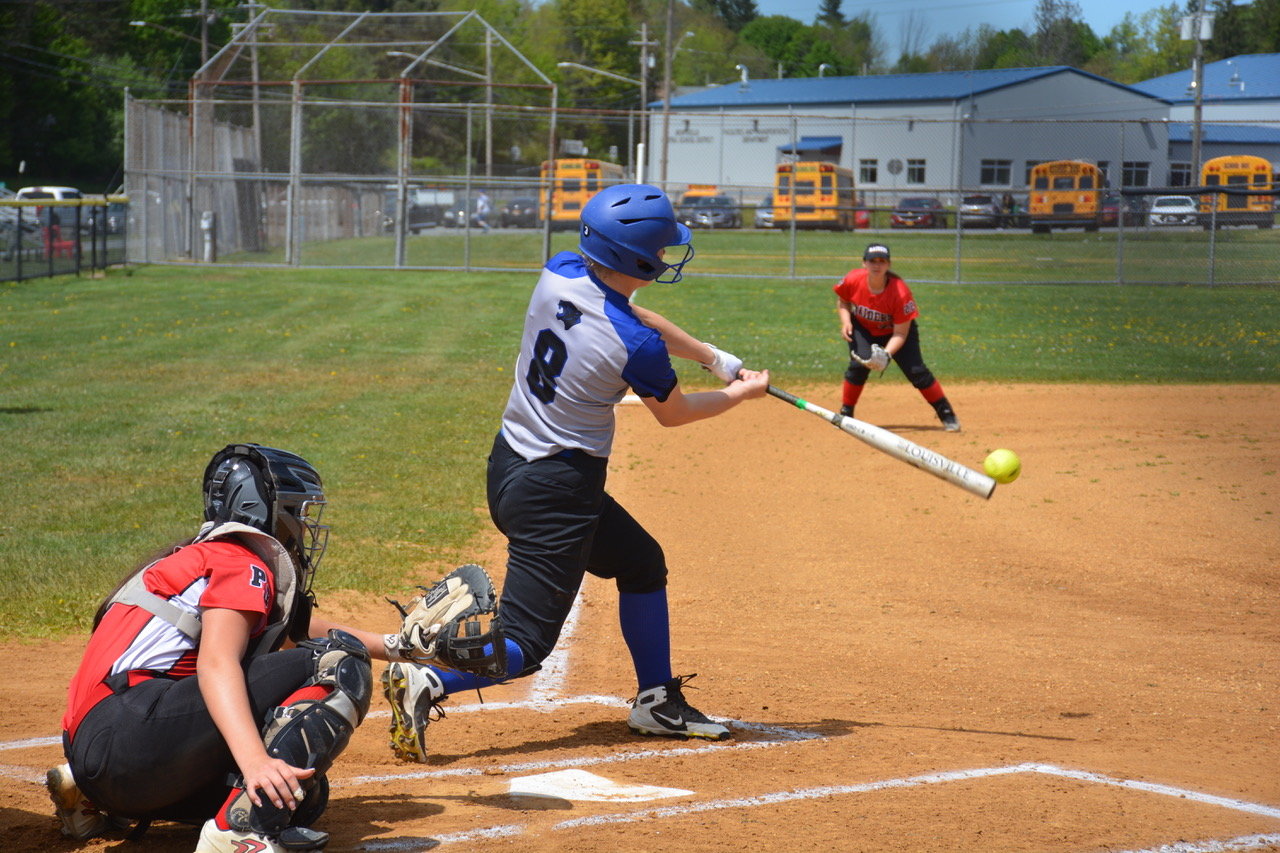 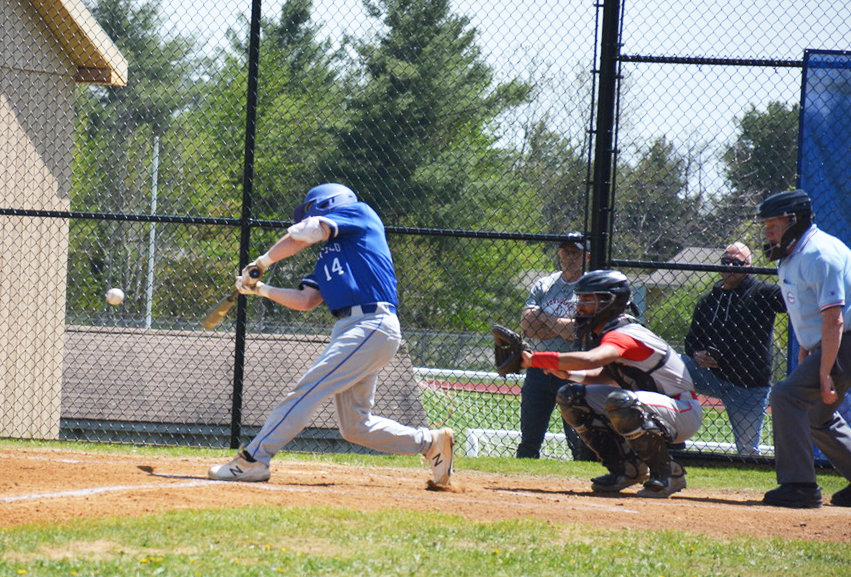 Senior Brandon McGar gets a piece of this pitch for a Monticello single.
Joseph Abraham | Democrat 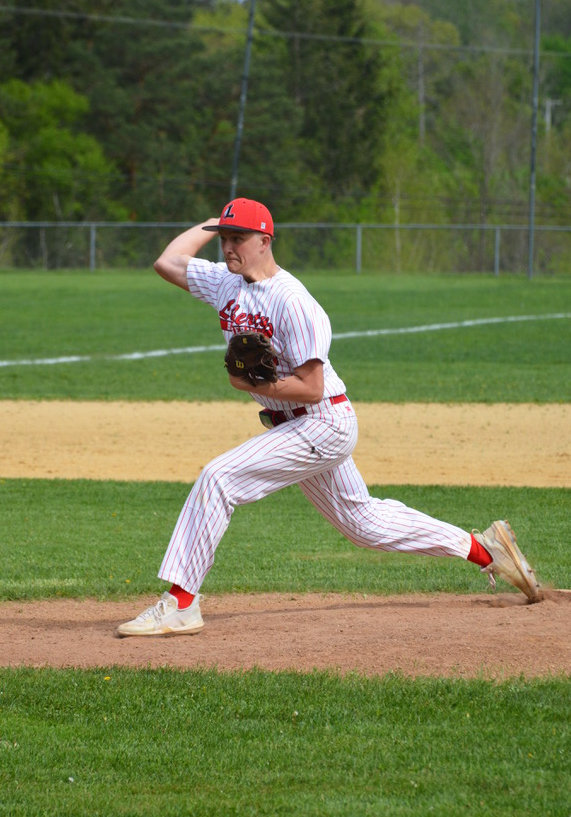 Londyn Guara earned the win on the mound for Liberty in the first of two league games against Fallsburg in Wednesday’s Doubleheader.
Joseph Abraham | Democrat
Previous Next
Posted Friday, May 20, 2022 4:33 am
By Joseph Abraham

SULLIVAN COUNTY –– The end of the regular season is always quite frantic, as teams try to make up games canceled throughout the season, whether it be related to weather, the pandemic or transportation issues.

This past Wednesday featured a huge slate of contests featuring Sullivan County teams.
Here’s a recap of those events!

Baseball
The Tri-Valley Bears won a close 10-9 league matchup over S.S. Seward, qualifying them for sectionals.

“This was a really good league win for us,” said T-V Coach Kevin Crudele. “We did a much better job of putting the ball in play. I was really proud of how my team responded offensively when Seward scored runs.”

Andrew Cox and Josh Carmody had two RBIs a piece for the Bears, while Brian Kelly, David Allison, Chris Russo and Ethan Mentnech each added one. Cox struck out seven batters on the mound for T-V, while Kelly earned the win in relief, pitching two innings.

Londyn Guara earned the win for Liberty in the first contest, allowing one run in five innings. On offense for Liberty, Tanner Bury blasted a home run and six RBI, and Elliel Lima batted in four runs for the Indians.

Eugene Johnson had a double and RBI for the Comets.

In the second game, Tim Dirie had a home run and three RBI for Liberty, while Ethan Werlau, Bury and Liam Henry had two hits a piece.

One bright spot for the Panthers was a single by Brandon McGar in the first inning.
Hunter Russo took the loss for Monticello, allowing nine runs in five innings, but striking out four.
Arya Bhatt and McGar each collected one hit for Monticello.

Softball
The Eldred Yellowjackets kept on rolling with a 6-1 league win over Chapel Field on Wednesday.
Dana Donnelly struck out nine for Eldred, only giving up three hits. Bryn Greenfield had two hits and two runs for the Lady Yellowjackets, while Annie Davis also had two hits.

Over in Monticello, the Lady Panthers hosted Port Jervis and Minisink Valley (M-V) in a doubleheader. They fell to Port 13-2, before visiting M-V beat them 23-0.
Ryleigh Schoonmaker struck out four Port batters, while Erin Brawley earned an RBI for Monticello.