WURTSBORO — During their most recent meeting, boardmemebers in the Town of Mamakating approved the 2022 budget and signed the new collective bargaining agreement with the highway … 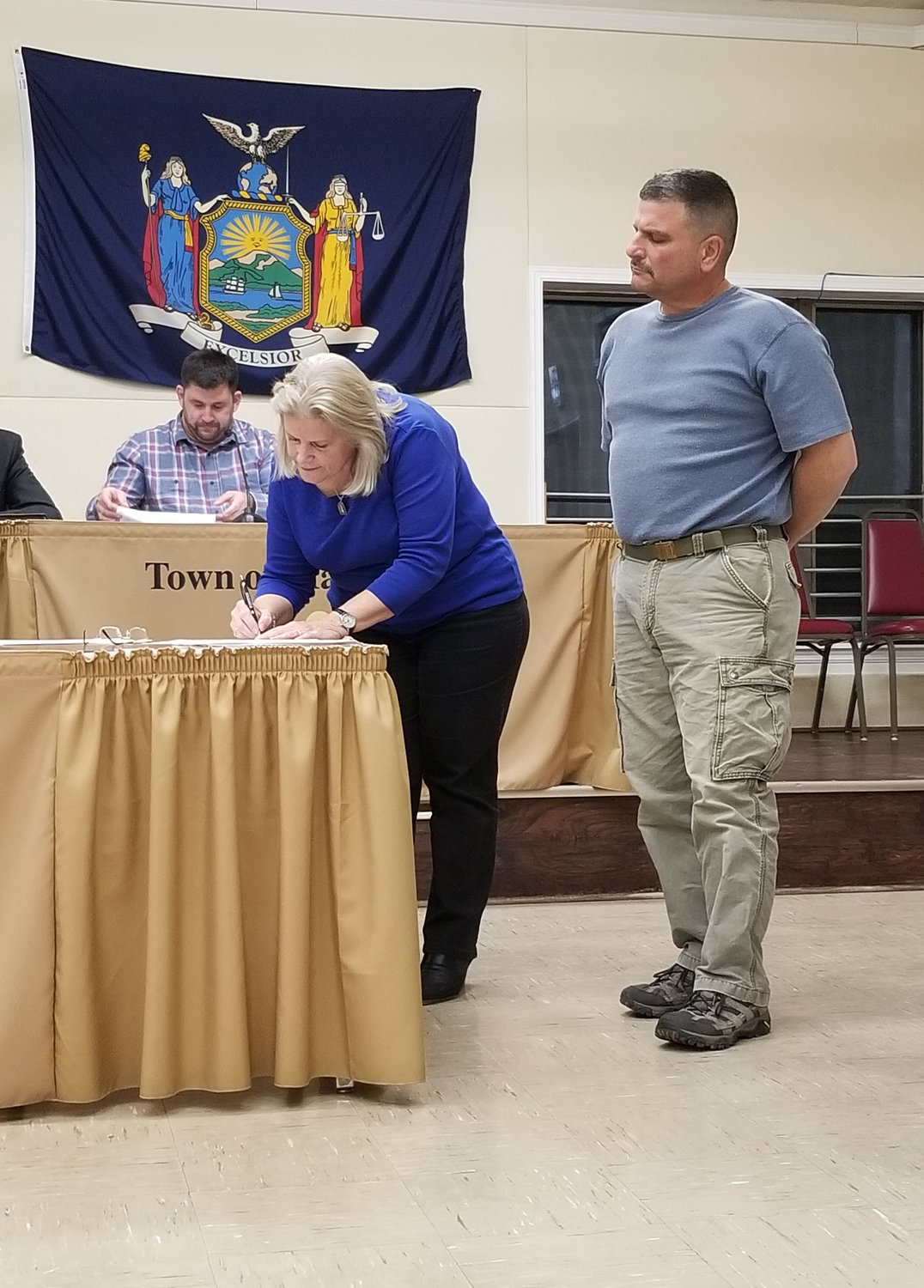 WURTSBORO — During their most recent meeting, boardmemebers in the Town of Mamakating approved the 2022 budget and signed the new collective bargaining agreement with the highway department.

The town’s overall budget is $6,694,700, which equates to a 0.14 percent decrease overall with a minimal tax increase of “maybe a quarter,” according to Lybolt.

All town employees received a raise including the highway department.

During the preliminary budget public hearing on November 4, only two people spoke out about the budget. Bill Lothrap, chairman of the District Board of Commissioners, and Cliff Seitter, a fireman from Summitville, both inquired about an error in their fire stations’ budgets. Lothrap stated that the 6.37 percent budget listed on the preliminary budget did not match the numbers Wurtsboro Fire Department submitted. Seitter stated that the 3.38 percent listed for Summitville Fire Company was also incorrect.

Town Supervisor Janet Lybolt stated that there was an error in the numbers when previous years’ budgets were being changed over to this year. She assured Lothrap and Seitter that the errors would be fixed.

Lybolt later told the Democrat that the Fire Districts’ budgets are not actually connected to the town’s budget. The town tax collector, however, collects the taxes for the Fire Districts.
In addition, Supervisor Lybolt and representatives from the highway department signed the collective bargaining agreement. At the signing, Lybolt announced that she was proud to present this agreement to the highway department after fighting with the previous administration for six years.

In October of 2019, members of the highway department began picketing the town board meetings in efforts to get negotiations moving for their new contract. Their previous contract expired in 2015 resulting in no new raises for the department for almost 5 years (as of 2019). When Lybolt and other council members were elected in 2019, they moved quickly to sign a Memorandum of Agreement (MOA).

The MOA allowed the highway department to receive their raises and retroactive pay since they had not received a raise since 2015.

The previous contract was valid from January 1, 2010, to December 31, 2015. The new collective bargaining agreement will be valid from January 1, 2021, until December 31, 2026. Lybolt stated that she wanted to protect the highway employees, and they now know where they stand for the next six years. Lybolt continued that she was “very very happy to work with the highway employees and bargaining unit.”

She stated that she worked closely with Councilman Thomas Morrow as well. She said that the highway department is a huge part of the town, and she hopes this contract “highlight[s] how important they are to the town.”

Highway Superintendent Rob Hufcut stated that he was very happy for the employees of the highway department on their new contract. Hufcut has thanked his employees at every town board meeting for their hard work, and he said they more than deserve the praise.