LIVINGSTON MANOR – The Lady Panthers got the job done in spectacular fashion last night against the Lady Wildcats. Monticello’s Aaliyah Mota gave the offense the spark they needed in the … 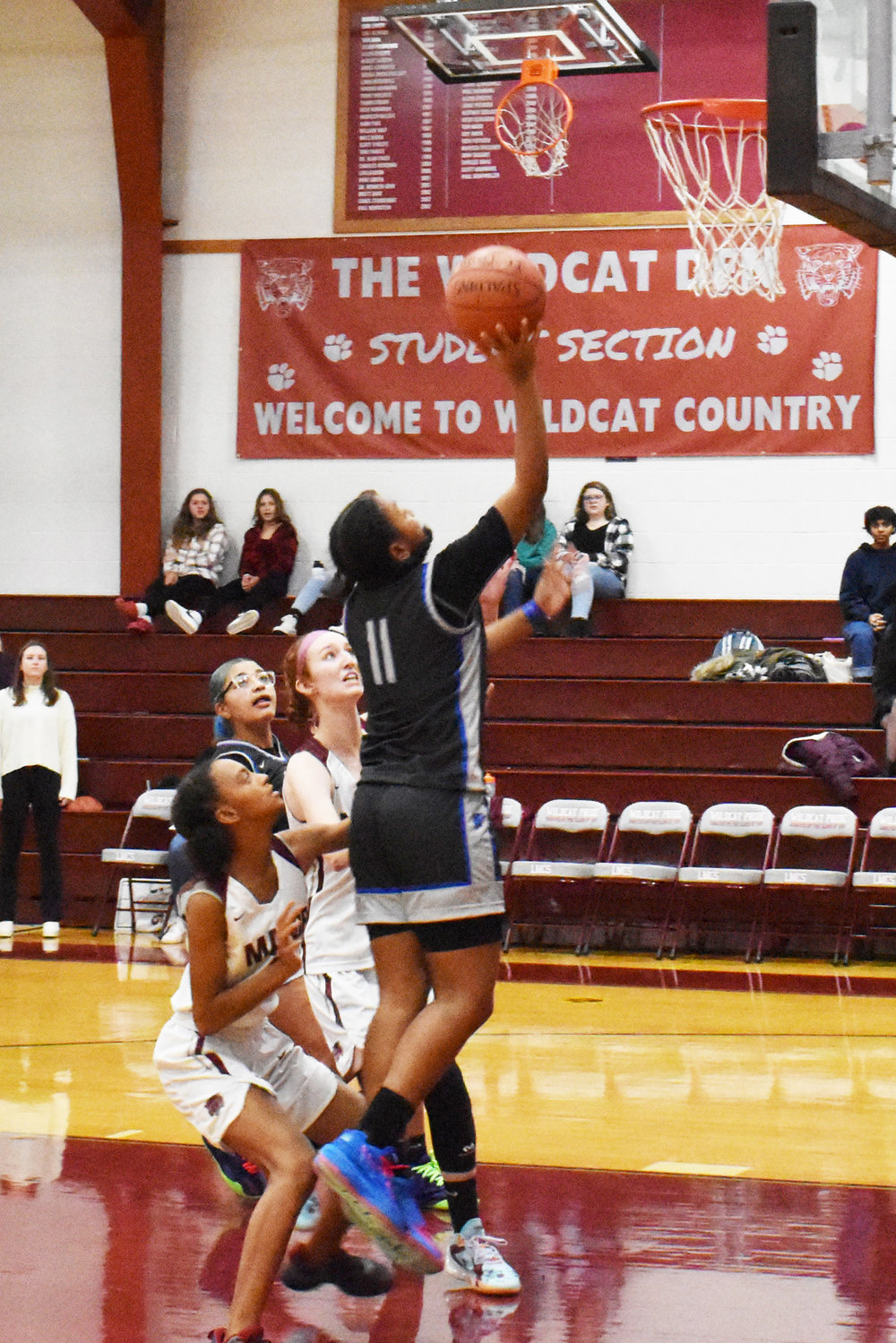 Aaliyah Mota gave the Lady Panthers a spark with her 26-point performance. She started with nine in the first quarter and never looked back as Monticello earned a non-league victory over Livingston Manor.
Anthony Morgano | Democrat
Posted Friday, December 9, 2022 6:30 am
Anthony Morgano

LIVINGSTON MANOR – The Lady Panthers got the job done in spectacular fashion last night against the Lady Wildcats. Monticello’s Aaliyah Mota gave the offense the spark they needed in the 51-22 victory with a 26 point performance.

Livingston Manor’s varsity girls team have gotten off to a slow start after last year’s Section IX Championship run. They started their season in Walton’s tournament, losing both games last weekend before their home opener on Monday against Walton.

Walton’s Jacqlyn Gransbury lit up the scoreboard with 41 points in the 76-23 victory, but the three Section IV games set the stage for Wednesday’s non-league matchup against Monticello.

Aaliyah Mota, who has been a tremendous basketball player throughout her high school career, led all scorers with 27 points.

At the onset, Monticello jumped out to an early 10-0 lead, but Livingston Manor answered back with a 5-0 run to end the quarter.

The Lady Panthers outscored their opponents 14-8 in the second quarter, increasing their lead to 24-13 by halftime.

The Lady Wildcats, who had just six players due to illness, were unable to score in the third quarter, while the Lady Panthers added 15 points to their lead, pushing the score to 39-13 by the end of the third.

Monticello closed out the wire-to-wire victory with a 12-9 run in the final frame, finishing the game off at 51-22.