Last week I was away a couple of days at a buying show for lawn and garden products for next spring. Usually this just means buying items in advance that we know we will need and getting an extra … 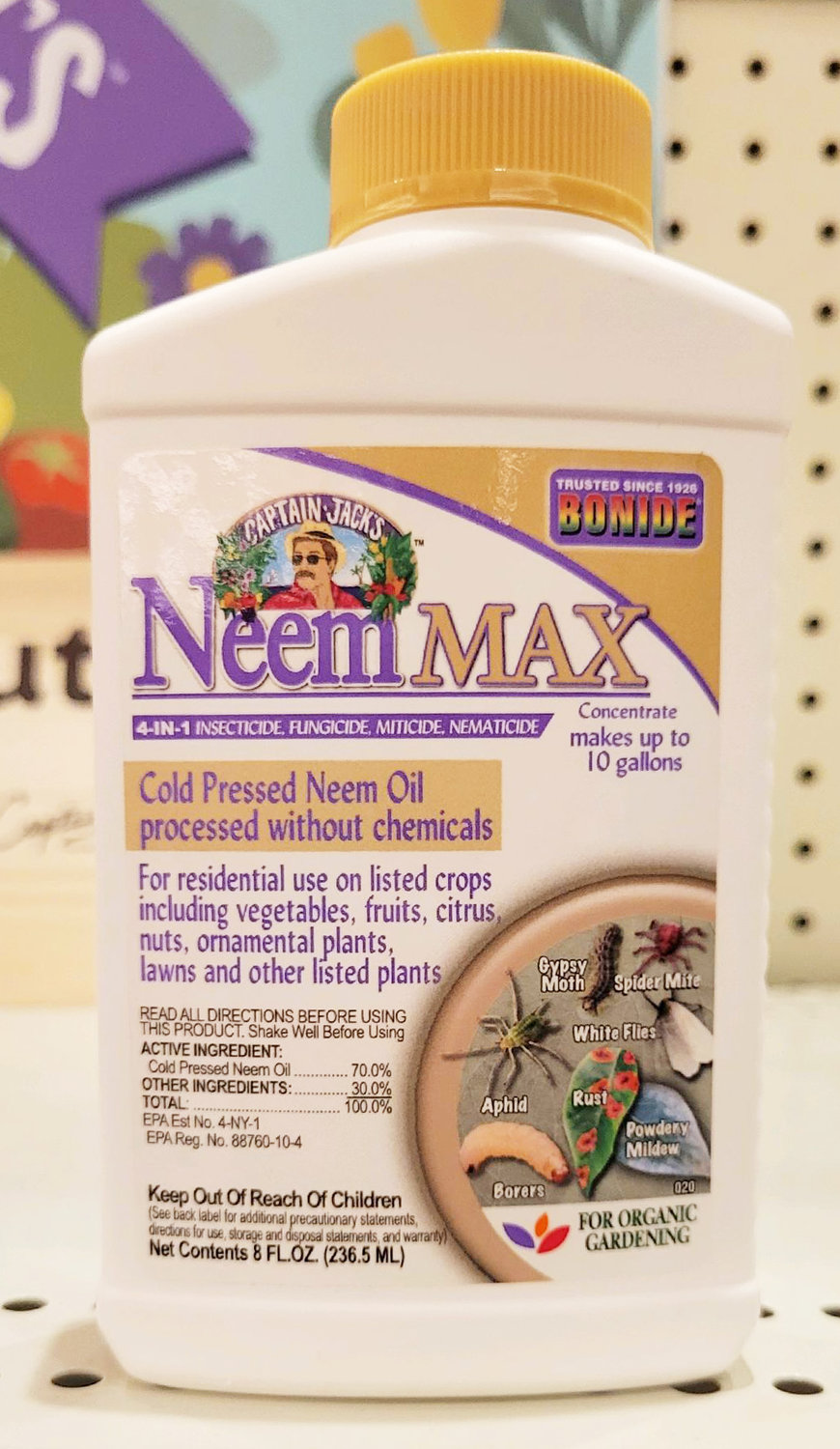 Last week I was away a couple of days at a buying show for lawn and garden products for next spring. Usually this just means buying items in advance that we know we will need and getting an extra discount in the process. This has been more important in the last two years due to global sourcing issues. This way our suppliers know which items they need to stock up on and the earlier they can place their orders, the better chances are that the product will be available in time for spring.

This year however, there were some new products in the way of insecticides for next year. Word on the street is that New York State and a few others are in the process of banning Neonicotinoid insecticides. Neonicotinoids are a class of neuro-active insecticides chemically similar to nicotine. Nicotine dust, once used as an insecticide was banned back in the early 2000s. The neonicotinoid family includes acetamiprid, clothianidin, dinotefuran, imidacloprid, nitenpyram, nithiazine, thiacloprid and thiamethoxam.

Imidacloprid has been the most widely used insecticide in the world from 1999 through 2018. Imidacloprid, which is the active ingredient in many flea control products, is effective against sucking insects, some chewing insects, soil insects and fleas on domestic animals.

Neonicotinoids are less toxic to birds and mammals, compared to organophosphate and carbamate insecticides, but they are still detrimental to pollenators. Neonicotinoid use has been studied in relation to adverse ecological effects, including honey-bee colony collapse disorder, and declining populations of insect-eating birds.  By 2013 neonicotinoids were used in the United States on about 95 percent of the commercial corn and canola crops, the majority of cotton, sorghum, and sugar beets and about half of all soybeans.

But now, nearly three decades later, neonicotinoids may be on the way out. Introducing NeemMAX, which is an organic plant-based, botanical insecticide that contains the full spectrum of bioactive compounds that stops the insect lifecycle.

Many of the popular insecticides of the past, like Sevin, Agway Fruit Tree Spray and Ortho Bug-B-Gone, will all get a makeover next year, as chemical manufacturers want to get ahead of the curve when it comes to government regulations. Manufacturers have become a lot more pro-active instead of re-active when it comes to market and governmental conditions.

Now, the salesman at the trade show who I spoke with about the NeemMAX knew the basics about the product, but some of the specifics still needed to be explained to me. The new NeemMAX product is supposed to be stronger against insects because it is derived from a new “Cold Pressed” process that does not use any chemicals. I went to the Bonide Chemical website, the makers of NeemMAX, to find out more information, but there was nothing there that I didn’t already know.

So I guess by next spring when this product gets on our shelves, I should have all the answers. But one thing is for sure, NeemMAX is safer for pollenators, which is a good thing because ever since I started promoting the “No Mow May” campaign, pollenators have been literally coming out of the woodwork. I have caught four swarms of bees this year in the same spot, which is four more swarms than I have caught in the past two years combined.

And I am not the only one. Last week, while I was away at that buying show, a customer came in and cleaned us out of beehive frames, as they were setting up new hives for swarms they have collected as well. It seems that three day period of rain we had a few weeks back really allowed the goldenrod to bloom in force, and the bees have been producing an amazing amount of honey from the pollen and nectar they have been collecting, which has lead to a population spike in the hives.

In fact, I think one of the swarms that I collected a month ago already produced a second queen and split into one of the new swarms that I have in my swarm trap again. Unlike most beekeepers, I let my colony produce new queens in the hope of catching the new swarm before they get away. So far this year it has been working out quite well.

Now it needs to be said, that even though NeemMAX is safer for bees, in higher concentrations it can still kill bees. Do not use the product when your plants are blooming, like apple and pear trees in April.

So whether it is “No Mow May” or the reduced use of Neonicotinoid insecticides, our pollenators can really “bee” happy next spring.

Check out the Old Farmer’s Almanac