MONTICELLO – Division games always bring an extra dimension of competition and high stakes with them, and Friday’s contest between Monticello and Port Jervis was no different. Despite … 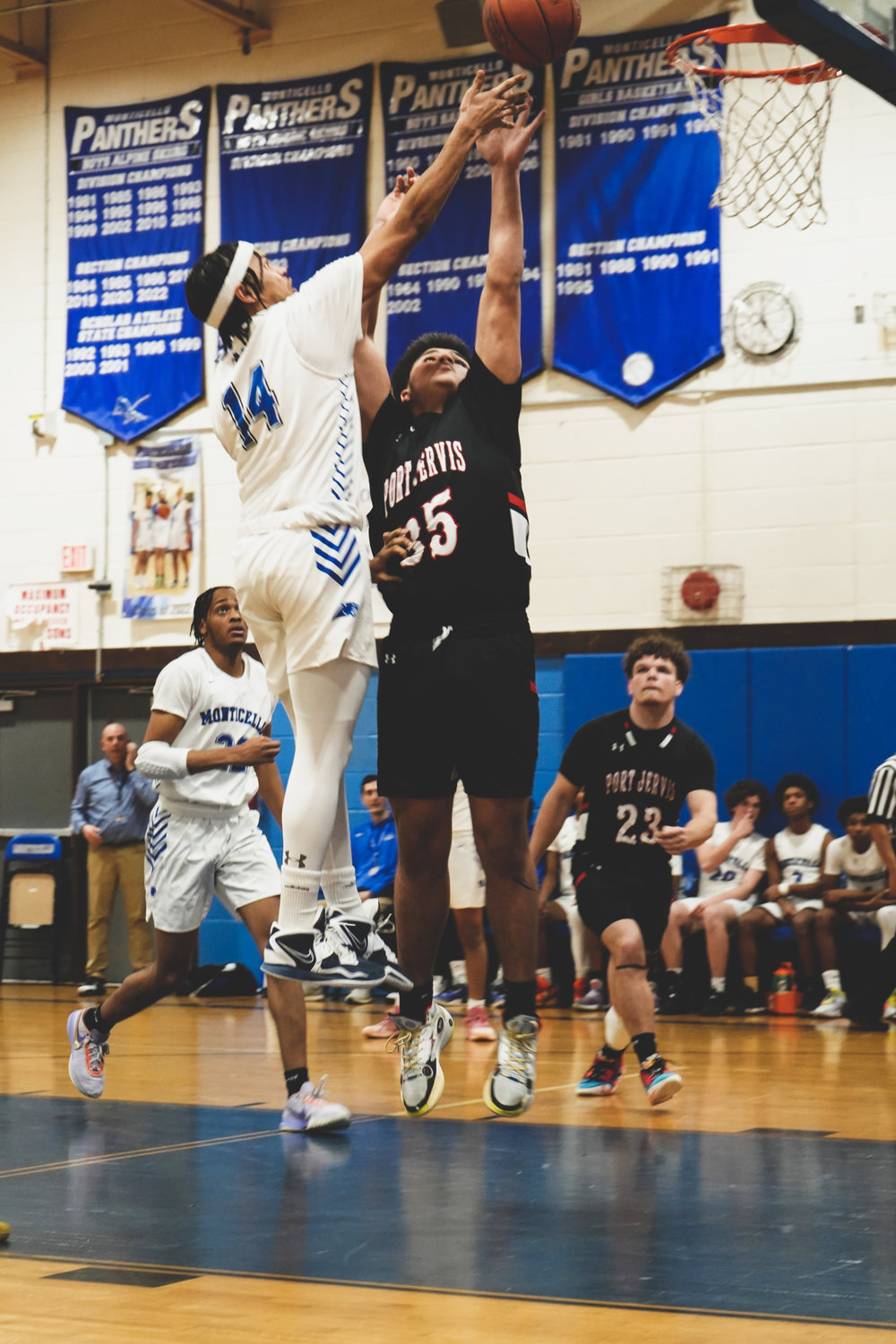 Monticello’s Xavean Mitchell goes up for 2 of his 12 points in a tough loss to the visiting Raiders.
Yovanni Fields | Democrat 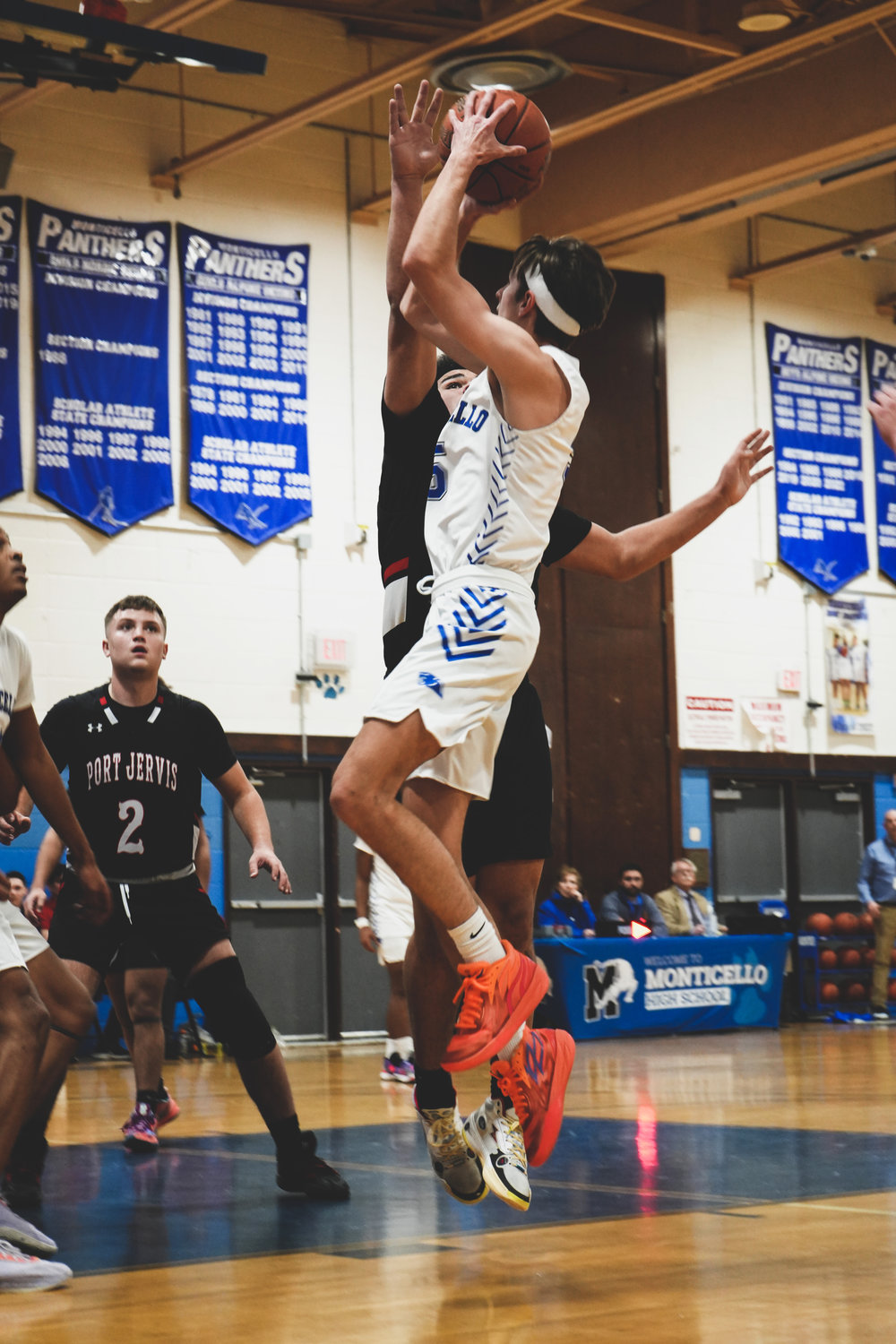 MONTICELLO – Division games always bring an extra dimension of competition and high stakes with them, and Friday’s contest between Monticello and Port Jervis was no different. Despite their downhill attack and fast pace early, the Panthers would ultimately fail to close out the win, dropping the home game 47-40.

The Panthers held the lead for the first 85 percent of the game, despite being outrebounded by the Raiders. Thanks in part to a strong first quarter leading to a 13-4 lead, with senior guard Joseph Russo netting five points in the quarter. Russo knocked down a three-pointer that was instantly followed by a Raiders’ timeout during the first.

Monticello started the second quarter in a man trap defense that led to a 4-0 run, but Port quickly countered with a 10-2 run of their own. Their relentless attacks on the glass, and the spark from Calvin Crew, helped keep the Raiders in the game. By halftime, Monticello led by only five points, with a 19-14 score at the break.

Port Jervis was not going down without a fight, however, and cut the Monticello lead to just two points. Entering the fourth quarter, each team had a fighting chance of coming out victorious in a must-win game for both sides.

Christian Brown and Mitchell led the Panthers in the fourth quarter on offense, but a few missed attempts at the basket and a couple ill-timed turnovers allowed the Raiders to hang around.

Monticello trailed by one with just three-and-a-half minutes to play when Brown was fouled on a shot, earning a trip to the line and nailing both free throws to give Monticello a 36-35 advantage.

The two teams exchanged a few buckets, but the Monticello offense stalled at the 40 point mark and began fouling to extend the game, leading to the seven-point swing in favor of Port Jervis to end the game.

Port Jervis Coach Pupolo said, “I think that we started the game slow, but after halftime we came out and started hitting our shots and made some big defensive plays.”

Monticello Coach Chris Russo said, “I’m so proud of how we played. We wouldn’t do anything differently throughout the game, we just wanted a different outcome. It was maybe the toughest we’ve played start to finish.”