P.L.A.Y. the Classics welcomes back the Young People’s Chorus of New York City in “An Afternoon of Choral Artistry”

BETHEL – Excitement is building for “An Afternoon of Choral Artistry,” an encore performance by the Young People’s Chorus of New York City (YPC). The multiple-award-winning …

P.L.A.Y. the Classics welcomes back the Young People’s Chorus of New York City in “An Afternoon of Choral Artistry” 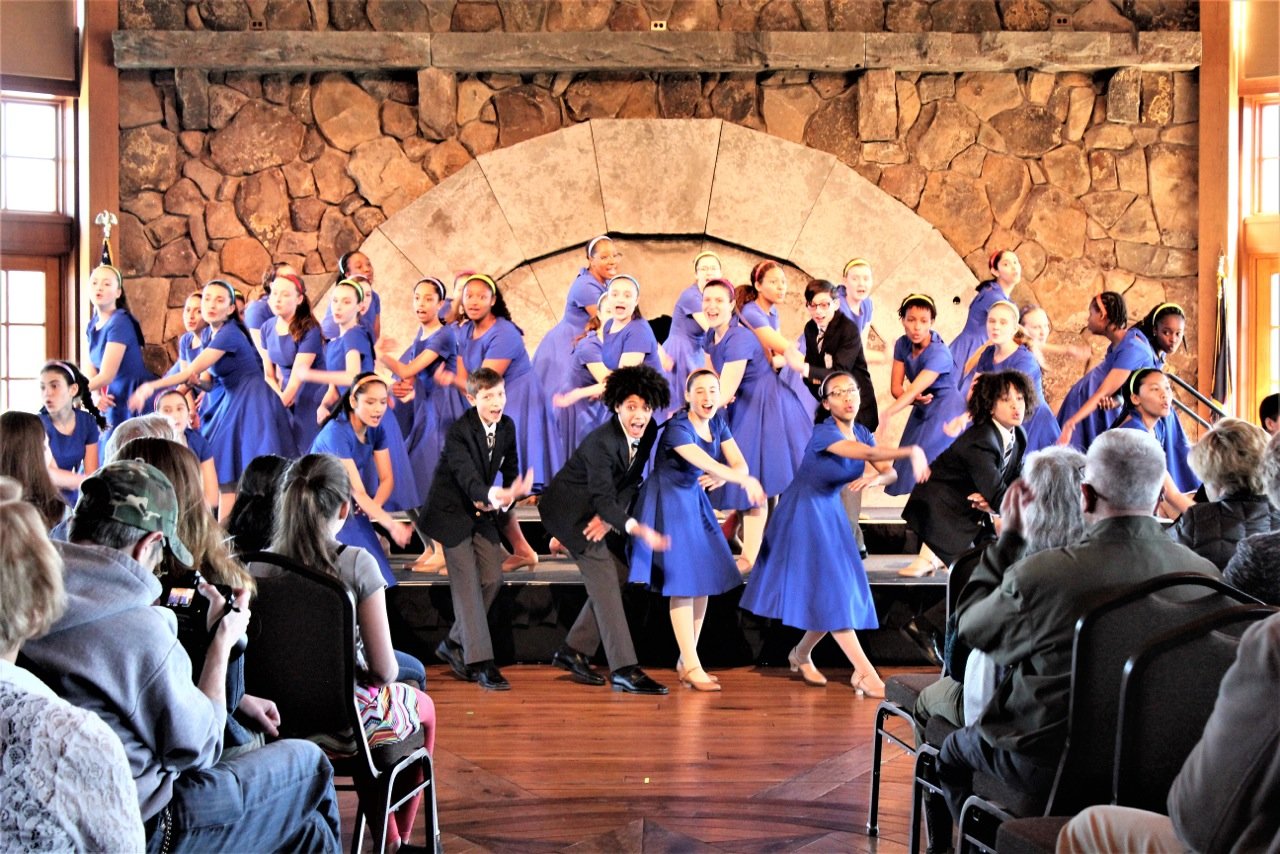 The Young People’s Chorus performing at Bethel Woods Event Gallery in 2018. They’ll be returning for an encore performance on Sunday, December 5 at 3 p.m.
Contributed Photo | Photo by Carol Montana
Posted Tuesday, November 23, 2021 7:00 am

BETHEL – Excitement is building for “An Afternoon of Choral Artistry,” an encore performance by the Young People’s Chorus of New York City (YPC). The multiple-award-winning chorus last performed in Sullivan County to great acclaim in April of 2018.

The performance, a part of P.L.A.Y. the Classics (“Peace, Love, Arts, You!”), a collaboration of the Shandelee Music Festival and Bethel Woods Center for the Arts, will be held on Sunday, December 5 at 3 p.m. at the Bethel Woods Event Gallery.

A multi-cultural youth chorus, the YPC is internationally renowned for its superb virtuosity, brilliant showmanship and innovative model of diversity. The group was founded in 1988 by Artistic Director Francisco J. Núñez, a MacArthur Fellow and Musical America’s 2018 Educator of the Year. His commitment to the arts, youth, and diversity have been recognized through numerous awards and honors, including: an ASCAP Victor Herbert Award; the New York Choral Society’s Choral Excellence Award; ASCAP’s 2019 Life In Music Award; Musical America Worldwide’s 30 Influencers; and honorary Doctor of Music degrees from both Ithaca and Gettysburg College.

Among the many awards the YPC has earned are a National Arts and Humanities Youth Program Award, the Margaret Hillis Award For Choral Excellence, and the 2018 Choir of the World award. Additionally, in 2017, the YPC was the first children’s chorus to open Lincoln Center’s Mostly Mozart Festival, and the chorus won five gold medals in every choral competition category at the 2015 Golden Gate International Choral Competition.

The YPC is described by Opera News as “one of New York City’s artistic treasures.”

The program for December 5 will include original, traditional and spiritual songs, as well as some holiday classics such as: “To Sing,” “Coventry Carol,” “Hallelujah,” “Sleigh Ride,” “Ose Shalom with Bottle Dance,” “Bridge Over Troubled Water,” and “Footprint on Winter.”

The Bethel Woods Event Gallery is located at 200 Hurd Road in Bethel.

Tickets for “An Afternoon of Choral Artistry” on December 5 at Bethel Woods are $35 for General Admission, $30 for SMF Members, and $10.00 for students 17 and under. More information about the SMF, along with an opportunity to become a member, join the mailing list, sponsor a concert and purchase tickets is available at www.shandelee.org or by calling (845) 439-3277 or (646) 657-0284.