The recent news that the polio virus has been discovered in wastewater in Sullivan County has raised concerns here that the disease, long thought to be eradicated, might make a resurgence. … 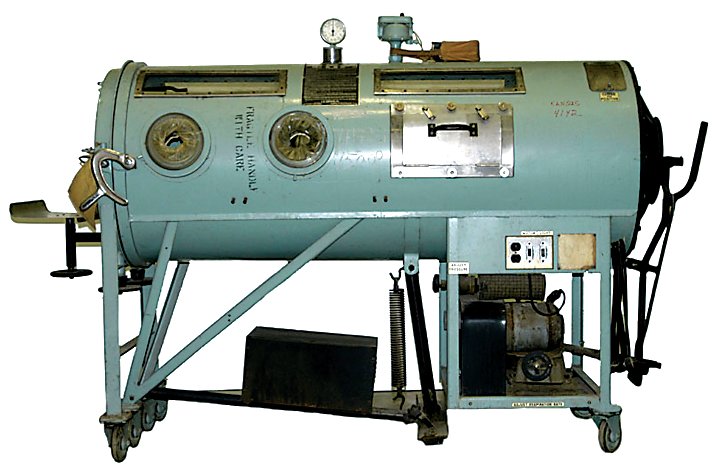 The recent news that the polio virus has been discovered in wastewater in Sullivan County has raised concerns here that the disease, long thought to be eradicated, might make a resurgence.

It turns out that such concerns are not unprecedented, and 70 years ago, in September of 1952, local officials were keeping a close eye on the steadily rising number of polio cases in the county. Of course, Sullivan County was not the only place in that situation in the years between the 1940s when polio incapacitated an average of 35,000 people per year and 1955, when the polio vaccine became available.

The increase in the number of cases in the county was even more disturbing in light of two developments that had occurred that summer. First of all, county officials had learned that the two polio treatment centers in closest proximity to Sullivan had both closed down due to the lack of qualified staffing.

“Sullivan County today was without a nearby polio patient hospitalization center and with both a center at Poughkeepsie and another at West Haverstraw closed to it was ‘on its own’ in dealing with any possible acute outbreaks of the affliction,” the Liberty Register newspaper had reported in its July 31, 1952 edition.

The news of the closings of the two nearby treatment centers, as well as the revelation that the county no longer had an iron lung available at any of its hospital facilities made the sudden spike in cases that resulted late that summer even more disconcerting. The county’s iron lung—the ventilator that enabled incapacitated polio victims to breathe-- it was discovered, had been shipped elsewhere due to the fact that there was no one locally who was qualified to operate it.

“Polio. which in the nation has hit a new high peak of incidence rose during the last week to a new high mark for non-resident cases this year in Sullivan County as Dr. John A Degen Jr, district health official in Middletown, said there are now 28,” the Register reported in a front page story in its September 18, 1952 edition. “The 28 resulted when six additional cases sent to New York and for which definite diagnosis had not been made were found positive by the New York City Health Department.”

The Register reported that the six cases had all been “summer vacationists” in the county who had fallen ill during August. Two of the six were vacationing in Fallsburg, two in Liberty, one in Monticello and one in the town of Tusten. The same article also noted that the number of cases among county residents had remained steady at seven.

The following week’s Register reported that Dr. Degen had announced that the danger of any further spread of polio in Sullivan County had likely passed.

“Dr Degen said that for the second consecutive week no new resident cases of polio were reported in the county leaving the total for 1952 at seven,” the paper said, adding that Degan had also announced that “no further news releases will be issued” by his office.

Nonetheless, the paper reported in its July 2, 1953 edition that Judge Harold Spriggs of Livingston Manor, chairman of the Sullivan County chapter of the National Foundation for Infantile Paralysis, was urging communities to develop disaster plans for possible polio outbreaks that summer.

“He pointed out that national incidence of the disease this year is already running about 25 per cent ahead of the same period in 1952, which was the worst year in recorded polio history, with 57.628 reported across the country,” the Register reported.

Spriggs said the National Foundation stood ready to help all localities plan for and deal with any polio outbreaks that might occur.

“No one can foretell the actual number of new cases that will be added to the patient lists of our own chapter,” Spriggs told the Register. “But the National Foundation will not fail any child or adult that needs help.”

In April of 1955, the Register reported that the National Foundation for Infantile Paralysis was helping to facilitate the administering of the polio vaccine developed by Dr. Jonas Salk, and that such vaccinations would begin for children aged five to nine in the weeks ahead, with other age groups following in order of perceived susceptibility to the disease.

Largely due to the successful vaccination campaign, no cases of polio caused by wild poliovirus have originated in the U.S. since 1979.

John Conway is the Sullivan County Historian. Email him at jconway52@hotmail.com. He will present a program on the Federalist Papers at Fort Delaware Museum of Colonial History at one o’clock tomorrow (Saturday, September 17) in recognition of Constitution Day. The program is included in the price of admission to the Fort.