Monday, June 22 was a day celebrating the retirement of Sullivan West's Rick Ellison and ended with Glen Spey's David Powers setting an unofficial course record of 64 at the 18-hole Woodloch Springs … 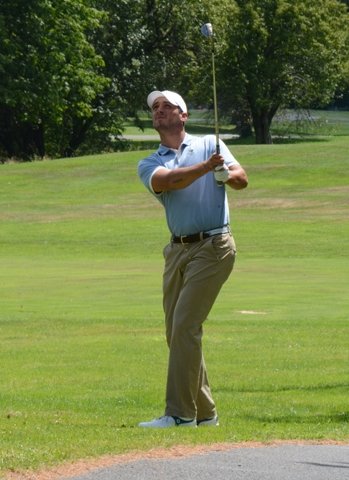 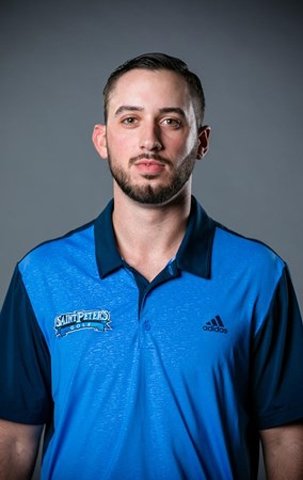 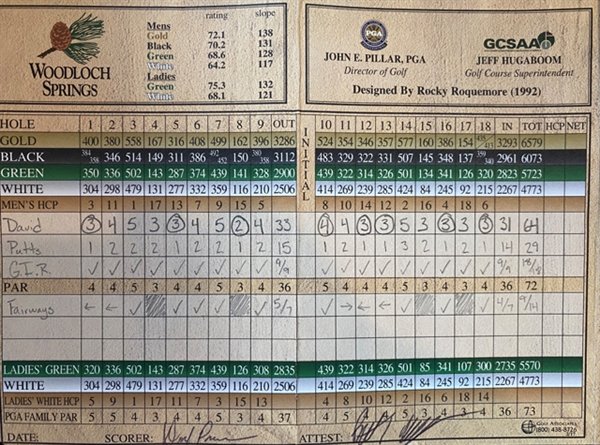 It all started off as a golf day for Swan Lake Golf & Country Club head golf professional Bob Menges, Phil Fanning, Andy Taggert and Ellison as Menges took the foursome over to Woodloch Springs as a retirement gift for Ellison.

Menges noted that the four of them used to play golf together a lot back in the day and that David sent him a text the night before (since David works at Woodloch Springs) and noticed Menges was coming over to play.

When arriving at Woodloch Springs the next morning Powers asked if he could play with them and Menges, who was David's teacher and coach for most of his golfing life, said yes.

Ricky, Phil and Andy also had taught David golf in golf camp at Swan Lake throughout the years.

What happened next was an outstanding display of golf as Powers shot a course record 64 on the 6,579 yard course reaching every green in regulation and never recording a bogey.

Menges described the 22-year-old Powers, “as a golfer with great skills and he hits the ball 340-yards with a driver and I have fond memories of starting to teach him the basics of golf at the age of five.”

Powers, a 2016 graduate at Eldred Central, graduated this past May from Saint Peter's University where in his senior year he competed in all nine rounds of the five tournaments the team competed in during the fall, averaged a 4-over score (75.22) for the season and came up with one of the most memorable single-round performances of the season after shooting a 6-under 84 during the third leg of The Doc Grimmler Invitational on Sept. 14-15.

As an Eldred freshman in May of 2013 he shot a 76 in winning the OCIAA golf championship played at the Grossinger's Country Club.

In July of 2017 Powers qualified for his first Met Amateur, firing a 1-under-par 71 at Black Oak Golf Club in Long Valley, New Jersey.

Powers during his college years was a member of St. Peter's Metro Atlantic Conference championship team and as a freshman shot an even par 71 in the final round of the NCAA Division 1 regional in Austin, Texas.

In our telephone interview with David this week he noted that at the present time he is employed in the Outside Services Department (bag room etc.) at Woodlock Springs and gets out to play golf as often as he can.

In discussing his 64 score on June 22 David said that unofficially this is the lowest score ever shot at Woodloch Springs and it has to be listed as unofficial because it was not recorded in tournament competition but he added, “it's a course record.”

His plans for this winter is to move down to Florida and enroll in the Professional Golf Association qualifying school which he hopes will qualify him to be playing golf professionally next year.

Attached to this story is David's score card recorded on June 22 which shows eight birdies for 18 holes and his total putts of 29 for 18 holes and that all greens were reached in regulation.

Truly an outstanding round of golf by one who could easily be seen on the Professional Golf Association tour next year.

The feature story in this week's column about 22-year old David Powers of Glen Spey clearly shows a young man with determination and the skills to reach the goal of being a PGA professional golfer. What a joy to talk to a golfer that has set a goal to become a professional golfer.

His record setting 64 at Woodloch Springs on June 22 and the score card he kept on himself shows to me a golfer who has got it all together for the next major step into professional golf.

For A Better Game

We all have different ways of doing things on the golf course, which is why one technique or strategy might work for one person but not another.

For example, some of us will visualize the shot we want to hit in our mind, because it helps us execute the shot. For others, they have to experience the shot.

With that said (or written in this case) it never hurts to try something new.

So here are several “pep talks” you can create to help build your confidence for the next round.

After each round of golf, take 60 seconds to sit quietly and replay three best shots of the round. Visualize them in slow motion and lock every detail into your memory. They'll come back to cheer you on in the future.

Tell someone about your best shot of the day, but never talk about your worst shots. Professionals can usually remember every shot during a tournament, but there is one shot they “just don't recall”.....it's their worst shot. Let the bad shots go, and never ever talk about them.

After every shot, remember to say, “great shot” and mean it when you say it. The results may not be exactly what you wanted, but the ball went where you hit it. So go do it again.

Breathe before every shot or putt, remember to breathe deeply and softly. It will relax your body and allow you to focus on the task at hand.

Make it a part of your pre-shot routine to consciously expect a great shot. As you pull the club from your bag, smile. As you look down the fairway or line up your putt, smile. As you stand over the ball, smile. Expect the best.

Finally, but perhaps most importantly, have fun out there. Golf is a game. Yes, it can be very challenging and frustrating at times, but it is intended to be a form of enjoyment.

Enjoy the day, the weather and the time with friends. Chances are, you'll enjoy the wonderful game of golf as well.

Robert Menges is the head golf professional at the Swan Lake Golf & Country Club, Mt. Hope Road, Swan Lake. He is available when the course opens in mid-May. If you have a question or subject you would like covered, he can be reached at 845-292-0323, 845-866-5567 or via email at bobmenges22@gmail.com

Your opportunities will come for a ‘green light,' a realistic one-putt attempt.

Meanwhile, stay calm and patient, be reasonable, steady, conservative, get your solid two putts, and then when the time is right, the distance, the undulation manageable, you feel comfortable and most positive.

Then you strike, like a cat on the prowl, stalking her prey while lurking in the shadows for that opportunity.

For that opportunity that you knew was coming and you begin sinking those one putt shots.

Geoff Walsh is a Class A PGA Professional at the Tarry Brae Golf Course at 387 Pleasant Valley Road, South Fallsburg. At this time private lessons are not available. If you have a question or subject you would like covered, he can be reached by telephone at 845-434-2620.

Ed Townsend is a Public Relations Consultant to the sport of golf and brings over 60-years of sports journalism experience in writing and compiling the information for this column. When leagues and courses are fully in operation send your league or tournament information to Ed at 845-439-8177, email to bghtnews@aol.com or fax to 845-205-4474. View this column and Ed's photos at http://bght.blogspot.com We are also on Facebook and Twitter.