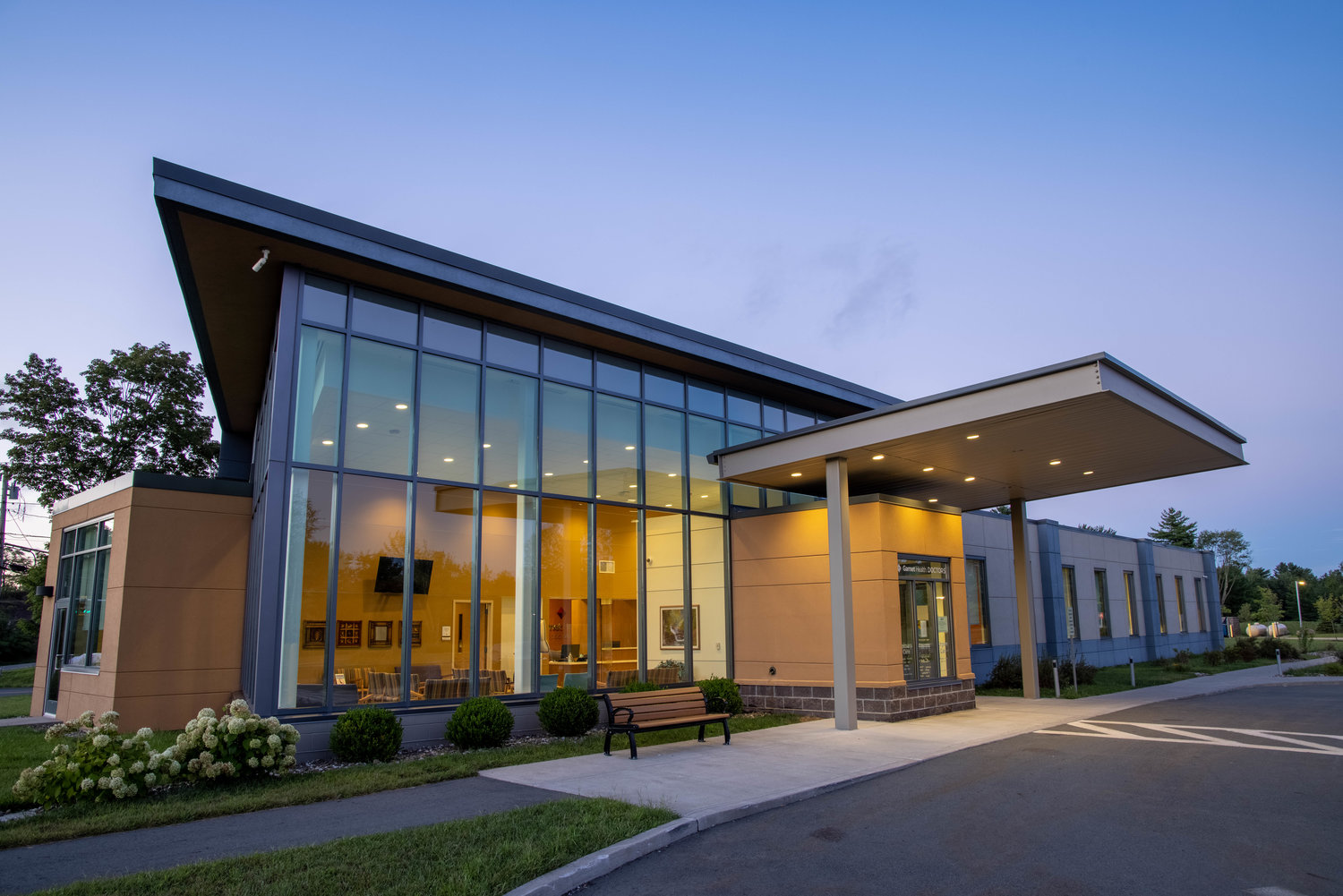 Garnet Health Medical Center urgent care locations in Goshen, Middletown and Monticello (pictured) had a high patient volume on Monday due to an increase in respiratory illness in patients of all ages.
Contributed photo
Posted Friday, December 2, 2022 6:30 am
By Joseph Abraham

On Tuesday, Garnet Health told the Democrat that it was mostly due to an increase in respiratory illnesses including COVID, Flu and RSV in patients of all ages.

When asked what was contributing to the high volume of patients, Garnet Health Urgent Care Medical Director Dr. Reena Patel told the Democrat that due to more indoor gatherings, especially holiday get-togethers, they are seeing a surge in COVID, flu and RSV.

She added that RSV cases have been higher this year, week-by-week, as compared to the last two years.

“RSV is, generally, a disease diagnosed in young children and the elderly population however we are seeing an increase in adults with RSV,” she said. “Unfortunately, there have also been more pediatric hospitalizations due to RSV this year.”

Dr. Patel said there is no FDA approved vaccine for RSV but there are some in the final phase of trials which look promising for the near future.

According to Sullivan County Public Health Director Nancy McGraw, for November 2022, there were 573 lab confirmed cases of COVID-19 in the County.

This does not include over-the-counter home tests, which she said have also been increasing as not everyone goes to their provider to get tested.

“This is even among fully- vaccinated and boosted individuals, but those who become fairly ill usually have immune system disorders or other chronic conditions such as obesity, hypertension, or older age,” said McGraw.

She added that hospitalizations continue to remain very low on a weekly basis but there is a steady stream of at least 2-3 new COVID-related hospitalizations each day, then discharged home.

For November, there have been 223 cases of Influenza A, one Influenza B and six unspecified, in the County.

“This is very high from prior years this time of the season, and statewide, flu is widespread early this year,” said McGraw. “For comparison, in November of 2021 we had 10 flu A, three flu B and 0 unspecified.”

McGraw noted that RSV is also on the increase although it is not reportable so the County doesn’t have numbers. However, she added that providers are confirming a large increase in cases among young children.

She added that the County also has had five confirmed cases of Pertussis, and 4-of-5 were children.

For the flu season 2021-2022 (October 1 through June 18- since it was extended last season), there were 588 cases in Sullivan County residents, said McGraw.

Looking at the current trend, she said the County is reaching weekly flu levels not usually seen until January of the flu season.

“So, there is a lot of respiratory viral illness circulating,” said McGraw.

Dr. Patel provides the following tips for preventing the spread of disease and germs: Keep your hands clean by washing them with soap and water whenever you can; Cover a sneeze or cough with your elbow; Avoid touching your face; Wear a mask; [Practice] social distancing; and keeping the environment around you clean.

Dr. Patel told the Democrat that the best way to prevent disease is to getting adequate rest, consume nutritious and vitamin rich foods, and get vaccinated.

“Vaccines do not prevent you from getting ill 100 percent,” said Dr. Patel. “But they do lessen your symptoms and help to reduce the risk of complications, hospitalization and possibly death.”