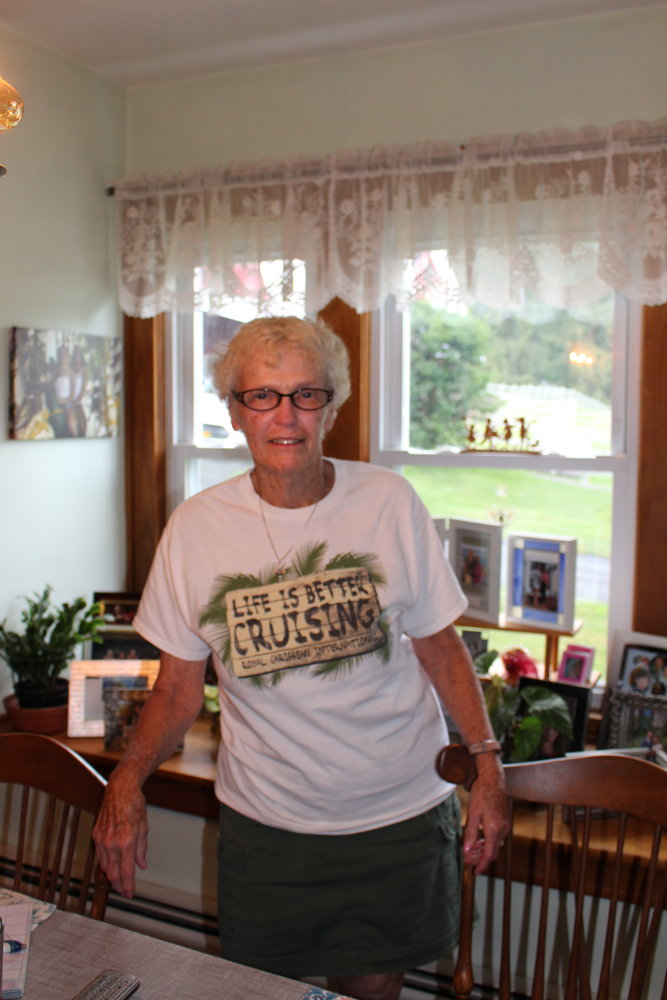 One of the last remaining school-based dental hygienists, Linda Immoor, retired this past August after 57 years working in the Sullivan County school system.

Since 1963, Immoor worked for the Board of Cooperative Educational Services (BOCES). She taught students about dental hygiene and performed semi-annual cleanings. Immoor moved between schools every few years, working with kids ages 5 through 18, allowing her to become well acquainted with most Sullivan County natives.

“I’ve worked in almost every school in the county, excluding Liberty, Eldred, and Fallsburg,” said Immoor. “Over the years I’ve met a lot of kids. It’s hard to recognize them now when I see them around town. But then again, men with beards don’t look like kindergarteners. Once they tell me their name, I usually remember what school they went to.”

After Delaware Valley, Jeffersonville, and Narrowsburg combined into one school district in the early 2000s, Immoor left BOCES and retired from the dental teaching program. However, she continued to work at Sullivan West Elementary cleaning teeth, even as school-based dental programs around the country became more of a rarity.

“It was the perfect job,” said Immoor. “I collected retirement and still got to be in the schools two days a week. The only difference is that I wouldn’t be in the classroom anymore. Instead I did fluoride treatments, performed exams, and did cleanings for kids who had permission slips.”

Immoor only worked six to seven months out of the year. Although an ideal position, her equipment quickly became outdated and harder to find someone to fix it when it malfunctioned.

“Part of the reason I kept going was because I knew the program would end once I left,” said Immoor. “Dental hygienists today wouldn’t know how to use the equipment I had. They clean teeth sitting down now, I had to stand up.”

Immoor stayed at Sullivan West until 2020, when COVID shut the schools down. Due to her age and position as a dental hygienist, she decided it was time to fully retire in order to keep herself and her husband, Doug, safe.

“I saw the writing on the wall and I knew it was time to go, but I already miss the kids terribly,” added Immoor. “I miss the interaction with them and my husband misses the funny stories I told when I got off of work. Kids really do say the darndest things.”

Since fully retiring, Immoor spent most of her time indoors. Because of COVID, many of the hobbies that she took an interest in, such as volunteering at the blood drive or working at the local church, remain closed. Immoor hopes things will open soon so she can venture back out into the world. For now, Immoor and her husband spend time on their Youngsville farm and occasionally see their children and grandchildren when they are home to visit.