BARRYVILLE – The Barryville-based non-profit history education group, The Delaware Company has announced they will be presenting a special series of programs at the Fort Delaware Museum of … 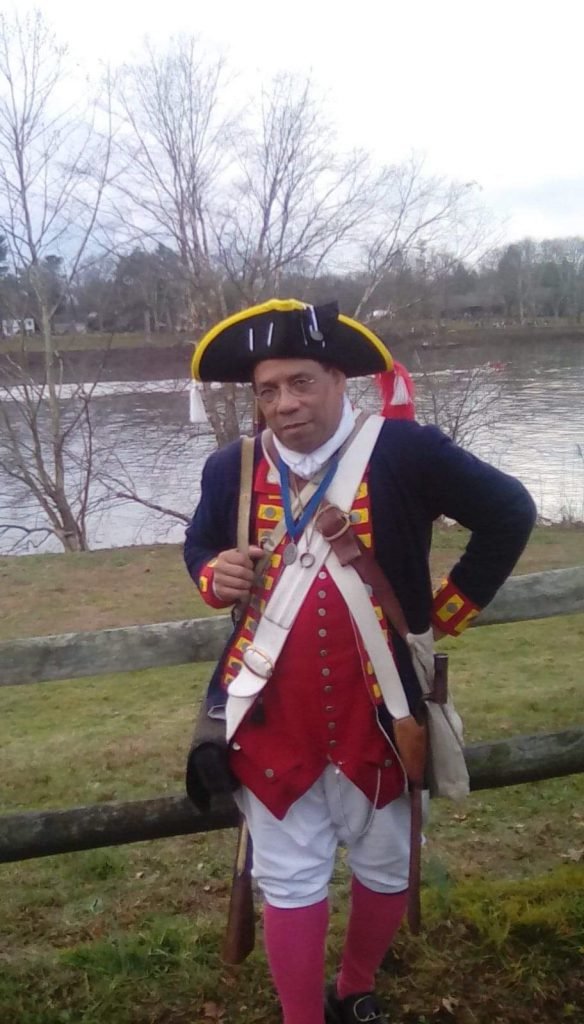 BARRYVILLE – The Barryville-based non-profit history education group, The Delaware Company has announced they will be presenting a special series of programs at the Fort Delaware Museum of Colonial History in Narrowsburg, NY during 2022, made possible by financial and promotional assistance from Bold Gold Media Group, which operates 14 radio stations in Northeast PA and upstate New York.

The Bold Gold Media Speaker Series will include a number of programs never before seen in the region, highlighted by a July 10 appearance by African American Revolutionary War soldier, Ned Hector, as personified by Noah Lewis.

Mr. Lewis, from Upper Darby, PA, will discuss the life of African Americans in the colonial era, including the role they played in George Washington’s Army. He has been presenting as the real-life soldier Ned Hector since 1996. He is the author of the book, “Edward ‘Ned’ Hector, Revolutionary War Hero – Time Traveler,” published by Author House in 2005.

His July 10 appearance will be part of a special “Patriots and Loyalists” weekend at the Fort, which will feature a reading aloud of the Declaration of Independence followed by a Tory response on Saturday, July 9.

Mr. Lewis will present a second program at Fort Delaware on Saturday, August 6.

Speaking on behalf of the Delaware Company Board of Directors, Board President John Conway said the Bold Gold Media Speaker Series will also feature other programs, the details of which are still being finalized.

“We are very grateful to the Bold Gold Media Group, and in particular its president and CEO, Vince Benedetto, for helping us make programs like this possible at Fort Delaware,” Mr. Conway said.

Fort Delaware’s new Director, Callison Stratton, said she is pleased with the opportunity to offer the kind of programming the Bold Gold funding makes possible.

“Our team is very excited to offer new programs at Fort Delaware that will inspire appreciation for the complexities of colonial life, while challenging our visitors to think deeply about America’s diverse origins, as reflected in the Delaware Valley and beyond,” she said.

Vince Benedetto, president and CEO of Bold Gold Media, said he is happy to work with The Delaware Company in bringing innovative programming to the region in fulfillment of its mission to promote and support the history and historic landmarks of the Upper Delaware and beyond.

“If history is a teacher of anything, it’s that if a great civilization is to be preserved it must remember and know its past,” Mr. Benedetto said. “Along the banks of the Delaware, so much of the story of the struggle for American freedom was written. The work of The Delaware Company to bring those stories to life, and to honor the heroes who fought here, is beautiful. Bold Gold Media Group, as a veteran owned company, is grateful to them and honored to support their efforts.”

Mr. Conway said a full schedule of special events at the Fort will be forthcoming in the very near future.

Fort Delaware Museum of Colonial History is owned by Sullivan County and operated seasonally by The Delaware Company. It is located on the Upper Delaware Scenic Byway at 6615 State Route 97 in Narrowsburg.