Monticello visited Eldred on Monday afternoon, and the Lady Yellowjackets defeated the Lady Panthers 4-2. Jailyn Labuda scored twice in the … 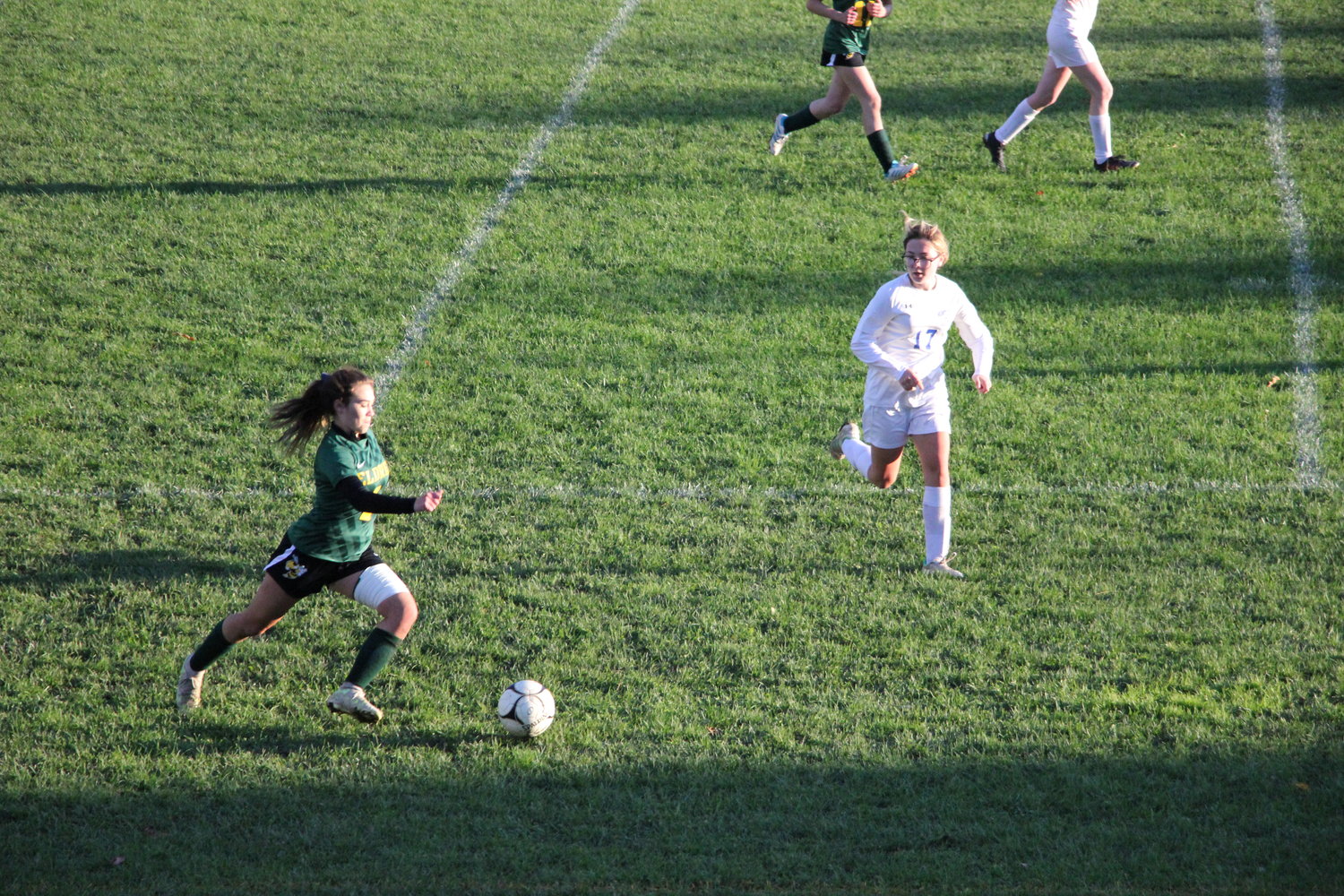 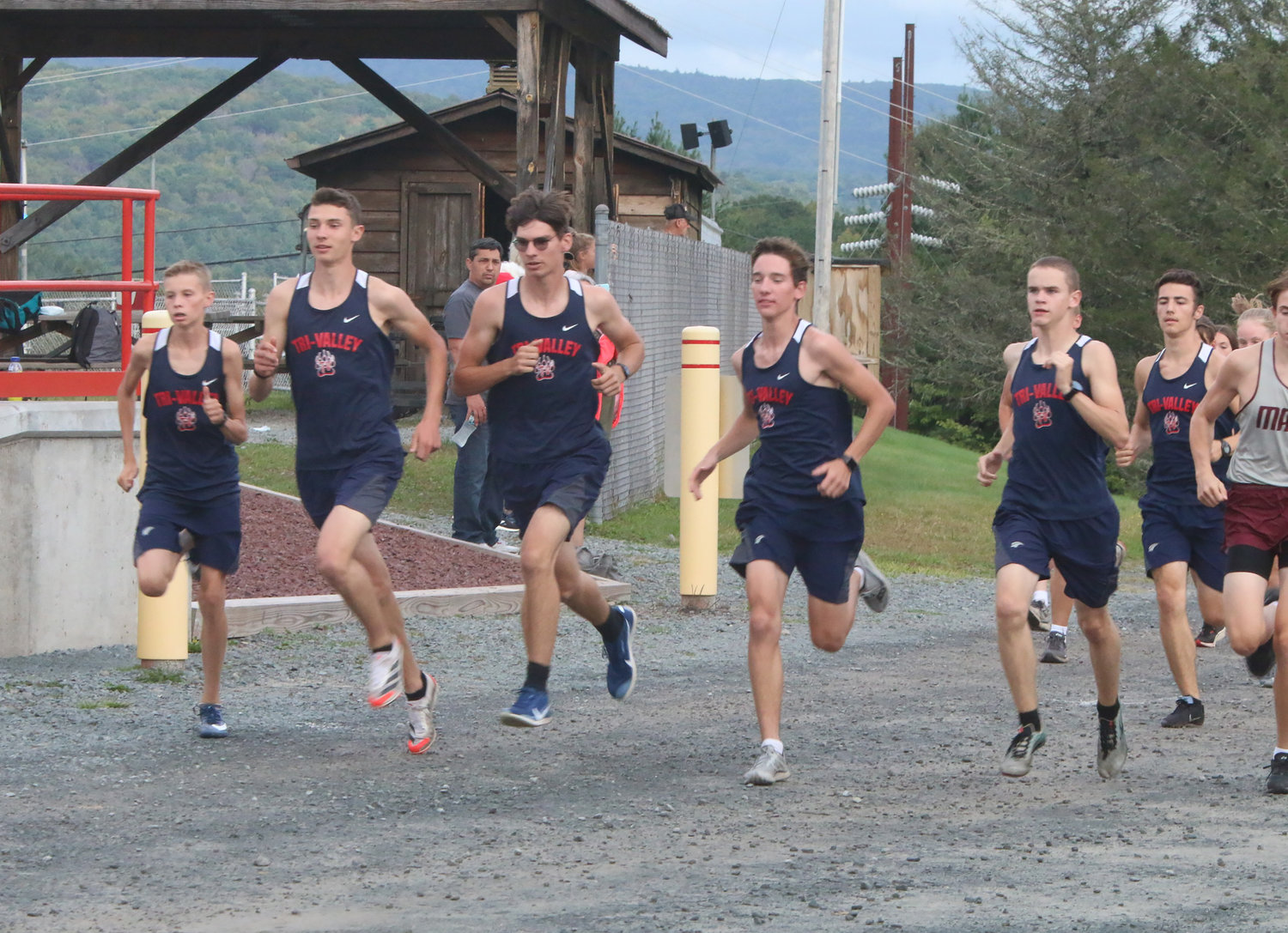 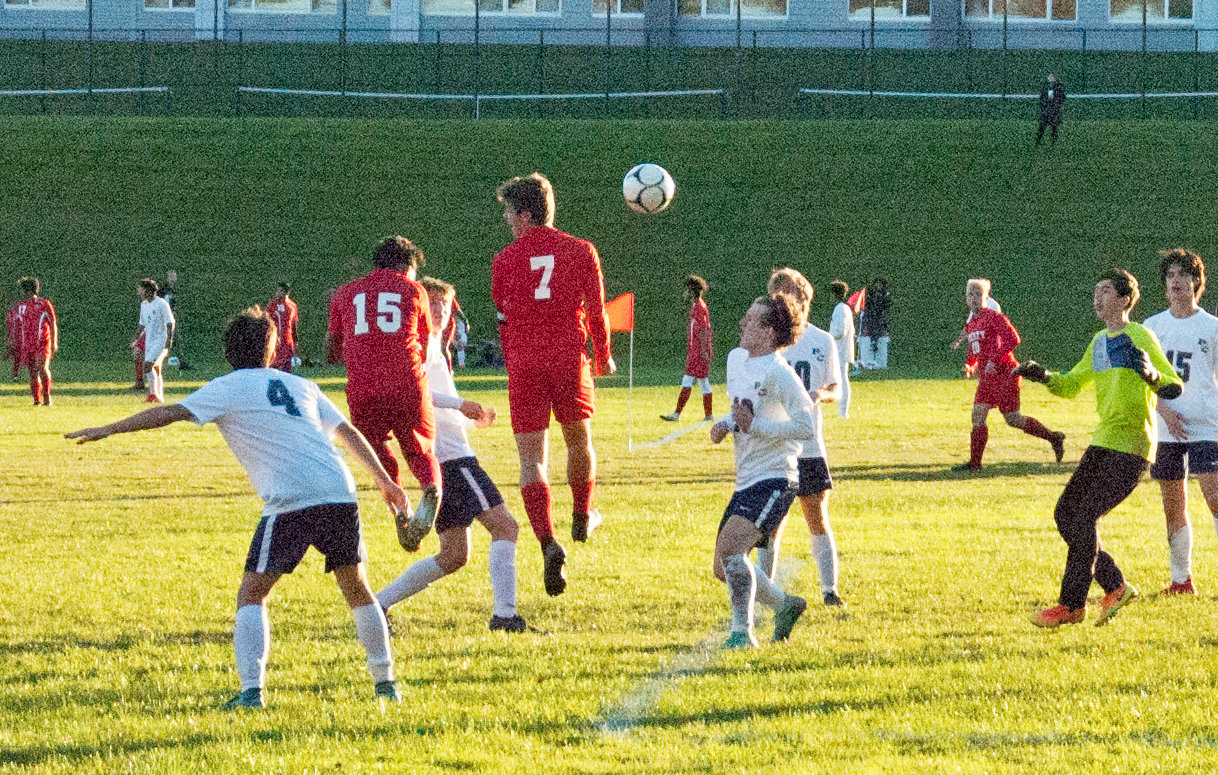 Edison Ruiz Gonzalez (15) uses his head to find the back of the net after a perfectly placed corner kick by Kacper Sandelewski.
Anthony Morgano | Democrat
Previous Next
Posted Friday, October 22, 2021 6:20 am

Monticello visited Eldred on Monday afternoon, and the Lady Yellowjackets defeated the Lady Panthers 4-2. Jailyn Labuda scored twice in the win, and Dana Donnelly and Annie Davis each added a goal in the effort. This Eldred team continues to grow with each game, and they are making their presence known as they continue to win.

Fallsburg hosted O’Neill on October 18, and the Fallsburg girls won 25-30. The Comets were unable to score on the boys team, but Ryan Zempoaltecatl finished first with an even 20 minutes. Adam Mednick, the other Fallsburg harrier, placed 10th with a time of 26:37.

The Liberty boys cross country team hosted Fallsburg on Wednesday. There was no girls match because Liberty does not have a team. Fallsburg’s Ryan Zempoaltecatl had the best time of the seven competitors at 19:19, but Liberty won 15-50 as the Fallsburg boys do not have enough harriers to score.

The Tri-Valley harriers were back in action on Wednesday, hosting a meet with O’Neill and Seward. There were no team scores for the girls because the three schools do not have enough participants, but the Tri-Valley boys defeated O’Neill 15-50 and Seward 15-50. Tri-Valley dominated the day, finishing with nine runners in the top-10.

The Liberty boys soccer team has been on a roll lately, winning almost every game of their season so far until a 3-3 tie with Burke in their most recent game. On Tuesday afternoon they hosted Burke Catholic, and Liberty was tested early and often. After an early goal by Burke, Liberty found themselves trailing 1-0, but regrouped and were able to net two goals before the half to take a 2-1 lead. In the second half, Liberty was outscored 2-1, and the two schools tied at 3-3. Yucevin Canales, Edison Ruiz Gonzalez and Norlis Acosta scored for Liberty, and Eduardo Romero recorded six saves in the game. Liberty’s record for the season is now 12-1-1 (5-0-1) after the league match tie.

Sullivan West lost to Burke 3 sets to 0 on Wednesday night. After losing 10-25 in the first set, Sullivan West rallied in the second and third match, scoring 20-25 and 21-25. Although they improved with each set, Burke was ultimately able to win each of the three. Coach Chappell is proud of her young group and their continued improvement and tenacity to battle it out until the end.

If you do not send game results and information to sports@sc-democrat.com, they will not get in the newspaper. Please contact Sports Editor Anthony Morgano at 845-887-5200 if you have any questions.