PARKSVILLE — “She was 10 years old, she was dirty, and she wouldn’t go near humans,” said Todd Friedman, owner and founder of Arthur’s Acres Animal …

Told by the pigs 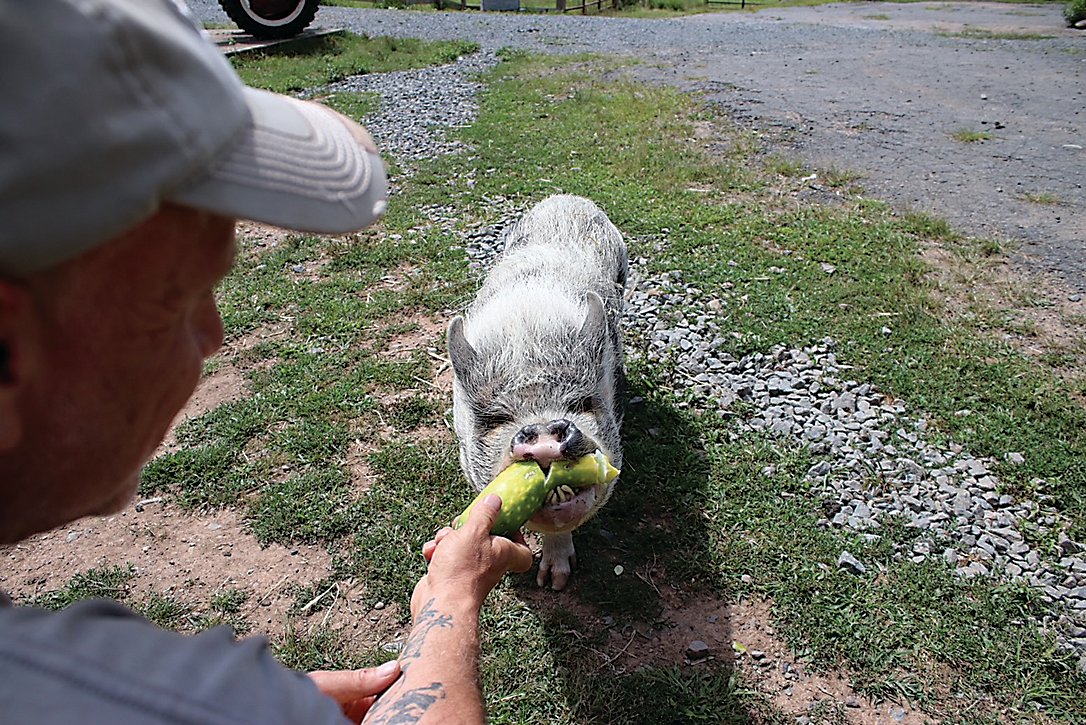 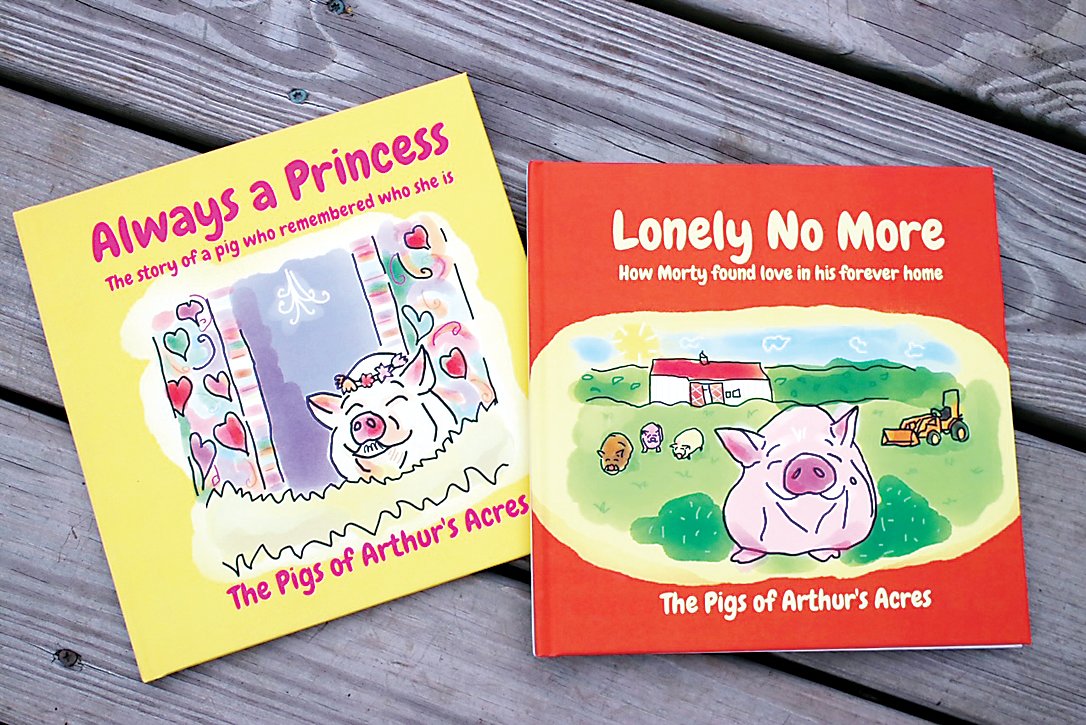 PARKSVILLE — “She was 10 years old, she was dirty, and she wouldn’t go near humans,” said Todd Friedman, owner and founder of Arthur’s Acres Animal Sanctuary.

“She was traumatized and freaked out.”

Princess’ story is one like many of the rescue pigs who now call Arthur’s Acres in Parksville home, and worthy of being told, so with the help and vision of sanctuary volunteer Jean Rhodes, the development of children’s story books got underway.

Self-published and told by the pigs, their first ‘Always a Princess’ and their just recently released ‘Lonely No More’ are open windows into the experiences and lives of Princess and Morty, both before and after being rescued.

According to Todd, the book idea started with Princess, who Todd had rescued early on when he was readying Arthur’s Acres to officially open as a sanctuary.

“Everyone really loved her,” said Todd, as he was calling out to Princess with cucumbers in his hands.

“Her story was very dark and people loved seeing how she progressed once she got to the sanctuary,” he explained. “It’s been about three years now, maybe a little more, and it’s only been in the last year that she’s let me touch her. I tell their stories on our Instagram and on the live feed, but children’s books are another way to tell their story.”

Todd squatted down and handed Princess a cucumber, who with teeth smiling and a wag of her tail, happily crunched down with a few squeaks and grunts and then trotted away.

Todd and Jean’s hope for the books is to show a different viewpoint, to open up the conversation about how we think of animals, and the way we treat them. They want to show that these pigs are real characters, they have real personalities, and they are real beings that have their own emotional world.

“People and children can discover that through the book,” said Jean. “The pigs are truly their own ambassadors. I illustrated the book from photos and memories here at the sanctuary, but the words - the stories are their real stories. Every pig here develops and changes all the time,” she continued. “They make friends, they have fights, and they have their silly quirks just like we do.”

And so, ‘Always a Princess’ tells how Princess, although having been locked in a dark stall for most of her life without ever touching grass and terrified of people, learns what it is to have the sun on her face, to eat good food, to trust, and to remember who she is.

‘Lonely No More’ tells the story of Morty, a sweet marshmallow of a pig who had also never touched grass or experienced love, as he discovers dirt for the first time and gets his first belly rub (which most pigs love, by the way.)

“Morty is really special, and people love him so much that we dedicate Mondays to him on social media,” Todd said with a laugh as Morty nosed his knee asking to try his iced coffee.

“I get asked a lot, ‘why pigs?’ and I’m not sure I have an answer to be honest. I don’t think I can sum up all the reasons or put it into words that make sense. They just give me so much, and I wouldn’t trade this life for anything.”

If you would like to order books you can go online to www.arthursacresanimalsanctuary.org and click on shop. Todd also does occasional readings with the pigs on their Instagram live @arthursacres as well as making an appearance at local schools and libraries to read the children’s books to kids.

If you’re interested in having him come read at your school or library you can contact the sanctuary at arthursacresanimalsanctuary@gmail.com.