The last day of our road trip was spent at the Franklin Institute, Philadelphia’s famous science museum. However, we (daughter Liz, SIL Peter, granddaughter Adeline, and I) were not going to … 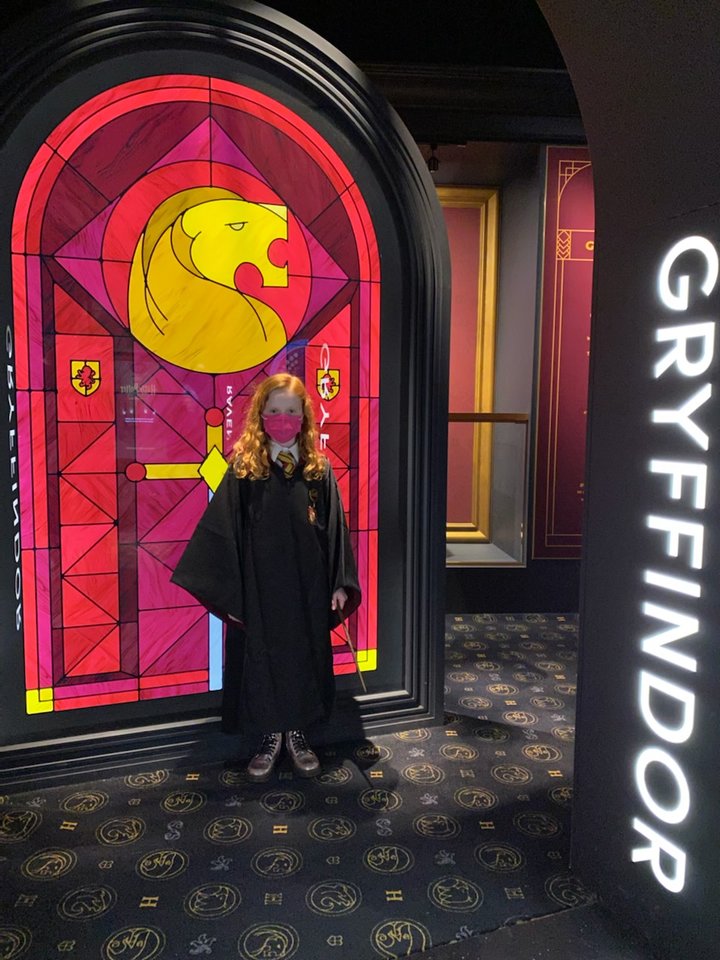 Adeline was dressed in her Gryffindor robe and ready to arrive at Hogwarts.
Contributed photo
Posted Friday, April 8, 2022 7:00 am
Kathy Werner

The last day of our road trip was spent at the Franklin Institute, Philadelphia’s famous science museum. However, we (daughter Liz, SIL Peter, granddaughter Adeline, and I) were not going to see any science experiments.

Instead, we were on our way to “Harry Potter: The Exhibition” billed as “The Most Comprehensive Exhibition of The Wizarding World.” For the unfamiliar, the seven novels of the Harry Potter series written by J.K. Rowling have sold well over 500 million copies and been made into eight movies. Adeline and her parents have read the first four novels in the series, and she is a huge fan of the boy wizard.

Liz had purchased the tickets months before for Adeline’s eighth birthday, and Adeline was ecstatic. She was dressed in her Gryffindor robe and ready to arrive at Hogwarts. Upon entry to the exhibit, each person is given a metal medallion on a ribbon bracelet with which they touch to a computer screen and log themselves into the experience.

We were told by the docents that we had chosen a good day to come (Tuesday), since they had seen over 7,000 visitors that weekend. We basically had the place to ourselves.

The exhibit begins at London King’s Cross Station Platform 9¾ as we ride the Hogwarts Express to Hogsmeade Station. Soon you are swept into a series of rooms that have interactive stations (that’s the reason you entered all that data on your bracelet before entering). At these stations you choose your house at Hogwarts, your wand, and your Patronus. Adeline is a Gryffindor, while I am a Hufflepuff. Then it’s off to immersive exhibits featuring actual props and costumes used in the films.

Along the way, we viewed the many magic wands used by characters, walked through the Great Hall at Hogwarts as it transformed into its many iterations, and even tried our hand at creating potions, though with little success, I’m afraid.

There was a chance to play Quidditch and get the Bludger through the goals. Quite delightful. We also toured Hagrid’s Hut.

Harry’s bedroom under the stairs at the home of Harry’s loathsome Aunt Petunia and Uncle Vernon Dursley and their porcine son Dudley was on display. It was kitted out just as in the films. Poor Harry.

There was so much to see and do that when we reached the last room, filled with Dumbledore’s memories of the entire saga, Adeline wanted to go back to revisit some of the rooms again, which she did. Harry Potter: The Exhibition is a terrific immersive and interactive experience for fans of the Wizarding World and will be at the Franklin Institute through September 2022.

Gloomy, with Breaks of Sunshine