BETHEL — A notable landmark in the Town of Bethel - The White Lake Mansion House - could become the site of a new hotel. A developer is interested in purchasing the property and is asking the … 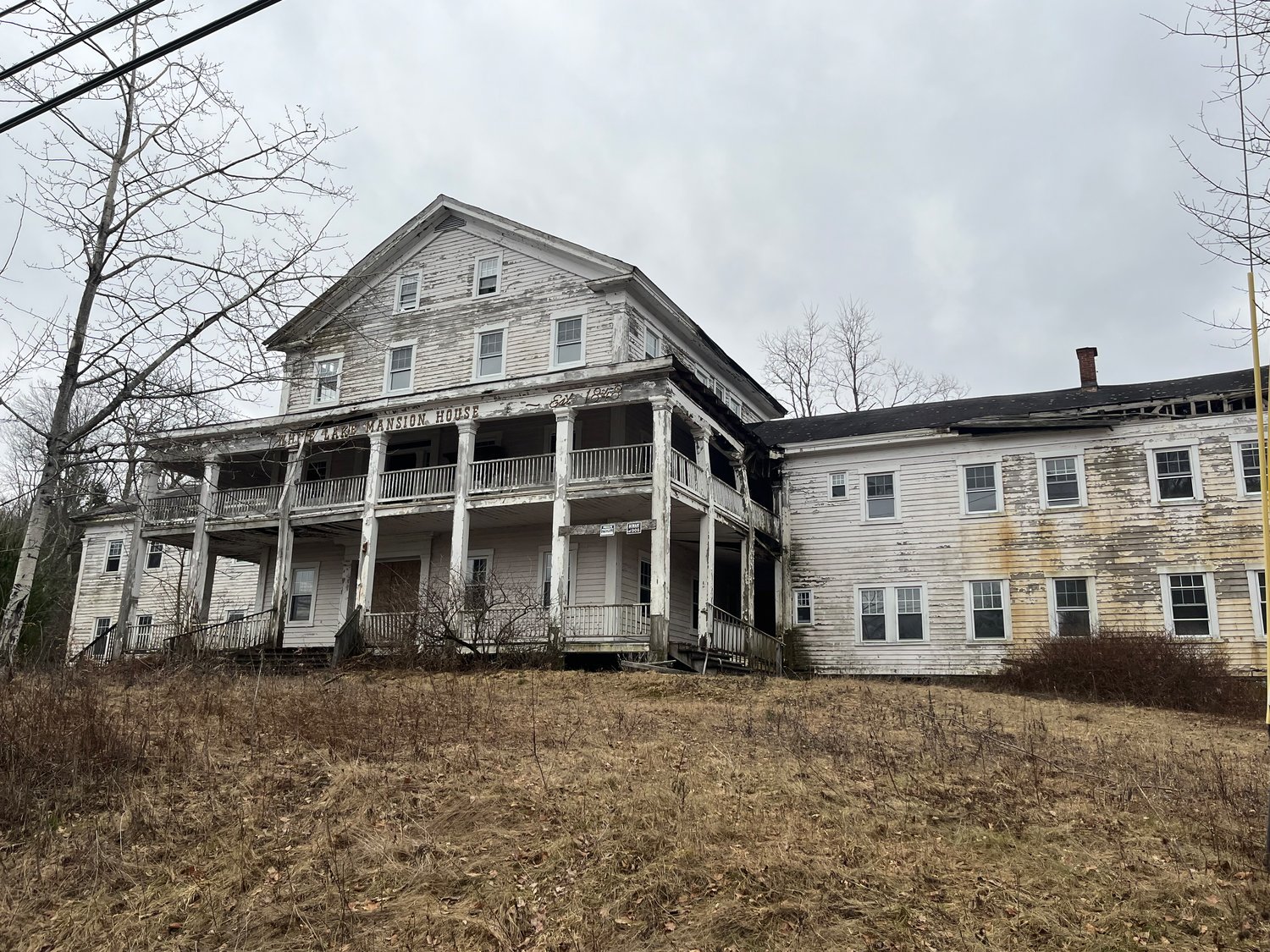 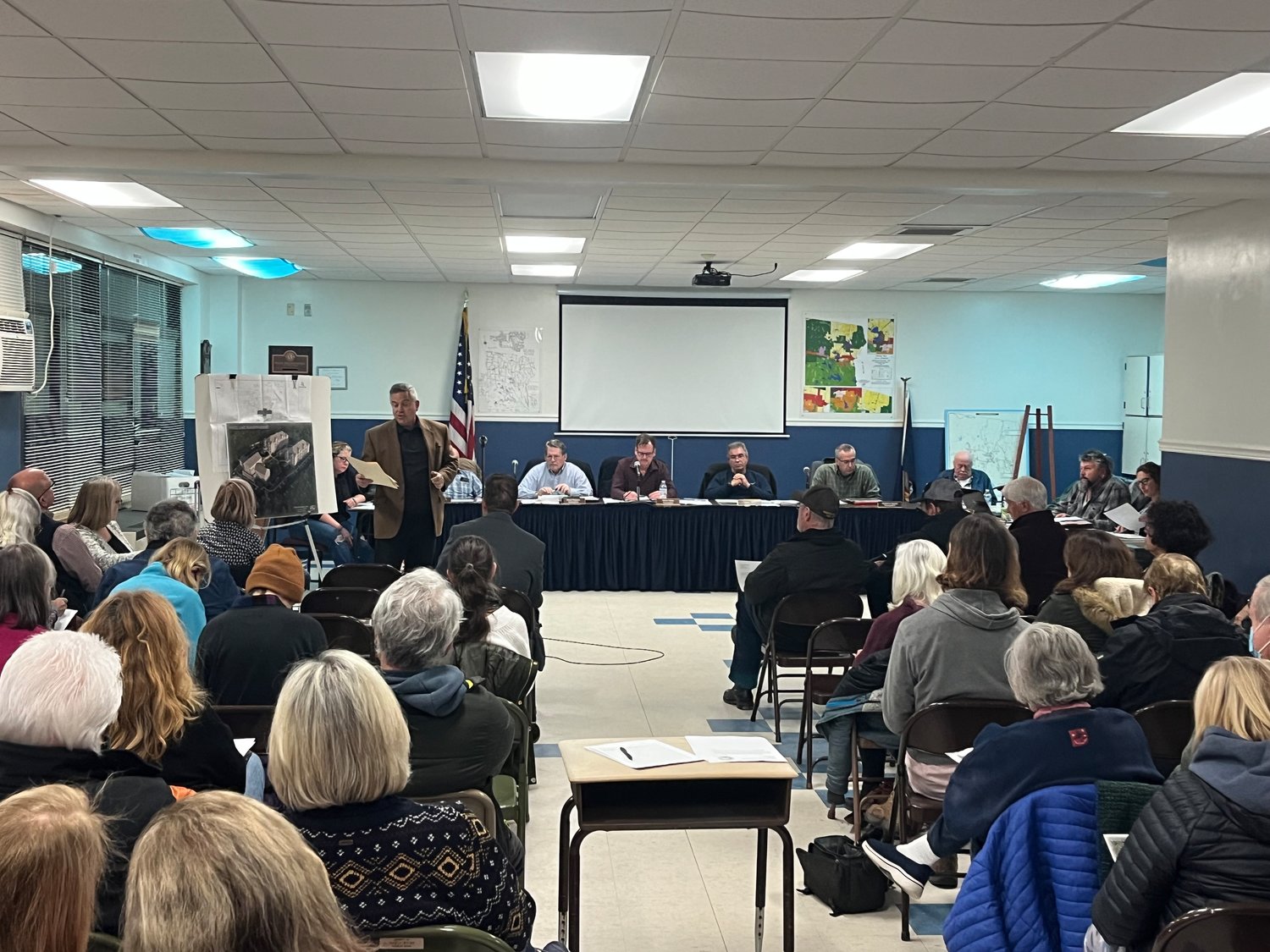 Concerned residents filled the Town of Bethel Planning Board meeting for a recent public hearing regarding a new hotel proposed for the site of the White Lake Mansion House.
Matt Shortall | Democrat
Previous Next
Posted Tuesday, January 24, 2023 6:10 am
by Matt Shortall

BETHEL — A notable landmark in the Town of Bethel - The White Lake Mansion House - could become the site of a new hotel. A developer is interested in purchasing the property and is asking the Bethel Planning Board for site plan approval to move forward.

Jacob Billig is representing the applicant on behalf of the Law office of Billig, Loughlin & Silver. He was joined by Ken Ellsworth of Keystone Associates, a Binghamton-based engineering firm, at a packed public hearing before the Planning Board earlier this month.

It’s not the first time a new hotel has been proposed for the site. Back in 2013, the Bethel Planning Board granted conditional approval to another applicant, Globe Developers, to construct a hotel and event space on the property.

At that time, the developers had agreed that the new hotel would replicate the design of the circa-1848 Mansion House as much as possible, but the project never materialized.

“The applicant that I represent is looking to build this project exactly as it was approved back in 2013 and extended by this board ... in 2016,” Billig said.

The new project would include a hotel and health spa consisting of three buildings and more than 70 rooms. A private well would be included and the project would be connected to the town sewer system.

Ellsworth spoke about various aspects of the proposed design, with updates to landscaping to eliminate invasive plants.

The room was filled with residents of the surrounding community for the public hearing on January 9 to ask questions and express concerns.

Resident Sue Bunce asked what impacts the project could have on the water table and how it would affect the capacity of the town sewer system.

“I would argue that basing approval for a new project - I absolutely consider this a new project - without the same care and scrutiny that you guys did the first time around is not in the best interest of the community,” Bunce said to the Planning Board.

Barbara McGraw also asked about the water table and if there would be a new hydrology report. As a neighbor to the property, she also expressed concern about refuse and garbage disposal.

Brendon Cunningham spoke on behalf of the White Lake Fire Company, whose firehouse is nearby and across the street from the White Lake Mansion House.

Cunningham asked for further details on emergency access and locations for standpipe connections, as well as questions about building construction, materials and the sprinkler system.

Comments from the board

Planning Board member Daniel Gettel said that there were some valid points raised during the public hearing. He remarked how the issue of water capacity has come up on a number of projects.

Since the last project was approved in 2013, “a lot has changed in the community, especially the need for hotel rooms,” Gettel said.

Since 2013, Sullivan County has seen the construction of several new hotels, including Resorts World Catskills, the Kartrite Indoor Water Park and The Eldred Preserve.

“I want to see some more details of the overall project,” said Planning Board member Steve Simpson. “Based on the concerns … I think we need to do a detailed review of this project down to square one.”

Boardmembers asked for more information about the developer and what kind of track record they have for similar projects. Billig responded that it was “beyond the scope of site plan review,” but would take the question back to his client.

59:50 “We have had experiences where developers came in, started digging up the ground, taking the trees down, putting the foundation in and then we don’t see them again ever,” Simpson said. “That’s a huge, visible location ... It’s a concern for the board.”

Board members ultimately voted to keep the public hearing open until the next meeting for further comment and so the applicant could return to address questions.