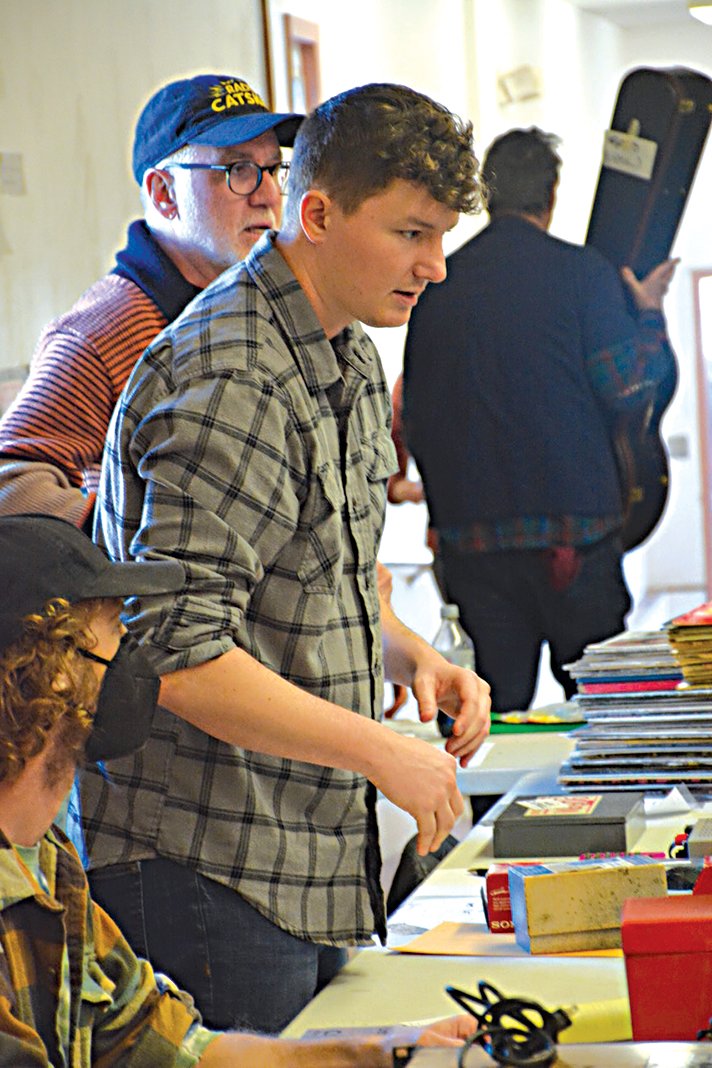 Several volunteers were on hand to assist in making the day a success. Pictured in plaid is Bobby Skotch helping with a transaction.
Joseph Abraham | Democrat 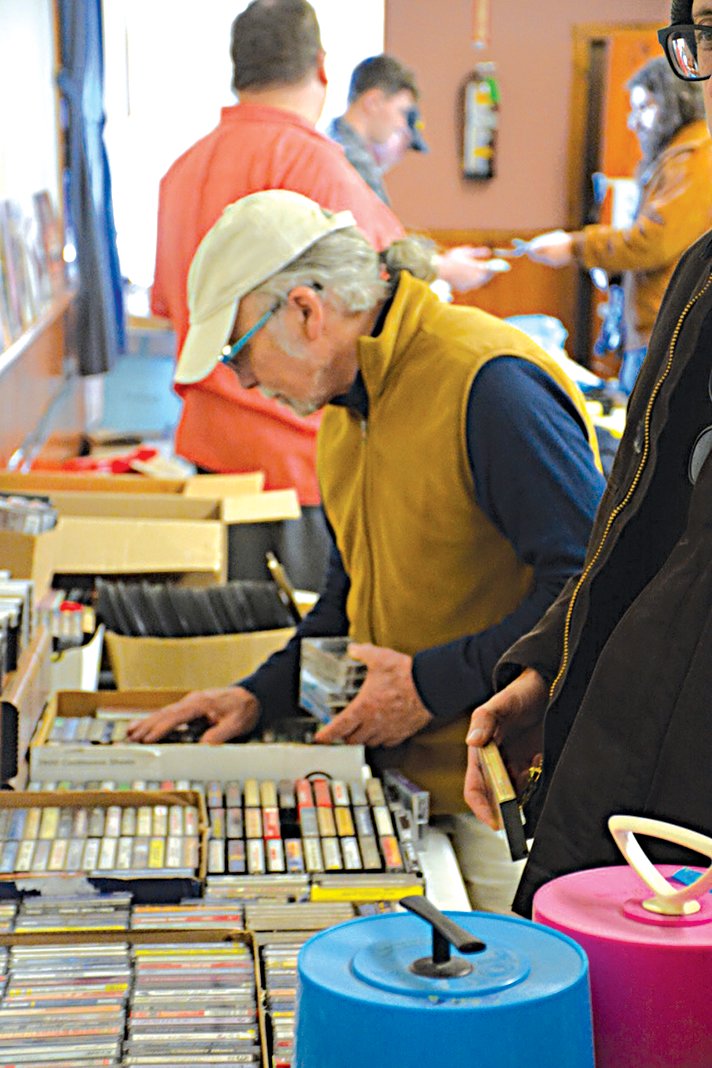 Cassettes, CDs, records and more were in search of a new home at the WJFF Music Sale.
Joseph Abraham | Democrat 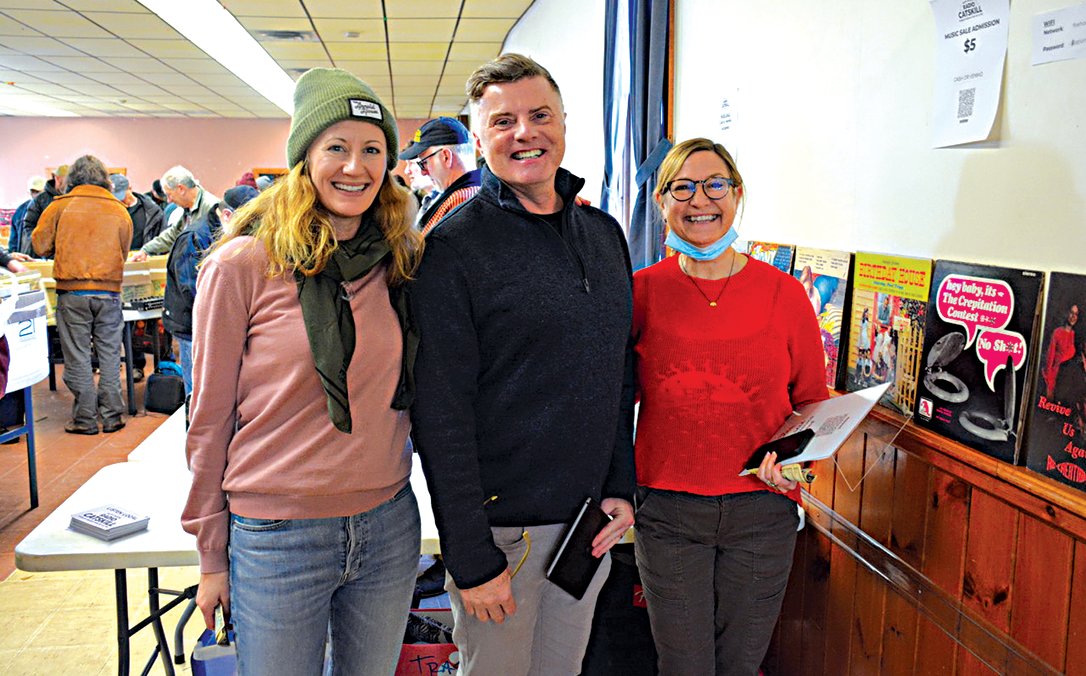 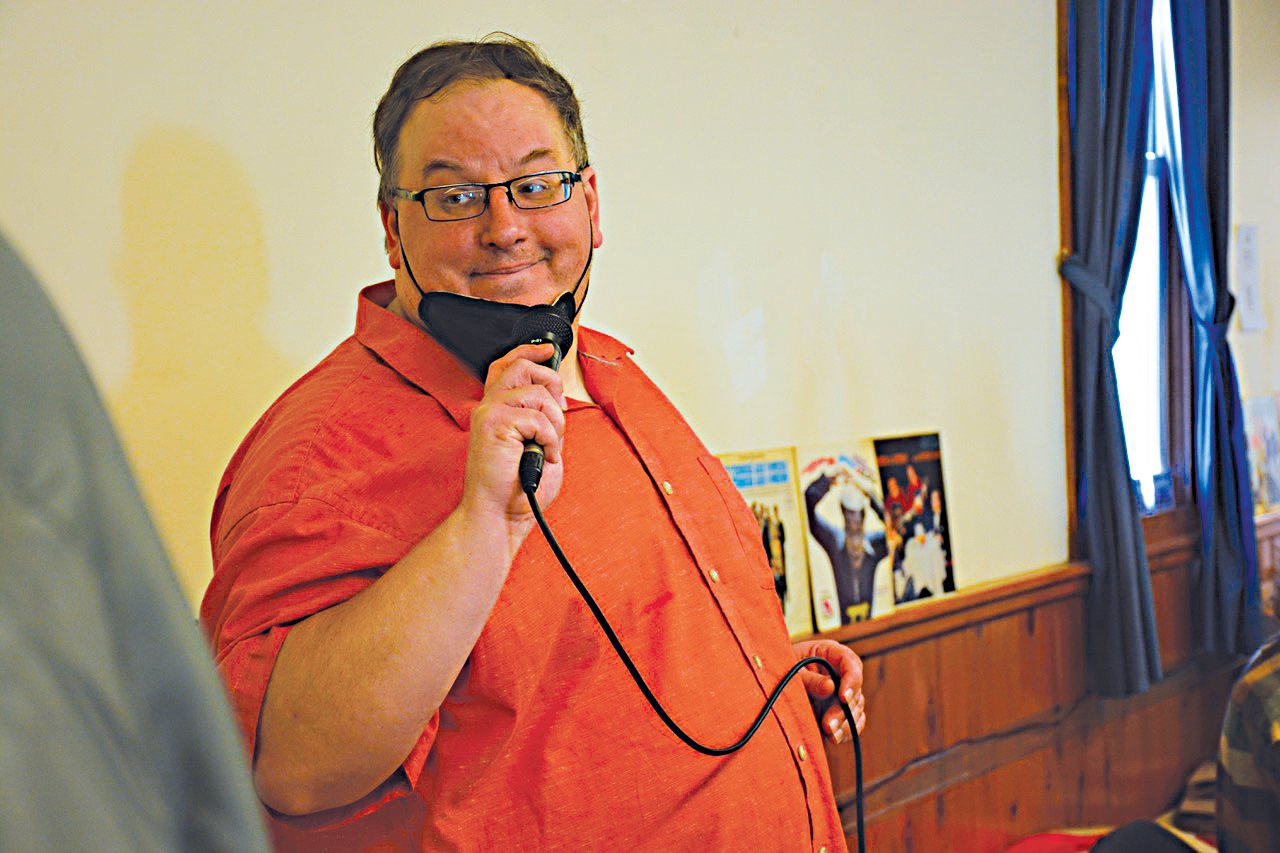 WHITE SULPHUR SPRINGS –– The WJFF Radio Catskill Music Sale once again returned to the White Sulphur Springs Fire Hall on Saturday, with a full parking lot and line of music enthusiasts eager to get in at the start.

Jason Dole, WJFF Program Director and voice of the Local Edition, has been involved with the music sale for over two decades.

“I just like seeing the people come out, of all different ages, backgrounds, people bringing their kids and the younger generation getting into records,” he said. “It’s great seeing such a variety of people connecting with music and what other people in the community donated.”

Attendees were able to peruse an array of records, CDs, cassettes, instruments, equipment and more, with proceeds benefiting the community radio station.

“You never know what you will find [here],” said Magliano.

Looking around he added, “You see how many people love music? When I worked with the station, I never missed one of these. The way the line forms outside and when they open the door … the charge … It’s very exciting.”

According to WJFF General Manager Tim Bruno, the music sale was “a tremendous success.” A  preliminary count says the station brought in over $9,000 and they are expecting a bit more money in the coming weeks that will likely push them over the $10,000 mark, which was their fundraising goal.

“The Music Sale takes a huge effort and one of the great aspects of the sale is the number of volunteers who join in to help. There were about 25 folks at some point working on this year’s sale,” said Bruno, also thanking all those who donated items. “We saw so many folks from the community –– new faces, old faces –– who found a musical treasure and left with a smile.”