MONTICELLO — In a testament to his character and reputation, hundreds of firefighters, first responders and law enforcement personnel gathered on Broadway in Monticello outside the  Church … 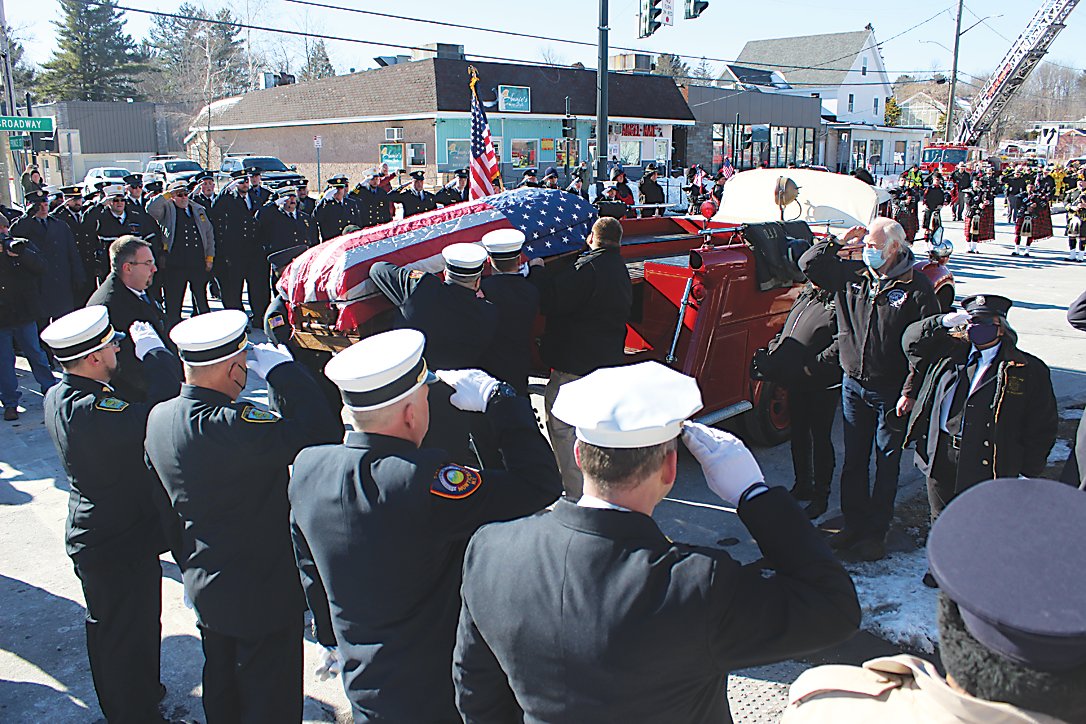 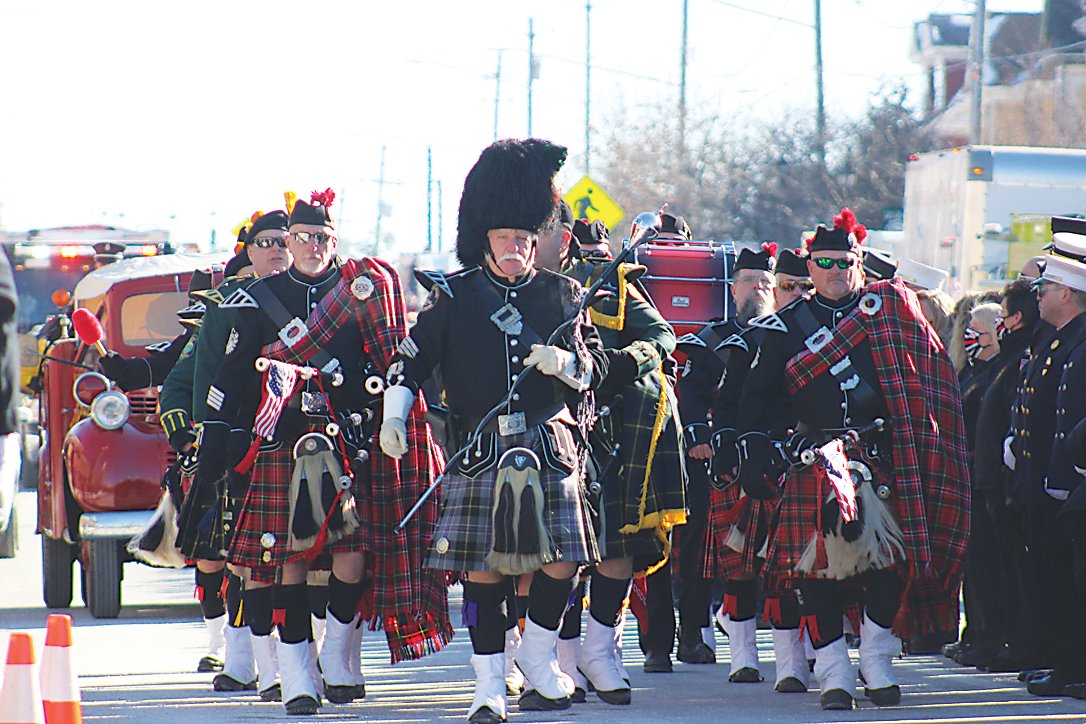 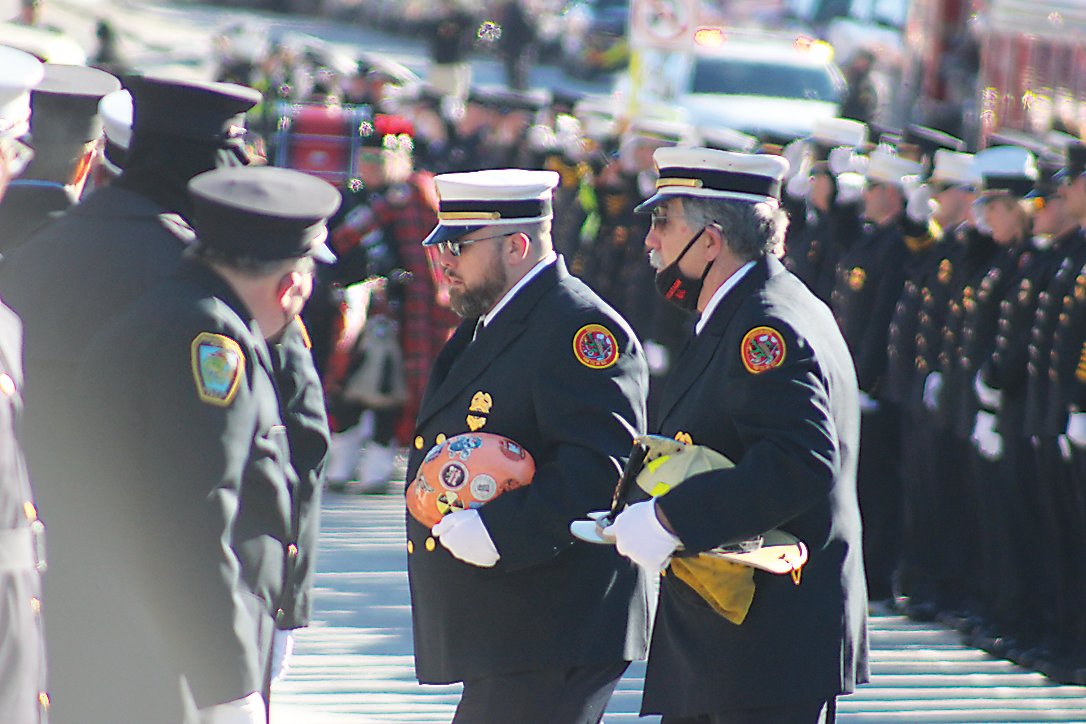 Billy’s father and brother, Jim Sr. and Jim Jr., walk into St. Peter’s Church carrying their son’s and brother’s helmets, a testament to the brotherhood of firematics.
Matt Shortall | Democrat 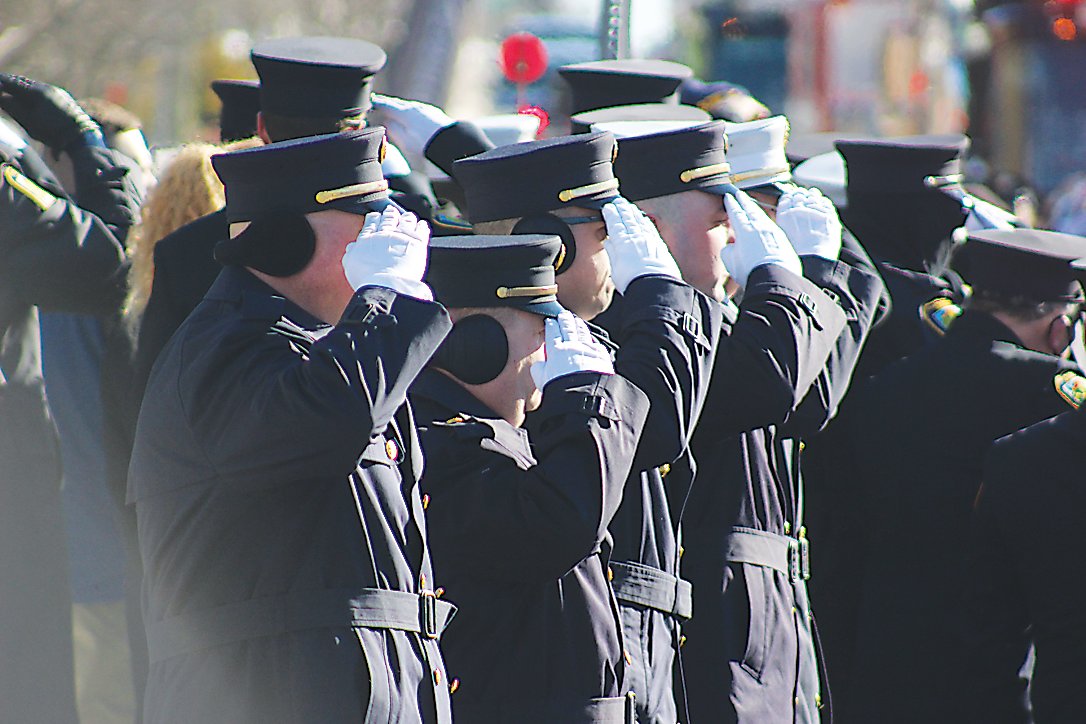 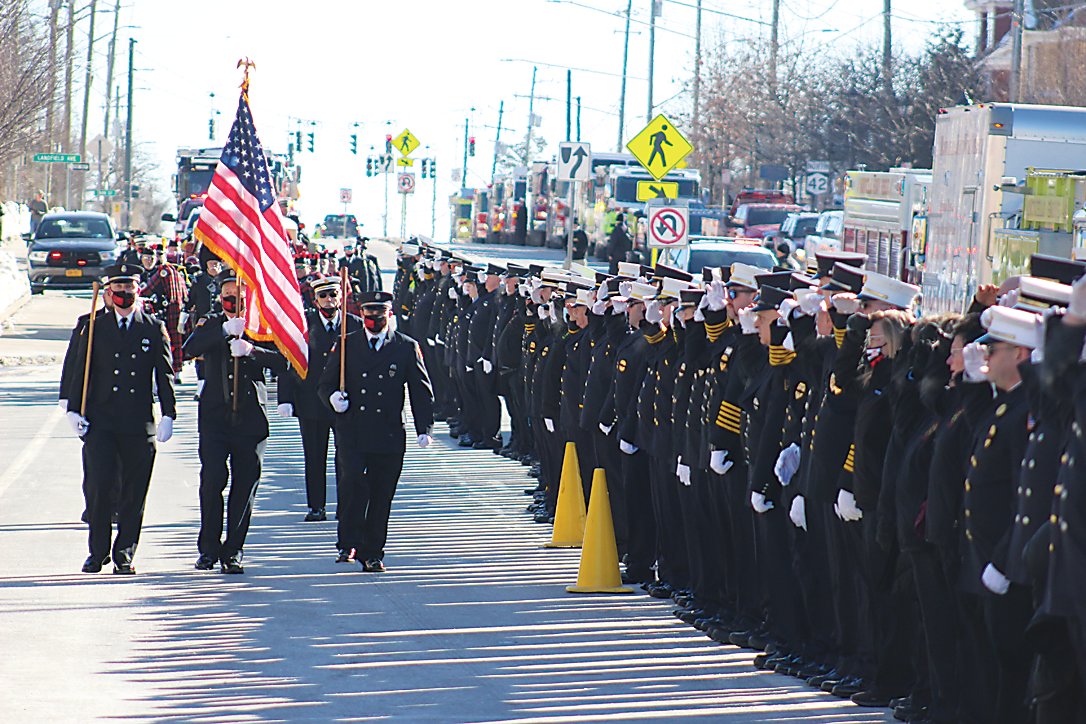 MONTICELLO — In a testament to his character and reputation, hundreds of firefighters, first responders and law enforcement personnel gathered on Broadway in Monticello outside the  Church of St Peter on Saturday for the funeral of Forestburgh Fire Company Assistant Chief William “Billy” Steinberg.

Steinberg, 37, died in the line of duty on January 15 after suffering a heart attack while at the scene of a structure fire in the Town of Thompson. His innumerable friends in the fire service came to honor his memory and pay respect to his service.

“We had a lot of people show up. There were fire companies from all over the place,” said Forestburgh Fire Chief Zachary Petrowsky. “The community support was overwhelming. It was a good sendoff for Bill.”

Broadway in the village was shut down and traffic was closed in both directions between Government Drive and Pleasant Street. An honor guard, pipes and drums band and large convoy of firetrucks and other emergency vehicles accompanied the procession from the funeral home in Monticello to Saint Peter’s Church on the corner of Broadway and Liberty Street.

“Family, friends and his community was everything to Billy,” said father Jim Steinberg Sr.

Those who knew him best said Billy put his heart into everything he did, whether it was the fire service, his time in the Boys Scouts or maintaining the Veterans Triangle at the intersection of Saint Joseph’s Hill Road and State Route 42 in Forestburgh.

“It was done with perfection every time, with the lines perfectly a different way each time he mowed it,” Steinberg Sr. said.

The flag draped over Billy’s casket on Saturday was the same flag that has been flying at the Forestburgh Veterans Triangle. “I felt this would be more meaningful to him than a new flag out of a box,” Steinberg Sr. said. “As we leave here today, we are not here to mourn Billy. We are here to celebrate his life.”