Eldred voters give the green light

ELDRED –– By a 128 to 44 vote, Eldred Central School District voters approved the borrowing of $11.16 million to help pay for upgrades and renovations at George Ross Mackenzie Elementary …

Eldred voters give the green light 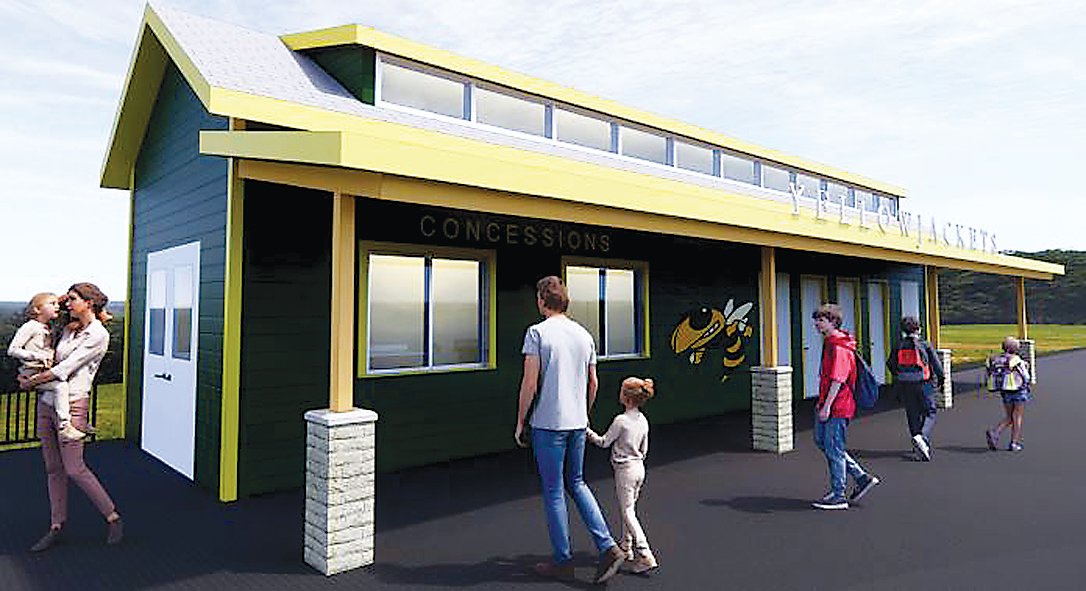 A rending of the new concession stand planned as part of the projects.
Contributed photo
Posted Friday, December 9, 2022 6:10 am
By Joseph Abraham

ELDRED –– By a 128 to 44 vote, Eldred Central School District voters approved the borrowing of $11.16 million to help pay for upgrades and renovations at George Ross Mackenzie Elementary School and Eldred Junior Senior High School, on Tuesday.

“We sincerely thank voters for investing in the future of our students and community,” said Superintendent Traci Ferreira in a press release. “These crucial upgrades will support students’ short-term and long-term success. They will have top-notch settings to advance their achievement in literacy, math, science, multimedia and sports. The improvements also will inspire analytical thinking, problem-solving, communication, collaboration and innovation.”

Taxes will not increase due to the project, which will have a total cost of $12.73 million.

According to the district, the reason there’s no tax impact is because the funds will be borrowed only after two existing bonds – which are a type of loan – are paid off in 2025.

Furthermore, the district will fund the difference from its reserves, and New York State will reimburse a portion of costs.

• George Ross Mackenzie Elementary School: A new roof will replace the “leaky” original roof, which the district says is near the end of its useful life. New sidewalks will replace “cracked, unsafe sidewalks.”

• Eldred Junior Senior High School: A wider all-weather football field and track, which also will host soccer games and be open to the community, will be installed.

The district said that in recent years, one-third of home sports events were canceled due to “unsafe conditions for student athletes.” They add that fans’ experiences at sporting events will be enhanced through new and expanded restrooms to replace “aged and insufficient” facilities at the field, the addition of a new concession stand for the first time, and new seating on the hill overlooking the field.

• Both schools: Libraries will be upgraded into global learning centers, which will be multipurpose areas that
“foster collaboration, communication and academic growth.” Both schools also would add a “maker’s space” for independent learning and teacher-directed group or individual projects.

Ferreira told the Democrat in an interview in October that just because Eldred is a smaller school district doesn’t mean it can’t offer its students the same opportunities as larger districts in neighboring counties.

“There are ways to do it and we’re gonna do it,” she said.

Ferreira said the proposed projects are fiscally and academically sound, and will allow Eldred CSD students to “compete this century.”

According to the district, they will ensure the “timely completion” of the project by hiring an on-site construction manager, who they will be in constant contact with, whose payment will be tied to its guarantee that all deadlines will be met.

Payments on the projects will be spread over 17 years, with the first payment due in June 2026.

To learn more about the planned improvements, videos and a PowerPoint can be viewed at Eldred.k12.ny.us.