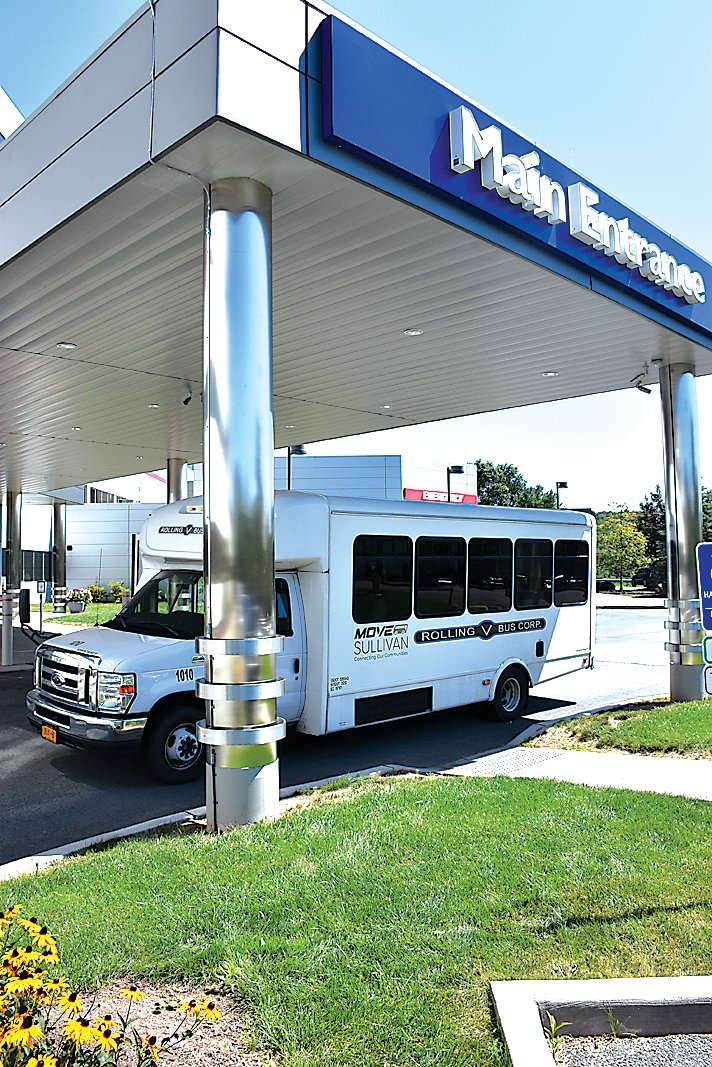 SULLIVAN COUNTY ––  Last month legislators voted to cover Move Sullivan bus fares, making it free to every rider, until at least December 31, 2023. Currently Move Sullivan offers two routes (A & B), but that could increase to four as soon as September 1.

Sullivan County Community Resources Commissioner Laura Quigley says a resolution to approve the expansion will be on the Legislature’s Executive Committee agenda later this month. The County has already received approval from the New York State Department of Transportation (DOT) to add the additional routes and will be able to request reimbursement based on a formula the DOT uses.

“So we’ll be able to get some of the money back that we’re going to lay out for the cost of the route,” said Quigley.

She plans to attend the Legislature’s work session (which is open to the public) on Tuesday, August 16 to have a more detailed conversation with legislators regarding the proposed expansion.

The proposed Route C would hit State Route 52 in Liberty by Beaumont Estates, stop at Liberty Commons on Barton Road, go into Swan Lake and Kauneonga Lake, come out onto State Route 17B and head towards Kinnebrook Estates in Monticello. It will also go down Route 42 to Sleepy Hollow Apartments, and then back around into the village, stopping at several key points in Monticello.

Route D is expected to head into Wurtsboro, stopping at Wurtsboro Hills, Blue Sky Homes LLC, Wurtsboro G-Mart IGA grocery store on Route 209, the Mamakating Library, as well as do two loops through Bloomingburg in the morning and two in the afternoon. It will also head into Rock Hill, stopping at Crystal Run, as well as the ShopRite and Walmart area in Monticello.

“There was always a plan to expand and to keep expanding because we’re trying to serve as many people as we can,” said Quigley. “So we started our first two routes [in] the most populated areas. We did a survey several months ago. [The expansion] was kind of based on some of the demographic information that I was looking at and had seen, plus the feedback from people who responded to the survey. A lot of people were requesting these areas.”

Once they get these two new routes going, Quigley said she wants to look into further expansion into some of the more outlying areas in the County, such as Jeffersonville, Livingston Manor, etc.

The scholarship, which is funded by the County Legislature, covers the cost of tuition and fees to Sullivan County 2022 high school graduates, including GED students and home schoolers, for one year of full-time study in a degree program at SUNY Sullivan.

Quaintance told the Democrat that the college continues to receive a very strong response to the new Promise Scholarship.

“To date our applications for enrollment are up approximately 24 percent over this time last year.  We have also received 123 applications for Sullivan County scholarships from local students,” said Quaintance. “While we are still in the most active application period, we see both of these as positive and look forward to a strong fall enrollment.”

More info regarding Sullivan Promise Scholarship eligibility and requirements can be found on the college’s website.