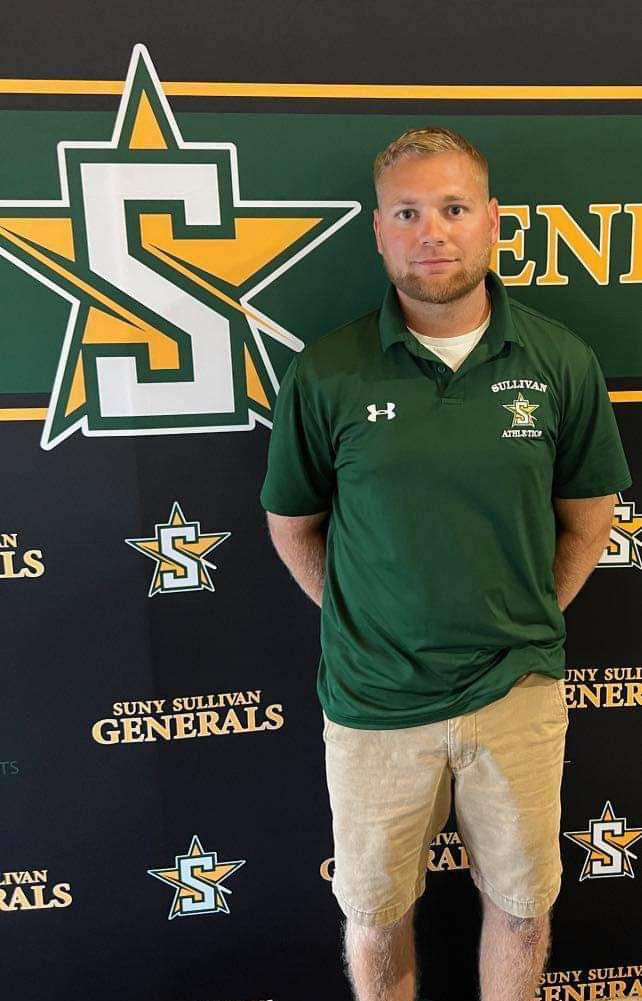 LOCH SHELDRAKE – Sullivan Generals’ Director of Athletics, Chris DePew, announced that the Head Baseball Coach position has been filled. Randy Delanoy, a graduate from Kingston High School, will make his head coaching debut for the 2022-23 season with the Generals.

Delanoy spent the past five years as the assistant baseball coach at SUNY Ulster, starting in 2017, where he was the recruiting coordinator, hitting coach, and worked with the outfielders.

Delanoy played football and baseball in high school before playing two years at SUNY Ulster. He played 2nd and 3rd base and was a captain for the two years he was there. After graduating in 2013, Delanoy moved on to play Division I baseball at St. Bonaventure University. Delanoy played with the Bonnies for two seasons, becoming a team captain in 2015.

The Generals finished last season with a 21-23 record, and will look to improve upon that with the addition of their new coach.