LOCH SHELDRAKE –– SUNY Sullivan hosted Ulster County Community College for their first home game since their tip off tournament on November 17. The 99-66 final kept the Generals … 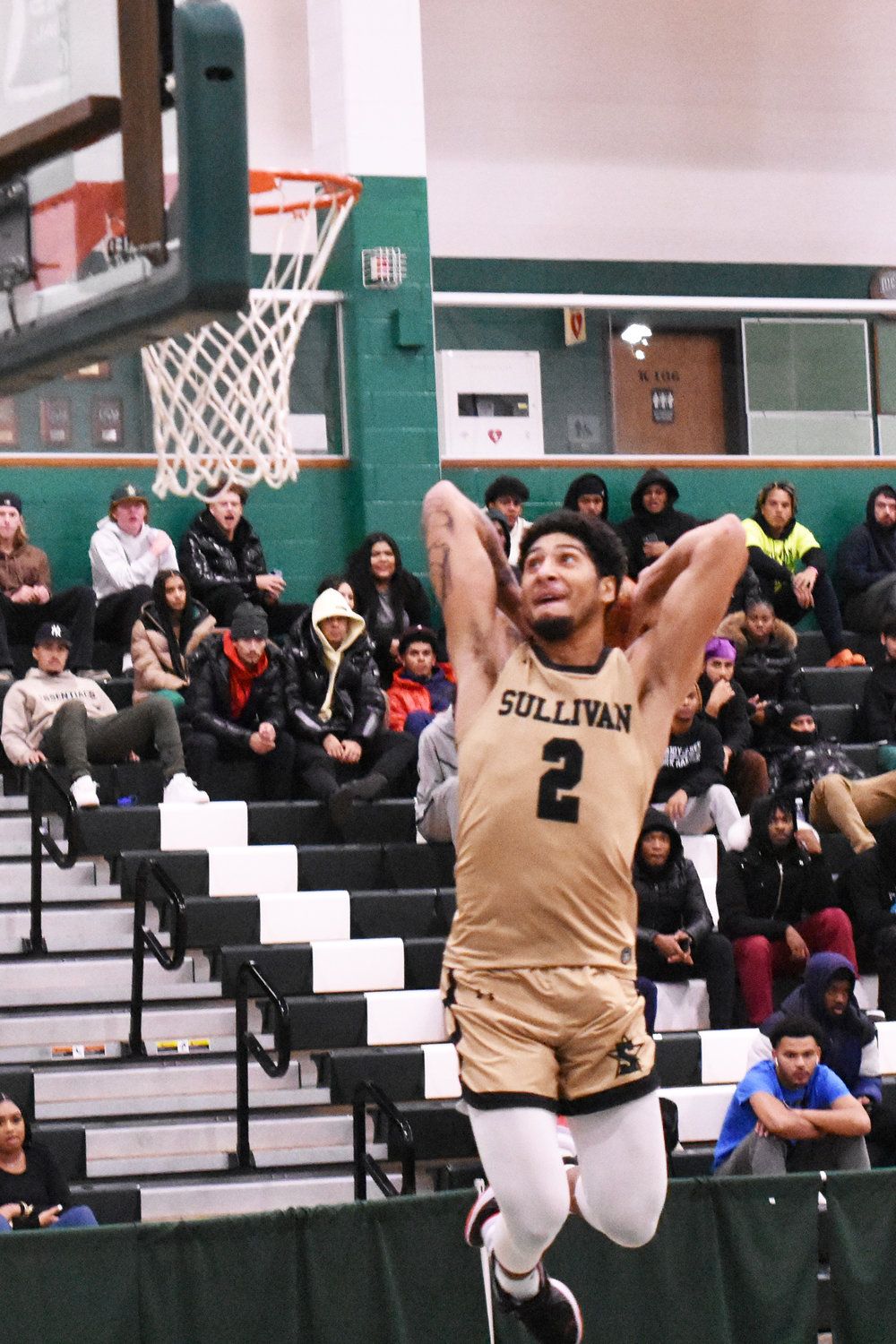 Sullivan’s Jay Alvarez (2) flies in for an uncontested dunk in the second half of a game against Ulster County.
Joseph McDoal | Democrat 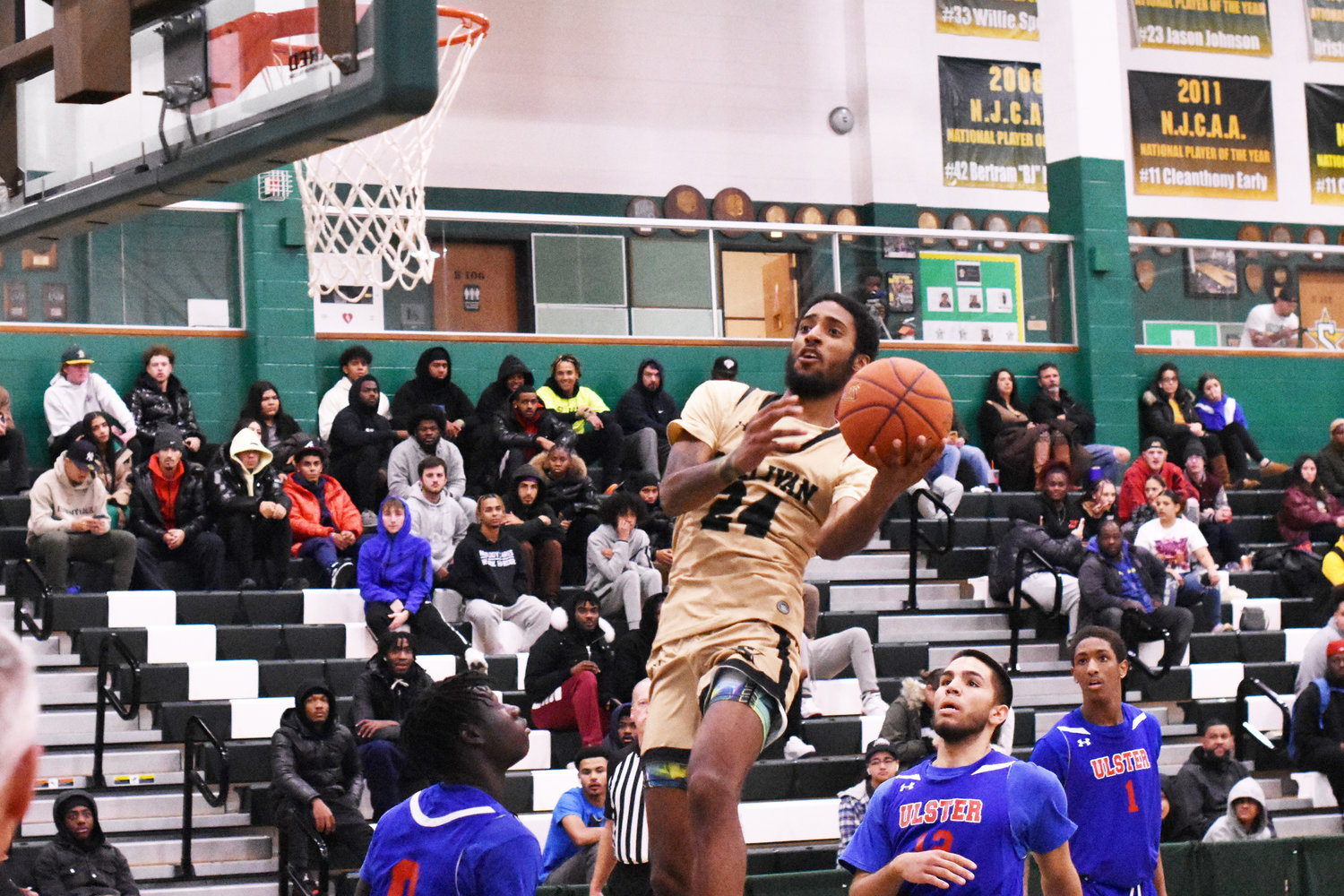 LOCH SHELDRAKE –– SUNY Sullivan hosted Ulster County Community College for their first home game since their tip off tournament on November 17. The 99-66 final kept the Generals undefeated with a 6-0 start to the season.

SUNY Sullivan started slow, relinquishing an early lead to UCCC for the first few minutes. The back and forth battle wouldn’t last long, however, as the Generals deployed their stifling full court press to tip the scales, and the score, in their favor.

Turnovers and fouls by the Senators, combined with fastbreak offense by the Generals, changed the momentum of the game.

Sullivan ended the first half with 41 points, which would have been larger if not for an 8-0 run in the final minutes by Ulster.

The second half continued the trends set in the first half, with the Generals deploying their press and setting the pace.

The Generals also secured more and more offensive rebounds as the second half continued.

This all contributed to Sullivan pushing to a 20-point lead within the first few minutes of the second half and sealing off another victory.

Coach Brent Wilson said, “I am very happy with our progress thus far. We have been recognized and are currently the No. 2 team in the country. We have a lot of new faces that have bought into what we are trying to accomplish. We are 6-0 (1-0) and are winning by an average of 26 points per game. Our team is only allowing 65 points per game so far and out rebounding teams by 20 rebounds per game.”