MONTICELLO — Excitement was in the air as a line snaked around the brand new Marshalls for its grand opening at 8 a.m. yesterday.

Marshalls employees warmly welcomed shoppers to the store, some … 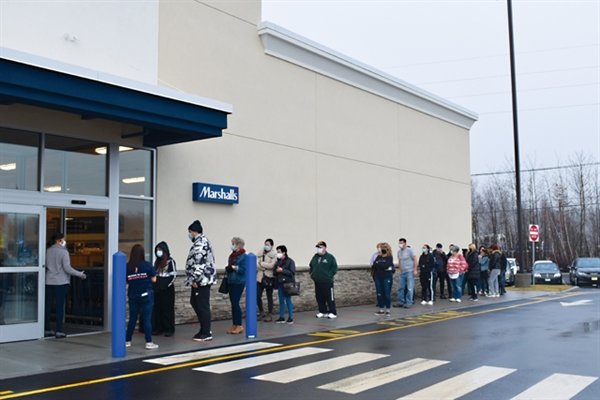 Marshalls opened in Monticello yesterday. A line formed outside the store before it opened at 8 a.m. Read more on page 1B.
ISABEL BRAVERMAN | DEMOCRAT 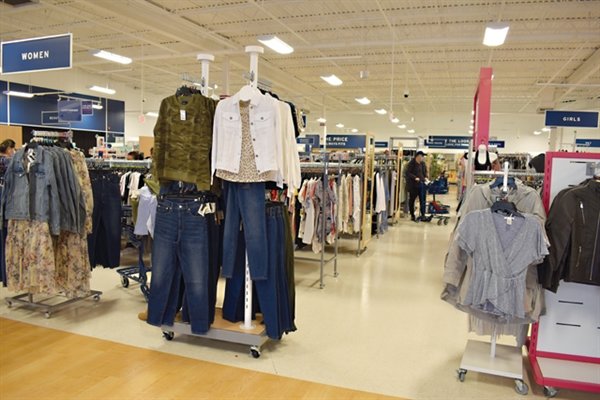 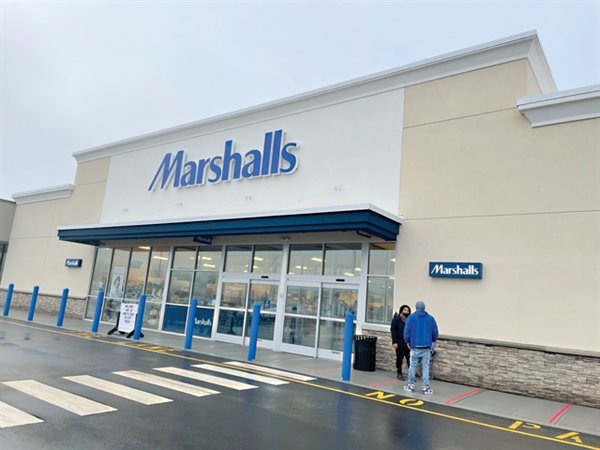 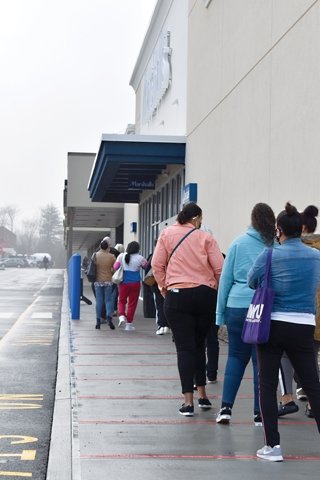 A line formed outside of the new Marshalls location in Monticello for its opening at 8 a.m. yesterday.
ISABEL BRAVERMAN | DEMOCRAT
Previous Next
Posted Thursday, March 25, 2021 12:00 am
Isabel Braverman - Staff Writer

MONTICELLO — Excitement was in the air as a line snaked around the brand new Marshalls for its grand opening at 8 a.m. yesterday.

Marshalls employees warmly welcomed shoppers to the store, some of whom had been waiting for a few hours.

One mother with three young children remarked that she was happy to have a store in Monticello so she doesn't have to travel to Middletown anymore.

Marshalls is a department store with over 1,000 locations in the U.S. It has women's, men's and children's clothing; home décor; footwear; jewelry; and beauty products.

Early shoppers on Thursday were given a complimentary reusable water bottle and hand sanitizer. They went in empty handed and left with shopping bags in tow.

Located in the Thompson Square Mall, 4058 State Route 42, the store's opening is the result of many different organizations working together to move Thompson forward in economic development, attracting the attention of national retailers like Marshalls.

“Being a business-friendly town doesn't just happen,” Town of Thompson Supervisor Bill Rieber, Jr. said in a press release. “We've made it a strategic priority. Our policies, approvals process, zoning, and overall development approach empower existing businesses to grow and thrive - while encouraging new and outside businesses to open up in Thompson.”

When Marshalls opens a new store they like to give back to the community, Assistant Manager Jordan G. explained, and they donated $10,000 to the Boys and Girls Club.

There were about 92 associates on hand to help out with the opening. Many of the employees live in or near Monticello.

“Coming here is a great opportunity,” Jordan said. “It's great to help set up a store in a new community and everyone is so excited.”

The Town of Thompson worked with developers and contractors to make it streamlined and efficient for Marshalls to open their doors.

Over the past two years the town collaborated with the Thompson Square Mall to improve traffic flow and safety. A new entrance and stop signs were added in anticipation of continued growth in visits to the Mall.

A new Hampton Inn is currently in the works at the Mall and a Popeye's is opening next to it.