LAKE HUNTINGTON - Oh the joy to be back on the court with the stands full of cheering spectators and the thrill of shooting the rock, passing to your teammates and evincing great defense to garner an … 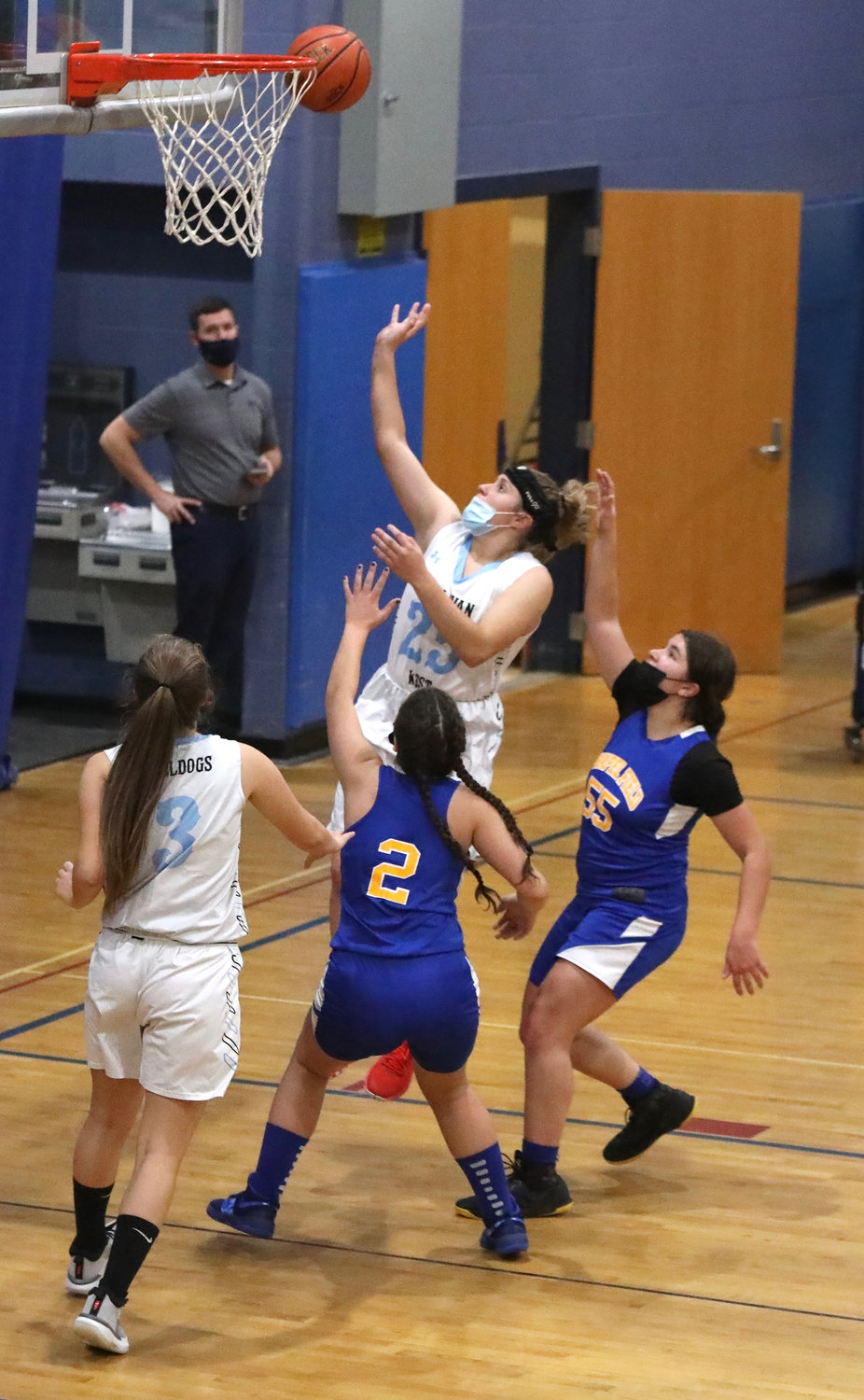 Sullivan West senior Riley Ernst goes up for two points. She led all scorers with 32 points in the Lady Westies’ convincing win over Chapel Field.
Richard A. Ross | Democrat
Posted Tuesday, December 7, 2021 6:20 am
Richard A. Ross

LAKE HUNTINGTON - Oh the joy to be back on the court with the stands full of cheering spectators and the thrill of shooting the rock, passing to your teammates and evincing great defense to garner an opening night win. Such were the elements that the Sullivan West Lady Bulldogs experienced in their 63-36 opening night win over the Chapel Field Lady Lions.

As expected, the first half had its share of nerves and hesitancy. Those disappeared in the second half with a surge of offense and some great helping defense to help the Lady Westies to widen the margin on their way to the victory. As Coach Pat Donovan put it, “It was great to be back in the gym with fans in the stands and girls playing basketball. The excitement that the girls had prior to the game was something I haven’t seen in a while from kids with everything going on today. It was sense of normalcy again for us. Those nerves were shown in the first quarter. We settled down in the second half and played basketball the way we know how to. We had great contributions from everyone. And I mean everyone. It may have not shown up in the scorebook, but we had girls with great assists, great defense, key put backs and rebounds. It really was a true team effort last night and I think that is going to be our Modus Operandi this year.”

Sullivan West led 17-13 at the end of the first quarter and 25-18 at the half. In the second half they outscore Chapel Field 38-18 to garner the lopsided win. Chapel Field’s Arianna Lopez scored 21 points for the Lady Lions. Sullivan West was 11-for-20 from the stripe (55%). Sullivan West hosts Liberty for a non-league encounter on December 7 and then travels to play S.S. Seward on December 9 in the first league fray of the season.