It was a joyous night for music at the Delaware Valley Opera’s (DVO) opening night on July 10th at the Barn at Callicoon Hills. “Feisty! Frivolous! Frothy!” offered a wide selection … 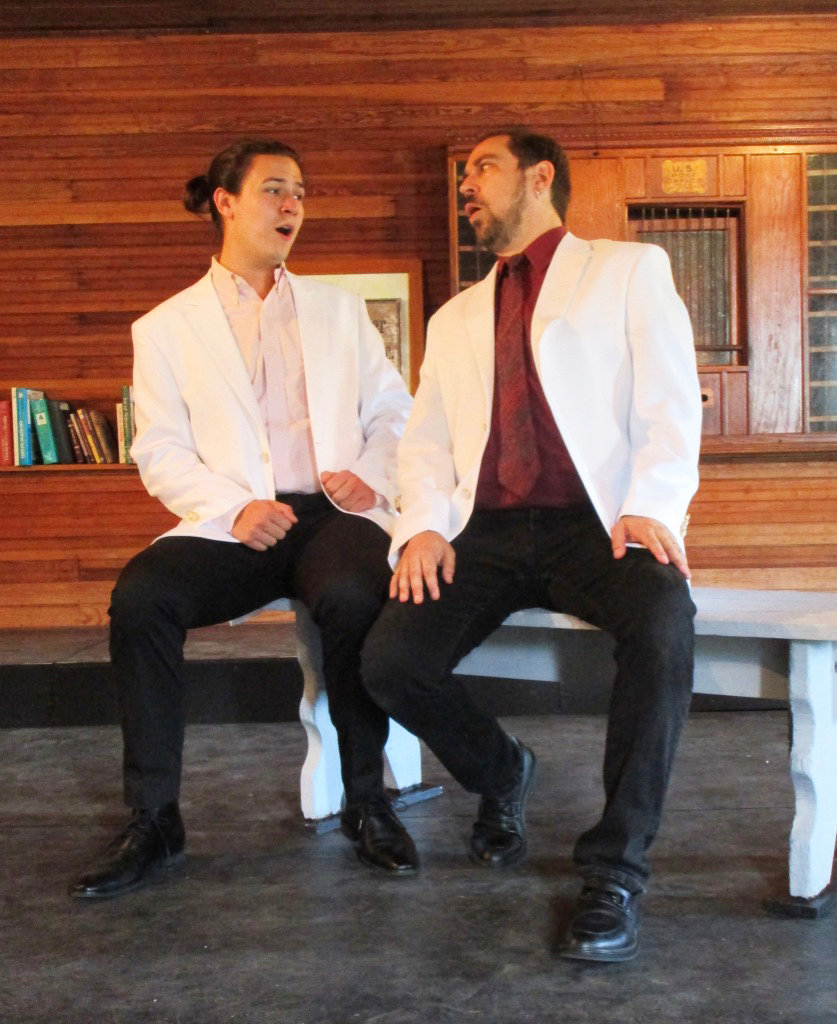 It was a joyous night for music at the Delaware Valley Opera’s (DVO) opening night on July 10th at the Barn at Callicoon Hills. “Feisty! Frivolous! Frothy!” offered a wide selection of operetta pieces, soaring vocals and a truly wonderful evening in an enchanting venue for all in attendance.

The DVO had two reasons to celebrate: the first being back-in-person performances, and the second being the announcement that the Company has purchased the Nutshell in Lake Huntington. This purchase allows the establishment of a permanent home for the first time in the company’s history!

Act One of the concert featured a wide variety of selections, including a preview of Gilbert & Sullivan’s “The Pirates of Penzance” which the company was originally scheduled to produce last year. It will be coming next year, and is sure to be a delight. Other composers featured included Johann Strauss, Franz Lehar, Victor Herbert, Rudolf Friml, John Philip Sousa, Victor Herbert and Sigmund Romberg. One of my favorite things to do is listen to the group numbers with my eyes closed to truly hear all the performers’ voices blending together in a vocal symphony.

Act Two was entirely comprised of selections from Leonard Bernstein’s “Candide” offering those who had never seen an operetta the chance to see how an operetta tells a story complete with humor, heartbreak, and joy. It was a lovely lightly staged performance with a rousing finale. The finale featured a special Chorus made up of other DVO performers and members of the Sullivan County Community Chorus that truly filled the barn to the brim with music.

Ken Parks, DVO’s General Manager, acted as emcee for the evening, jumping into wonderfully performed group numbers including “What a Joy to be Here” and “Here Come the Mounties.”

Annie Chester was a delight with her humorous performances and truly powerful voice. Her cheeky performance of “I Might Be Your ‘Once-In-A-While’” in Act One was lovely, and her performance of “I Am Easily Assimilated” in Act Two not only highlighted her voice, but also brought many laughs.

Marcus Aiken Huber had a lot to do in Act Two taking the lead of Candide and did he deliver. His voice was angelic, and his performance made you forget you were just watching small snippets of the operetta. His solo of “This Time It’s Love” and duets with both Mark and Schooley were outstanding.

It was a pleasure to see Elise Mark again, having last seen her in what feels like a long ago performance of the “HMS Pinafore” in 2019. Mark’s voice is still as pure and beautiful as I remember it. Her performance of “Vilia” from “The Merry Widow” was a treat, her rendition of “Moonbeams” was gorgeous, and her performance as Paquette and a thief were very funny in Act Two.

Brooke Schooley has such an incredible voice, and the acting chops to go with it. She was a delight singing “When I’m Calling You” with Jonathan Stinson, ending the song with a ringing high note that soared in the barn’s cathedral ceiling. And her performance of “Glitter and Be Gay” as Cunegonde in Act Two was out of this world – highlighting the characters despair of her situation, and fragile delight in material things.

Jonathan Stinson’s “Rose Marie” took my breath away. This song was a favorite of my grandfather’s and Stinson’s moving performance had me close to tears. It was lovely! His duet of “Golden Days” with Marcus Aiken Huber was spectacular, and I truly enjoyed seeing him play the conceited and comedic Maximilian in Act Two.

Nicholas Wuehrmann, who was also the Stage Director for the concert, was spectacular. From his tongue-twisting performance of “The Nightmare Song” to his comedic rendition of “El Capitan” complete with hilarious facial expressions, and lecherous performance of “My Love” in Act Two, I think Wuehrmann stole the show.

All in all, it was a wonderful evening and so nice to see the DVO back doing what they do best. My mother and I left the performance counting how many songs we knew from lazy summer afternoons with my Grandfather and Great-Aunt singing them for us, and praising the glorious cast of singers who filled the night with such beautiful melodies and harmonies. We’ll be looking forward to the next performance, and can’t wait to see what the DVO will do in its new home at the Nutshell soon!