SULLIVAN COUNTY - Week 4 of the Football season for our county teams has brought more clarity when seeing where teams are ranking as we approach the halfway point of the regular season. With big wins … 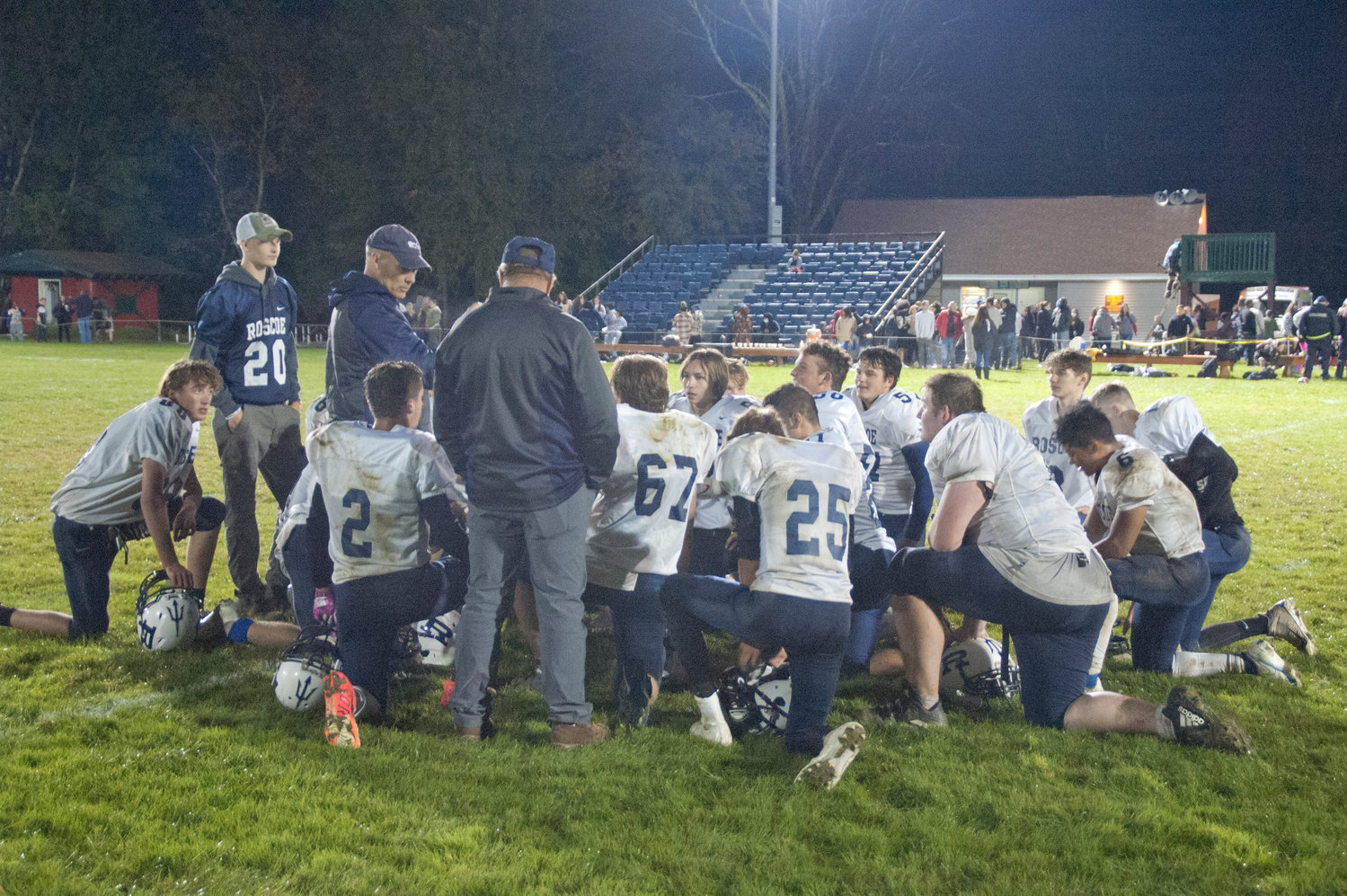 After defeating Fallsburg 22-3, Roscoe has sped out to an undefeated 2-0 division record as they prepare to host the Tri-Valley Bears tomorrow.
Anthony Morgano | Democrat 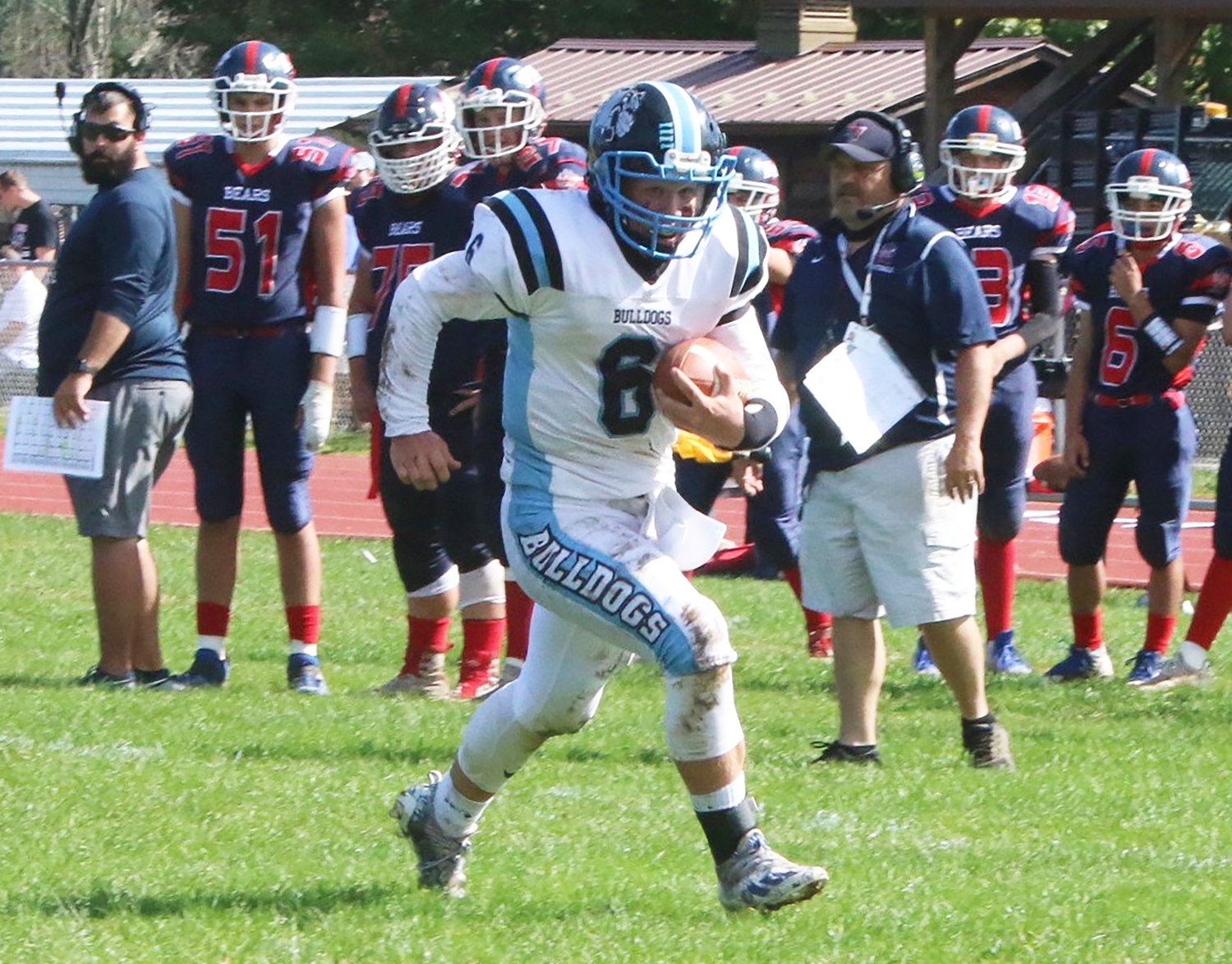 Sullivan West senior quarterback Gavin Hauschild rambles for a touchdown. Hauschild is having a banner year for the presently undefeated Bulldogs.
Richard A. Ross | Democrat
Previous Next
Posted Friday, October 8, 2021 6:20 am
Anthony Morgano

SULLIVAN COUNTY - Week 4 of the Football season for our county teams has brought more clarity when seeing where teams are ranking as we approach the halfway point of the regular season. With big wins by Sullivan West and Roscoe, the two undefeated teams in the league are, at this point, on pace to meet in the playoffs. As we look ahead to the games this weekend, here’s what to look out for:

Liberty looked good against Red Hook last weekend. Although they lost 28-14, they showed that they were able to score against one of the better defenses in their division. Hopefully this team can put all three phases together and steal a win on the road as they travel to New Paltz for a league match.

Monticello hosted Rondout Valley on Saturday in what turned out to be a pretty one-sided affair. Monticello scored on a long kickoff return touchdown, but they had a tough time, losing 42-6. They are now heading to the home of the Hambletonians to square off against the 3-1 team that is coming off a league loss at home to O’Neill.

Eldred had a hard time getting any offense going against the Bulldogs last week. After being blown out on the road, Eldred is headed to Ellenville to face the Blue Devils who have just won their first game of the year. Eldred, 0-3, needs to score some points tonight and hopefully get a win.

Can Sullivan West, currently ranked 5th in the state, be stopped? That seems to be the question on everyone’s mind as the 3-0 powerhouse continues to dominate the 8-man division. Fallsburg will be looking to rally back after a tough loss to Roscoe, and it will be interesting to see if they are able to slow down the Bulldogs.

Tomorrow on the Turf

After beating Fallsburg in Week 4, the Blue Devils, who are ranked 12th in the state, are returning home for a league matchup against the Bears. These two teams have flipped their scripts entirely since week one, as Roscoe has sped out to a 2-0 division record, while Tri-Valley has struggled to get all three phases going at the same time, falling 0-2 in the division. Tri-Valley needs to get into the win column this week to try to keep pace with the other league teams, and Roscoe needs to win if they want to stay on top of the division with Sullivan West.