SULLIVAN COUNTY – While Roscoe and Sullivan West are fighting for a chance to make it to the 8-man championship game with their semi-final clashes this weekend, the other teams from the … 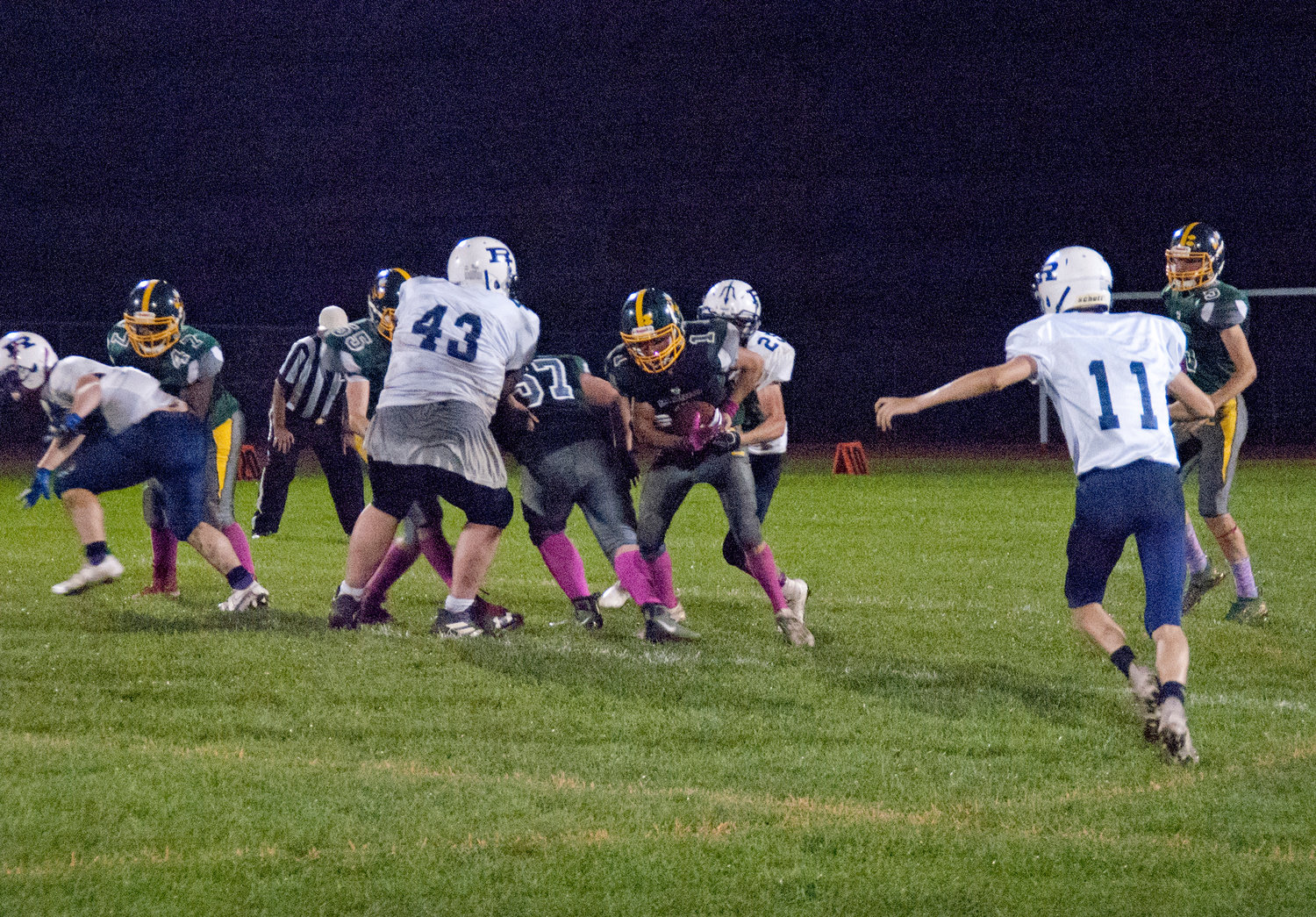 Dominic Furlipa (rushing) and the Yellowjackets will host Onteora tonight for a crossover matchup. Onteora’s lone win this season came against the Comets, and Eldred will look to keep it that way.
Anthony Morgano | Democrat 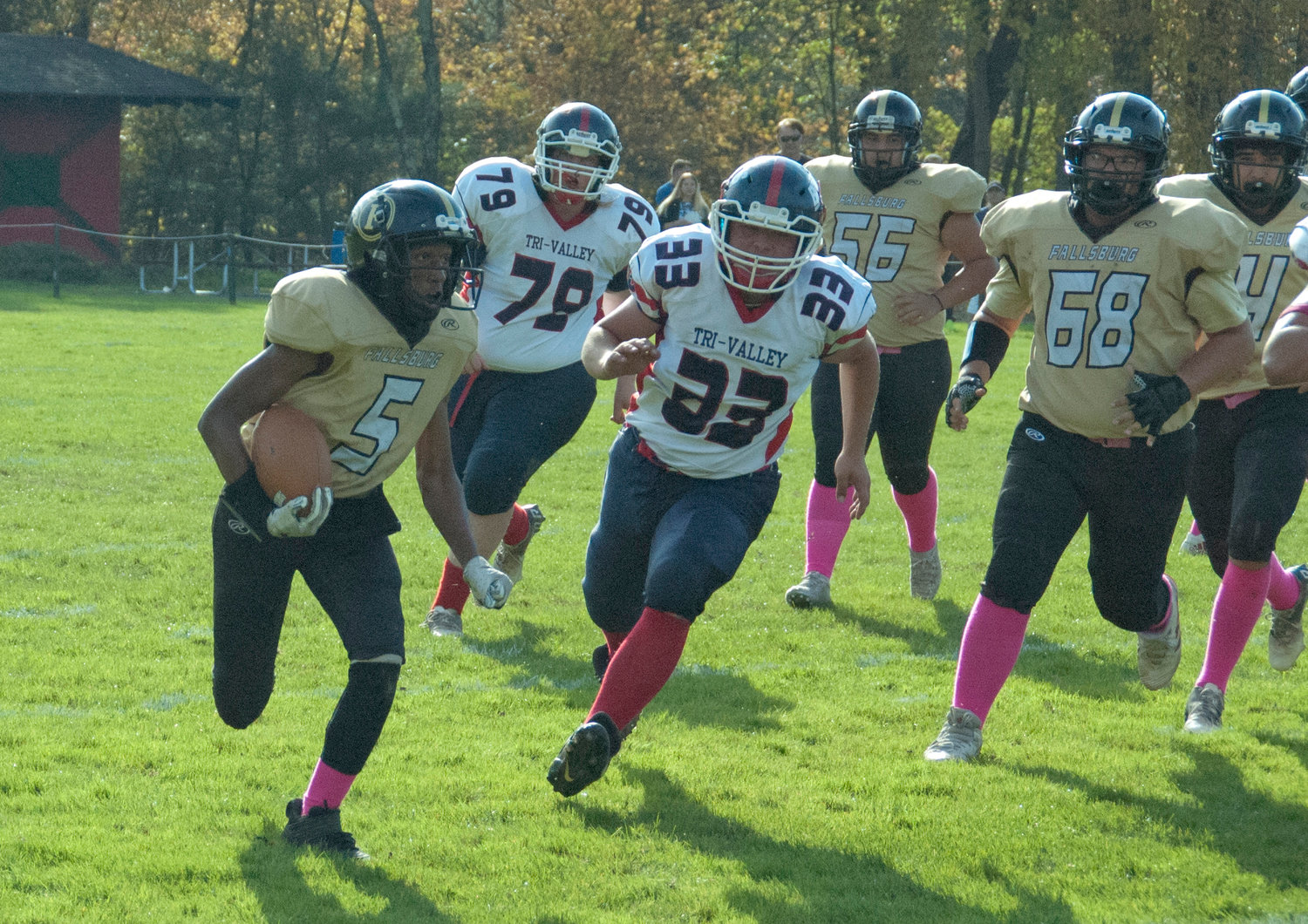 Jerimiah Findling rushes to the outside against Tri-Valley. Fallsburg has the week off, but Tri-Valley hosts Dover on Saturday.
Anthony Morgano | Democrat 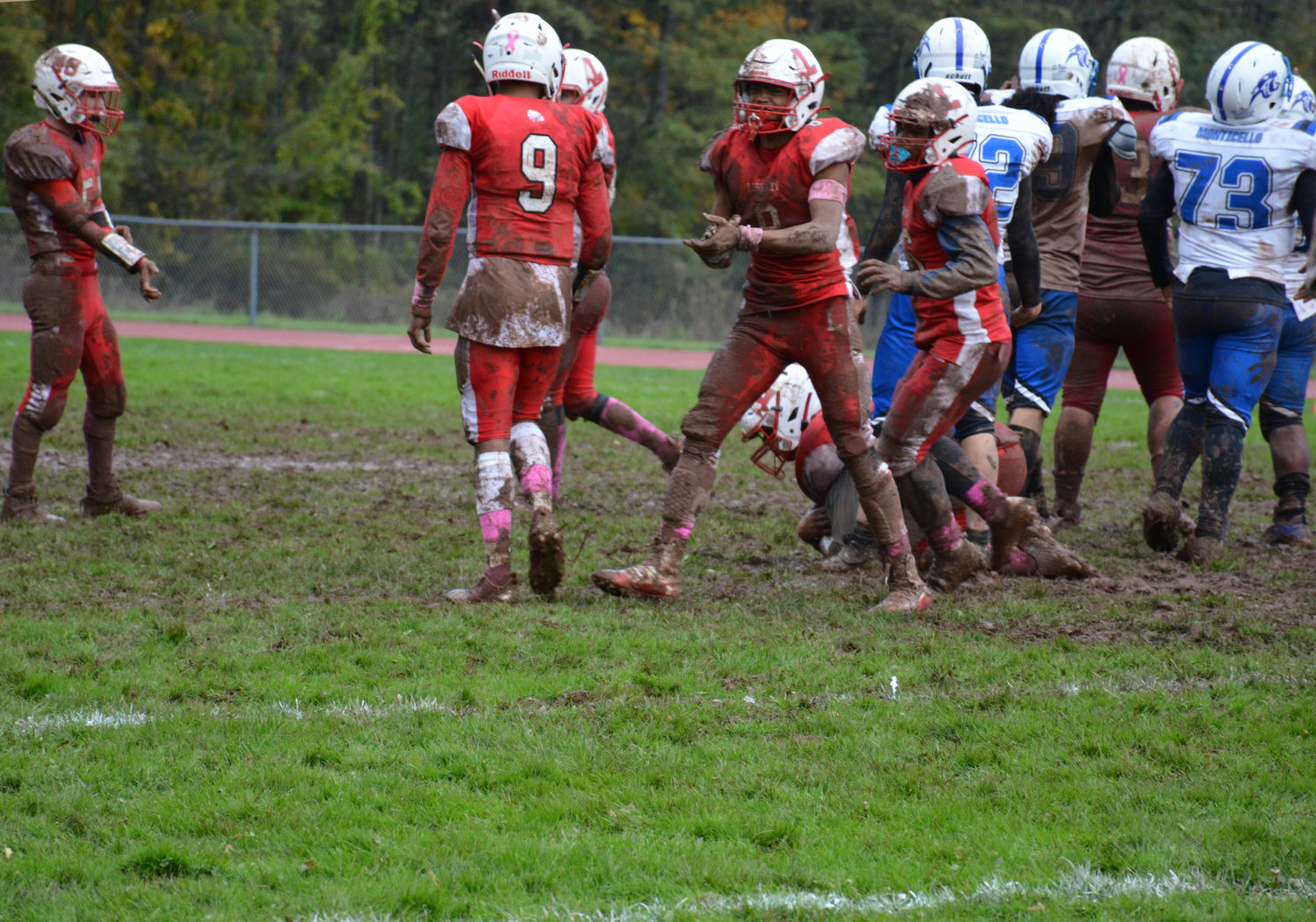 The Indians celebrate a fumble recovery in last week’s double overtime slugfest between Monticello and Liberty. Both teams are back in action this week as the end of the season draws near.
Joseph Abraham | Democrat
Previous Next
Posted Friday, November 5, 2021 6:40 am
Anthony Morgano

SULLIVAN COUNTY – While Roscoe and Sullivan West are fighting for a chance to make it to the 8-man championship game with their semi-final clashes this weekend, the other teams from the county will be participating in non-league crossover matches. Here is a look at the non-playoff games going on around the county:

The Panthers are back on the road this week after their double overtime brawl with Liberty last weekend. Still looking for their first win, the Panthers will try to topple 1-8 Presidents who are entering the game with a seven game losing streak.

After defeating Monticello for their first win of the year on Saturday, Liberty will be in Chester tonight to face off against the Hambletonians. Chester is scheduled to contend for the Class C Championship next week against O’Neill, so this game against Liberty is not a must-win for the Hambletonians.

Coming into this game, Eldred is still looking for their first win after being defeated by Fallsburg last weekend for the second time this season. Onteora has similarly struggled, winning only one of their seven games thus far and looking to steal a second win against an opponent from the other side of the 8-Man Division.

Tri-Valley is hosting Dover this weekend after squaring off against a Section IV team last Friday. The two teams have been in the middle of the pack on either side of the division, but neither earned a trip to the playoffs this season.