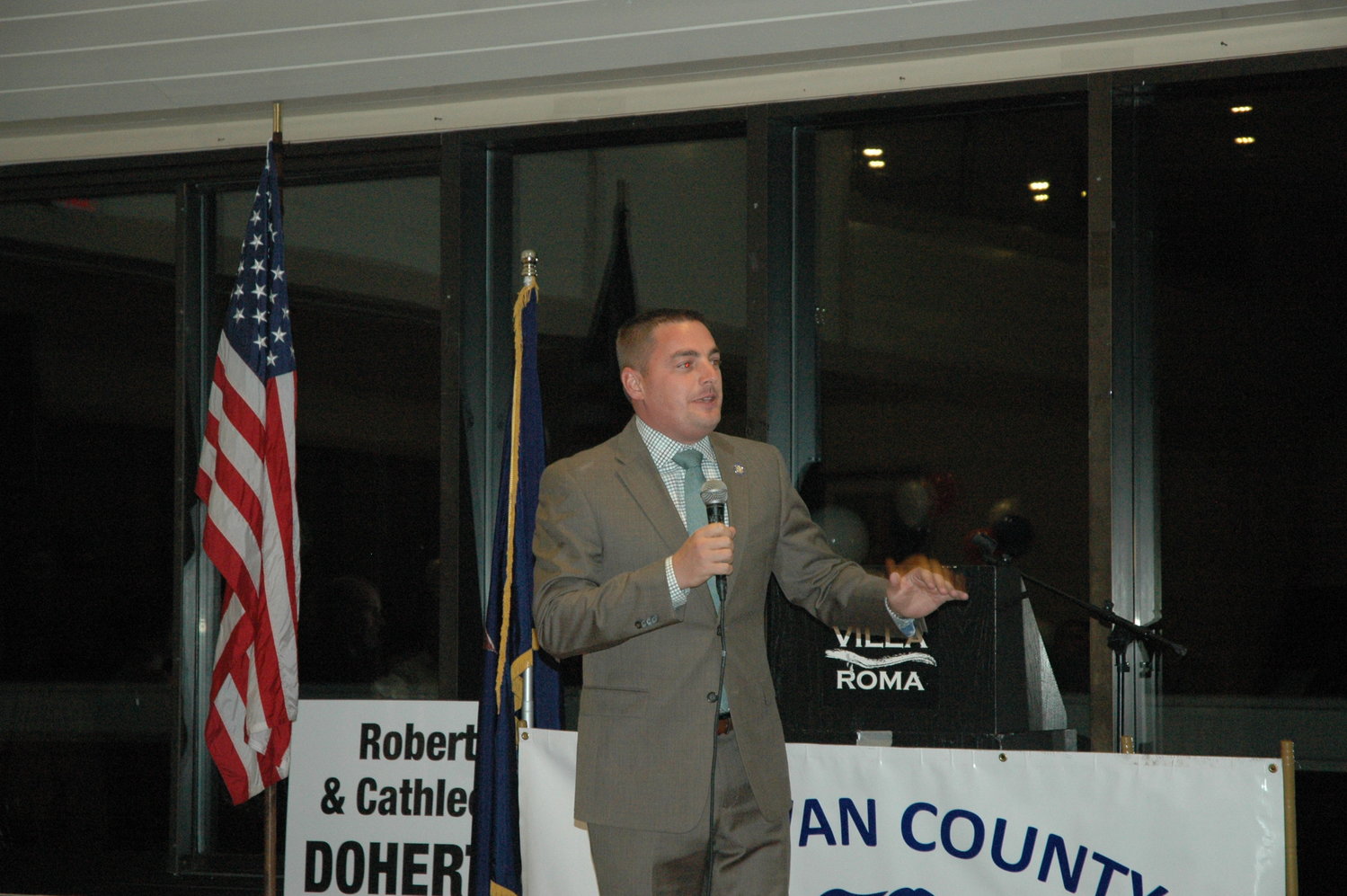 SULLIVAN – New York’s 42nd Senate District Representative Senator Mike Martucci is concluding his first and only term in January after his decision to withhold his bid for reelection last month. So what is next for the Senator moving forward?

Prior to being elected to office in January of 2021 to serve as the representative of the 42nd Senate District, Senator Martucci successfully campaigned against incumbent Senator Jen Metzger in 2020.

After his time representing Sullivan County in Albany, Senator Martucci noted his personal takeaways from his time spent at the State Capital.

“There have been quite a number of lessons I have learned. Top of my list is how important it is that our region has a strong voice in State Government because…State Government…is oftentimes led by voices from metropolitan areas, and cities around our state,” Martucci said. “Anyone who is representing a rural community like Sullivan County certainly has their work cut out for them, and has a mighty task in making sure that the issues of rural communities are heard and at the table with decisions made in Albany.”

Over his two year term, Senator Martucci has written, assisted in crafting, and vied for a number of legislative bills in the state Senate on behalf of the region, including “Billy’s Law’’, a bipartisan bill which sought out to protect volunteer firefighters from repeat arsonists following the tragic line of duty death of Forestburgh Fire Company’s Assistant Fire Chief, William “Billy” Steinberg.

As the first bipartisan sponsored bill of his term, Martucci called the legislation on bail reform an “intelligent compromise,” as Martucci, 100th Assembly District representative Assemblywoman Aileen Gunther, and other local political leaders backed the bill in unison.

“Bail reform has been one of the hot-button issues and has been contentiously debated. What we see a lot of is a lot of political rhetoric around the issue of bail reform and not a lot of action around it,” Martucci said. “It [Billy’s Law] takes a scalpel into fixing the issue, versus the chainsaw.”

In addition to the legislation highlighting the community’s desire to protect volunteer firefighters within the county and state from repeat arsonists, Senator Martucci assisted in advancing other State-wide legislation, including the pushback against former Governor Andrew Cuomo’s funding cuts to the Local Casinos Impact Aid.

“A huge priority moving forward is that [the Local Casinos Impact Aid] has to be maintained because without that, there’s a huge tax burden that gets passed directly to taxpayers of Sullivan County,” Martucci said.

Senator Martucci also recalled his work regarding various environmental victories focusing on the prolonged protection and funding for the Delaware River and White Lake, and of his efforts in ensuring the allowance and legality of electronic and virtual appearances of defendants in New York courts.

In the days leading up to the transition of power in January, Martucci said that he is spending the remaining time out of session in Albany ensuring those who will continue to oversee legislation at the state-level continue to keep Sullivan County residents in mind with their continued legislation.

Why not run  for reelection?

Senator Martucci attributed his reasoning for stepping back into the life of a private citizen to not only redistricting and the struggle of campaigning against three incumbent Senators, but to his desire to spend time with his family as well.

“I am blessed to say that I have a young family at home. I have a son who is seven, a daughter who is six, and another daughter who is three,” Martucci spoke of his wishes to spend more time at home and the large amount of time that is dedicated to being in Albany while in office.

Senator Martucci did not discount his possible run for reelection in the future, saying that time will tell if he will step back into the political arena.

Redistricting of the State’s Congressional and Senate electoral maps throughout New York caused uncertainty for the future of politics in the county. The finalization of the new maps eventually caused the 42nd District to be reformed, splitting it up into three separate districts. In a race without redistricting, Senator Martucci would have been the incumbent candidate for the 42nd Senate District.

However, due to the maps taking a new shape, it would have made Martucci a challenger in his bid for reelection.

Passing on the torch

On October 14, Senator Martucci gave his farewell speech to those who supported him throughout his term at the Sullivan County Republican Committee annual dinner at the Villa Roma Resorts.

“Thank you to each and every one of you,” Martucci said. “The ride was great.”

“My advice to Senator Oberacker, or anyone looking to represent the county, is to put your ear to the ground, get out there, meet folks, and listen, because the needs of the community are very unique and the best way you can serve those needs is first by understanding,” Martucci said.

Chairman of the Sullivan County Republican Committee and Supervisor of the Town of Cochecton Gary Maas told the Democrat that the local conservative party members will miss his enthusiasm and presence that he brought to Sullivan County.

Senator Martucci told the Democrat of his gratitude to his constituents, supporters, and all of the residents of Sullivan County he has represented for the past two years.

“What I want to say to everyone is thank you. Just a few years ago I was a stranger in Sullivan County, and the community had embraced me, taught me about the needs and unique qualities of the community,” Martucci said. “Without their [Sullivan County residents] help, support, and cooperation, I don’t think we would have had a successful two years as we did.”