It was June of 1949, and people from Roscoe to Bloomingburgh were all abuzz about an upcoming event that promised to usher in a new era of entertainment in Sullivan County. 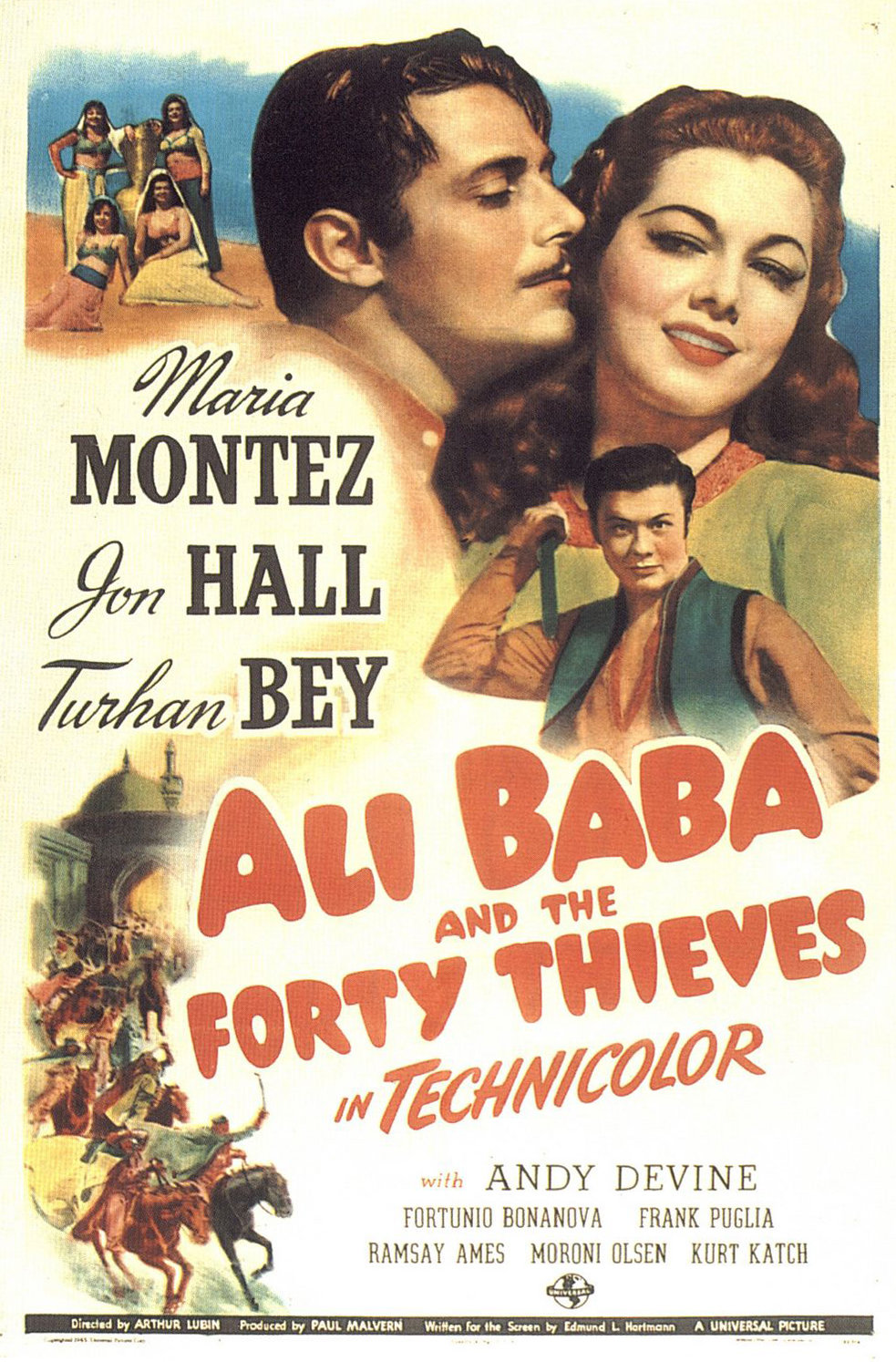 A movie poster for Ali Baba and the Forty Thieves, the first movie ever shown at the Mountain Drive-In in Liberty, Sullivan County's first drive-in.
Contributed photo
Posted Friday, June 3, 2022 7:00 am
John Conway

It was June of 1949, and people from Roscoe to Bloomingburgh were all abuzz about an upcoming event that promised to usher in a new era of entertainment in Sullivan County.

Everywhere local residents turned, it seemed, there were announcements about the impending grand opening of the revolutionary Mountain Drive-In in Liberty, the county’s first drive-in movie theater.

Although the nation’s first modern drive-in theater had opened for business on June 6, 1933 in Camden, New Jersey, Sullivan County was really not that far behind the times.

The Mountain Drive-In was the brainchild of Dr. Luther F. Grant, a prominent Liberty physician with a flair for the dramatic.

Grant formed a corporation called Mountain Drive-In Theater, Inc. and hired D. Fred Hoffmann, a veteran movie house manager from Baltimore, to oversee the operation. The new venture was located on a tract of land on Route 52 between Liberty and Loch Sheldrake that had once been part of the Vantran farm.

The Mountain Drive-In was originally designed to accommodate about 520 cars and between 250 and 300 walk-ins, who were able to watch from a separate area.

A state-of-the-art sound system was installed that provided for a speaker in every car, each with its own volume control. Admission was 60 cents per person, which included ten cents federal tax.

It wasn’t until less than a week before the grand opening that a feature film was decided upon. In fact, one of the last press releases issued by the theater company touting the opening admitted that no film had yet been picked.

“The county’s first drive-in theater, an outdoor arena in which you may sit in your car and view a movie with your own private amplifier, will open on Saturday of next week, it was announced today by D. Fred Hoffmann, who will manage the theater,” the Liberty Register newspaper reported on June 9. “Just what feature will be shown on opening night Mr. Hoffmann was unable to announce, as arrangements for this are still in process.”

On Thursday, June 16, just two days before the grand opening, the Register ran a large ad announcing that there would actually be “two glorious Technicolor features” shown on opening night.

The inaugural film would be “Ali Baba and the Forty Thieves” with Maria Montez, Jon Hall, and Turhan Bey. And that would be followed by Claude Rains, Nelson Eddy and Susanna Foster in “Phantom of the Opera.”

Few if any filmgoers that first evening would ever realize that, though it was totally coincidental, it was a tad ironic that a Jon Hall film would help make Liberty history. The handsome leading man who was born Charles Felix Locher had a few years previously spent time at the nearby Loomis Sanatorium recovering from tuberculosis.

After a three-day engagement, the initial two films were replaced the following Tuesday by the already nearly seven years old John Wayne movie “Pittsburgh” with Marlene Dietrich and Randolph Scott, as well as the even older Douglas Fairbanks Jr. adventure, “Green Hell.” The theater’s second weekend would feature Abbott & Costello in the 1942 comedic romp, “Pardon My Sarong.”

It has not been recorded how many people turned out to watch movies “rain or moon” those early days at the Mountain Drive-In, but it was probably substantial, or at least satisfactory.

The concept of watching a movie from the privacy of your own vehicle really caught on all over America during the 1950s. While indoor movie theaters were losing favor with the American people — 5,000 of them closed down between the years 1948 and 1958 — drive-ins were not only becoming more numerous, they were getting bigger, too.

The Troy Drive-In in Detroit, Michigan, for example, could service up to 3,000 cars, and there were two drive-ins on Long Island in the 1950s that could handle 2,500 cars each.