MONTICELLO – Once in a great while, a player comes along whose presence, leadership and impact is literally beyond description. Such players, outstanding in their own right, are also vital to … 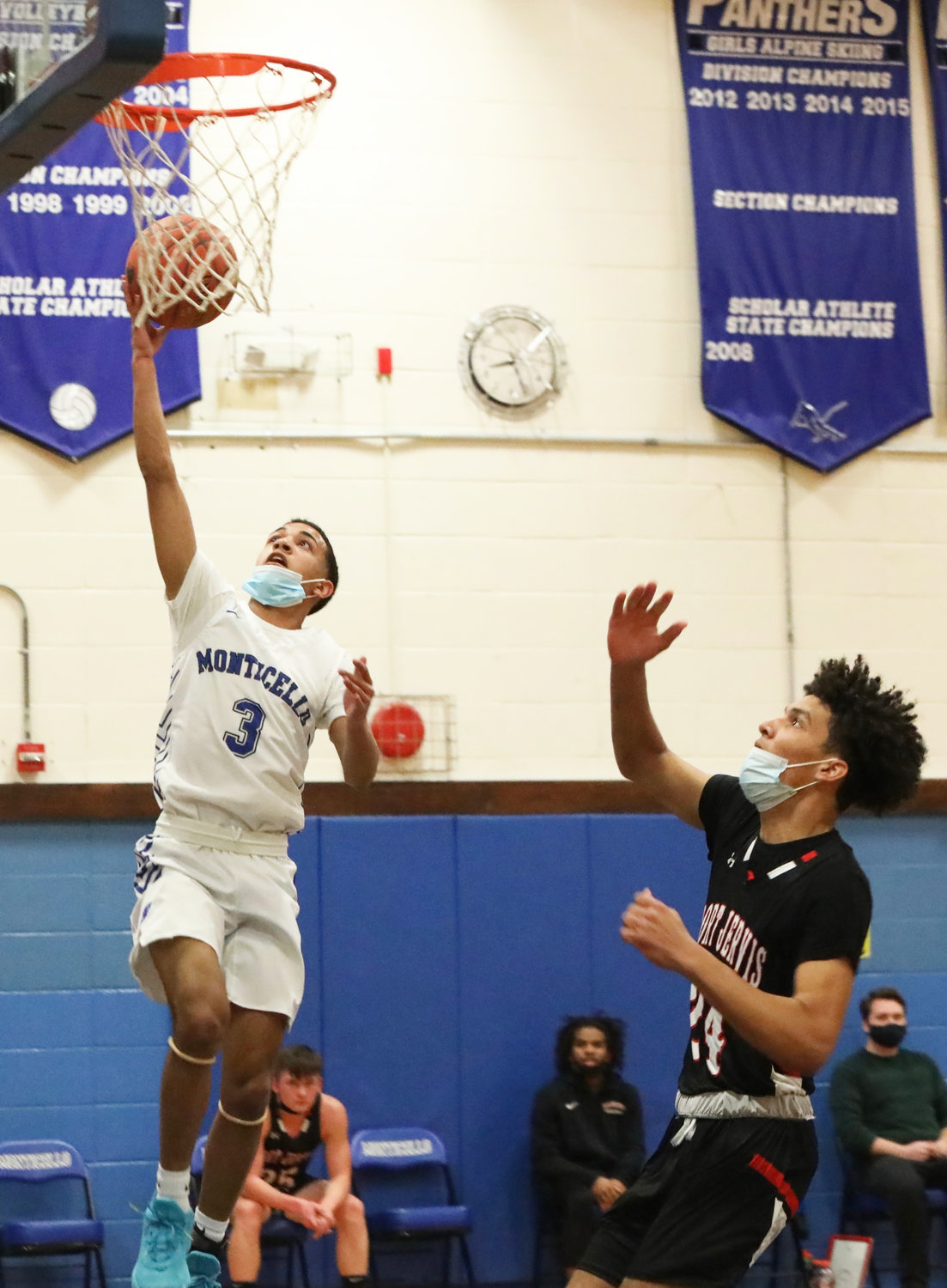 MONTICELLO – Once in a great while, a player comes along whose presence, leadership and impact is literally beyond description. Such players, outstanding in their own right, are also vital to the success of the team, for they inspire their teammates to rise to new heights. In short, they lead by example and become the very heart and soul of the team.

Monticello point guard and team captain Pedro Rodriguez was just such an entity for the 2021-22 Panthers. His contributions amount to so much more than a mere statistical analysis can provide. In the words of his coach, NYS Boys Basketball Coach of the Year Chris Russo, “He was the heartbeat of our team. He handled the responsibility of team captain and point guard as our primary ball handler, and he did that job extremely well. The kids really respected him. His play elevated theirs. Pedro’s knowledge of the game coupled with his ability to see the floor surpasses anyone I’ve ever coached. He found ways to get the ball to kids when we needed it the most. We trusted him to make the plays when we needed it. He’s one of the three toughest kids I’ve ever coached and one of the best leaders I’ve ever had.”

Born in Puerto Rico and moving to Monticello in time to enter kindergarten, Rodriguez, whose primary sports interest had been baseball, cut his teeth on playing hoops initially with the basket his dad Pedro put up for him. Playing with other kids was fun and affirming. In 7th and 8th grade he played on the Montis modified team but skipped his freshman year to concentrate on baseball. But in his sophomore year, he made the varsity and began to see what he could do on the court with his talent. It was then that he began to take his game more seriously. In the offseason he would find other places to play including Goshen’s indoor courts. His basketball prowess had a bit of catching up to do with his baseball roots. “I started playing baseball when I was three years old.”

He is the shortstop on Monticello’s team but now admits that basketball has surpassed baseball in terms of his sports passion. Surpassed, but clearly not replaced. Rodriguez is an exceptional athlete, something Coach Russo attests to strongly. His speed, deft moves and uncanny leaping ability on the court showcase that physicality and the clearheaded mentality to marshal it.

Unfazed by big players in the paint, he will often accelerate, twist and turn to neutralize their advantage. “A lot of teams we played were bigger than us, but you can’t see that as a disadvantage. I use my speed and my ability to pass the ball or pump fake and make them leave their feet and then I go from there.”

Even if he can’t score, he’ll often draw fouls and his free throw shooting is smooth and quite precise. Rodriguez’s passing ability and instincts cause serious matchup problems for defenses. “I think of myself as a pass-first guard,” he asserts. He regards his passing ability as his greatest asset.

He will be moving on to SUNY Cortland in the fall to major in physical education. At present he has no immediate plans to try and play at the next level, but that could change. Baseball is still a possibility. Both sports are literally in his bloodstream.

Rodriguez has a great rapport with Coach Russo whom he references as someone who has imparted valuable life lessons to him. “He taught me you can only control the things you can control. Don’t worry about the other things either on and off the court.”

In looking back over the arc of the season, he felt even from the beginning that the team could do well, and he did what he could to help that aspiration become a reality. Ultimately in the loss to FDR in sectionals, admittedly a disappointing loss, another lesson was driven home. That lesson is about intensity and determination which you can never let down. Nor can you look past any game as the Montis probably did with their strong wish to get another crack at Goshen. Great players never stop learning, just as they never stop trying to better themselves and their teams.

For Pedro’s family, including his dad who bears the same name, his mother Yesenice and his sister Yessimar, Pedro’s accomplishments have been a great source of pride as they have been for Monticelllo High School, the community and the section. “I feel like basketball has exposed me to the world,” he says with a grin.

“Hey, he’s that kid from Monticello who plays great basketball,” they say. We say, hey, he’s our MVP.