ROCK HILL — With the public hearing still open, the applicant for Avon Commercial Park, Glen Wild Land Co. LLC, was back on the agenda of the Thompson Planning Board on March 23 and sought to … 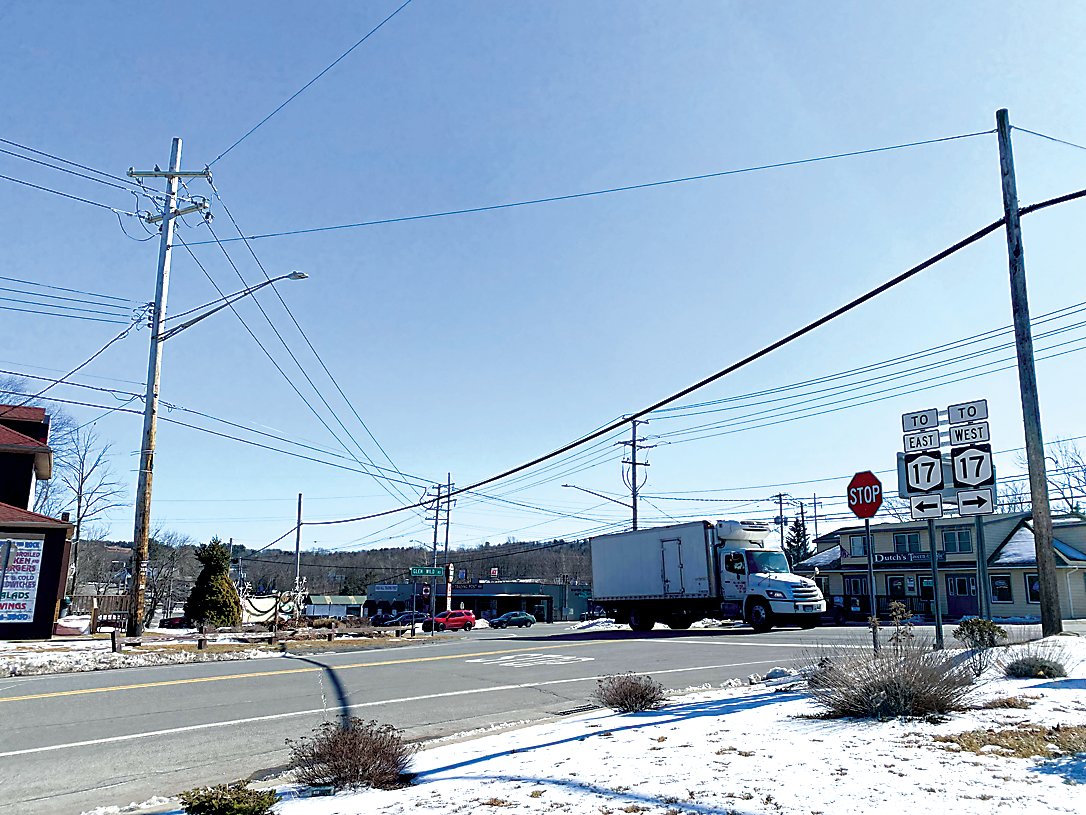 Avon Commercial Park is back on the agenda for the Thompson Planning Board as they hear concerns on the potential traffic pattern changes and installing traffic lights at Glen Wild and Katrina Falls intersections.
Patricio Robayo | Democrat
Posted Friday, March 25, 2022 6:58 am
By Patricio Robayo

ROCK HILL — With the public hearing still open, the applicant for Avon Commercial Park, Glen Wild Land Co. LLC, was back on the agenda of the Thompson Planning Board on March 23 and sought to close the public hearing in order to move on with the project.

A special meeting was set up the week prior but was canceled by the applicant. Helen Budrock, Delaware Engineering consultant to the planning board, said the planning board was ready at the March 16 meeting to declare a negative or positive declaration for The State Environmental Quality Review Act (SEQR) or request more information from the large warehouse project to be built in Rock Hill.

The day before the special meeting, the Thompson Highway Department Superintendent, Richard Benjamin Jr., stated in a letter sent to the planning board that the proposed changes to the traffic pattern from the construction of the warehouse “may have serious impacts on the business and residents of Rock Hill.”

The developer, Glen Wild Land Co. LLC, wants to build 560,000 square feet of warehouse space in two buildings on the dead-end road of Rock Hill Drive. Truck traffic has been the main concern for those who spoke out against the project during the public hearing thus far.

During a work session held on February 23 between the developer and the planning board it was discussed that traffic conditions could improve in Rock Hill by adding two stoplights. One would be on Katrina Falls Road and another on Glen Wild Road.

Included in those plans was an emergency access drive from the warehouse that would be gated and a dead-end, and that is something that Benjamin Jr. said he will not accept.

“I would not approve circumventing any zoning regulations by road dedication. Roads for dedication need to be constructed to town spec, open to the public and maintained by the Town,” Benjamin Jr. said.

The highway superintendent recommends that no action be taken “until final written comments are received from [New York State Department of Transportation] NYSDOT and [Sullivan] County [Department of Public Works] DPW and reviewed and accepted by town and traffic engineers.”

Larry Wolinsky, a legal consultant to the planning board, recommended that the public hearing stay open until the SEQR process has been completed.

Furthermore, the applicant has to respond to the highway superintendent’s concerns and further comments from the county and the NYSDOT.

George Duke, an attorney representing the applicant, expressed frustration at the meeting on how long the process has taken and said they are eager to move forward with the project. He said closing the public hearing would allow that to happen.

Wolinsky reiterated with so many outstanding issues it would be wise for the public hearing to stay open at least until the SEQR process is completed.

After the public hearing is closed and the planning board makes a decision of significance on the project, the warehouse project will still need to complete the site plan review and the special use permit review. “We believe that component (the SEQR process) will probably address these outstanding issues that are still hanging out there,” said Wolinsky.

The planning board agreed to put the Avon project back on the agenda for the April 13 meeting.