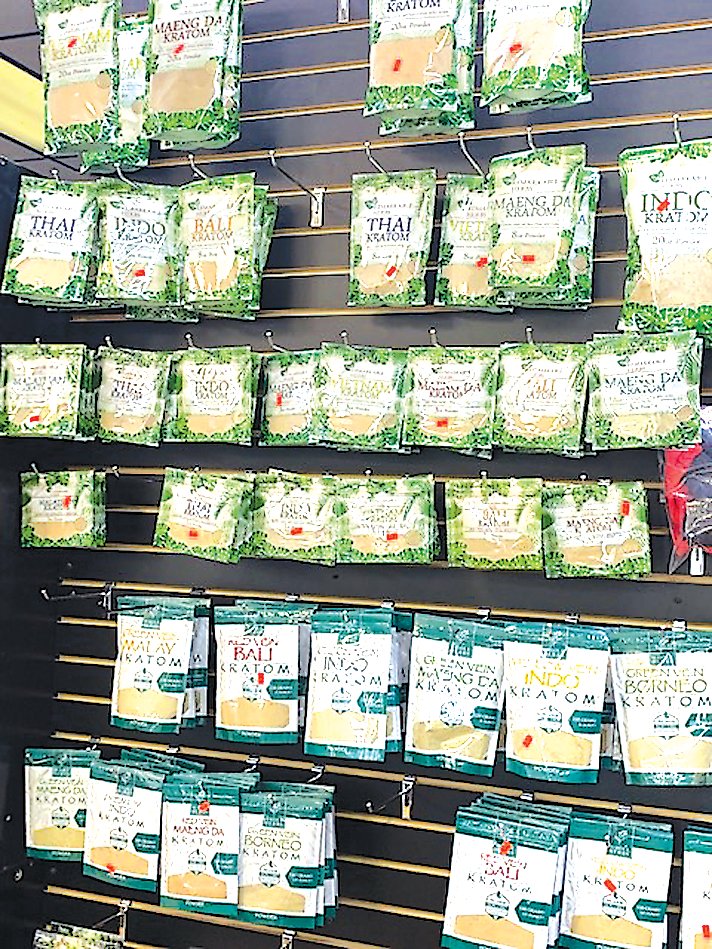 Kratom is legal in 44 of 50 states and can be purchased at many head shops, tobacco stores and gas stations.
Contributed photo 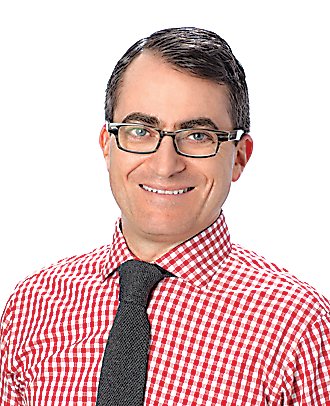 SULLIVAN COUNTY –– Kratom (pronounced Kray-tom), in the scope of history, isn't a new drug. Its roots date back hundreds of years to Southeast Asia where native populations used to chew a few leaves or drink it as tea, using it to enhance stamina, reduce fatigue and in some cases, it was taken as anti-diarrhea medication or as a cough suppressant.

Since 2016, however, importation of Kratom to the U.S. has dramatically increased.

The difference in Kratom in Asia versus the U.S. is how it is being used, which has Dr. Tucker Woods, the Chief Medical Officer of Restorative Management Corp, a provider of outpatient substance use services in Sullivan and Orange Counties, concerned.

“When you study poison control data from Thailand versus poison control data from the United States, we're seeing issues that are not seen in Southeast Asia,” said Woods. “Last year, I had no patients that I was treating for Kratom addiction, and now it's between five and 10 percent of my patients, which is a bit of a big jump. So it is becoming an issue here.”

According to Woods, Kratom is considered an atypical opioid, as symptoms of withdrawal are similar to other opiates. What's unique about Kratom, Woods explains, is that if you take one pill it acts as a stimulant. If you take four or five pills, as described by a patient, you act “chill and mellow.”

However, at higher doses, it acts just like an opioid.

“It's been out of control, where in the beginning, they [patients] would be taking maybe seven capsules a day, and then escalate to taking 80 capsules within five minutes of waking up, because they're going through such severe kratom withdrawal,” said Woods, who added that about two thirds of his patients transitioned from opioids to kratom, while one third had never used opioids.

Woods noted that since people develop a tolerance, Kratom use usually goes up tenfold within a few weeks.

Kratom is made up of 40 different compounds called alkaloids, with the most predominant being mitragynine, which Woods says does have some opioid-like properties. But then there is a compound called 7-hydroxymitragynine that Woods said is very addictive.

“Some of the companies are separating out all these different alkaloids,” said Woods, “and so then it's called an extract, where you're not getting all 40 alkaloids. They're teasing out different parts of Kratom, separating the different compounds and they're bottling up the most addictive one [7-hydroxymitragynine] and that's a problem.”

Unlike other drugs, Kratom isn't yet regulated. Woods explained that when a person goes to the store and buys Tylenol, they know exactly what they're getting, whereas with Kratom, that isn't the case.

“There are a lot of patients that are getting seizures ... having liver damage ... and there's one case report here in the United States of a patient needing a liver transplant, because of Kratom use,” he continued.

Woods' patients have told him that they were able to find Kratom at various head shops, gas stations, tobacco stores and online.

One of Restorative Management's counselors recently took a road trip and saw a gas station with a sign saying that Kratom was sold there. They went inside and spoke to the attendant who told them they sold more Kratom than they sold gas.

“So it's really taking off and it has me concerned that there's zero regulation,” said Woods.

Currently Kratom is legal in 44 of the 50 U.S. States, including New York. However, there is a bill stuck in the State Senate that could prohibit the sale of Kratom to individuals under 21 years of age.

Woods expressed the need to educate the public about Kratom, citing the Sullivan County Drug Task Force as a vehicle for that.

Woods said that while some are arguing for Kratom to be prohibited, there have also been cases made that it should just be regulated. At the very least, Woods urged politicians to end the “free for all” that currently exists with the drug. While there may be uncertainty about Kratom in political circles, the sentiments of Woods' patients is very clear.

“I ask all of my [Kratom] patients, and it might seem like a silly question, if they think it should be illegal,” said Woods. “I've yet to have one patient tell me it should be legal.”