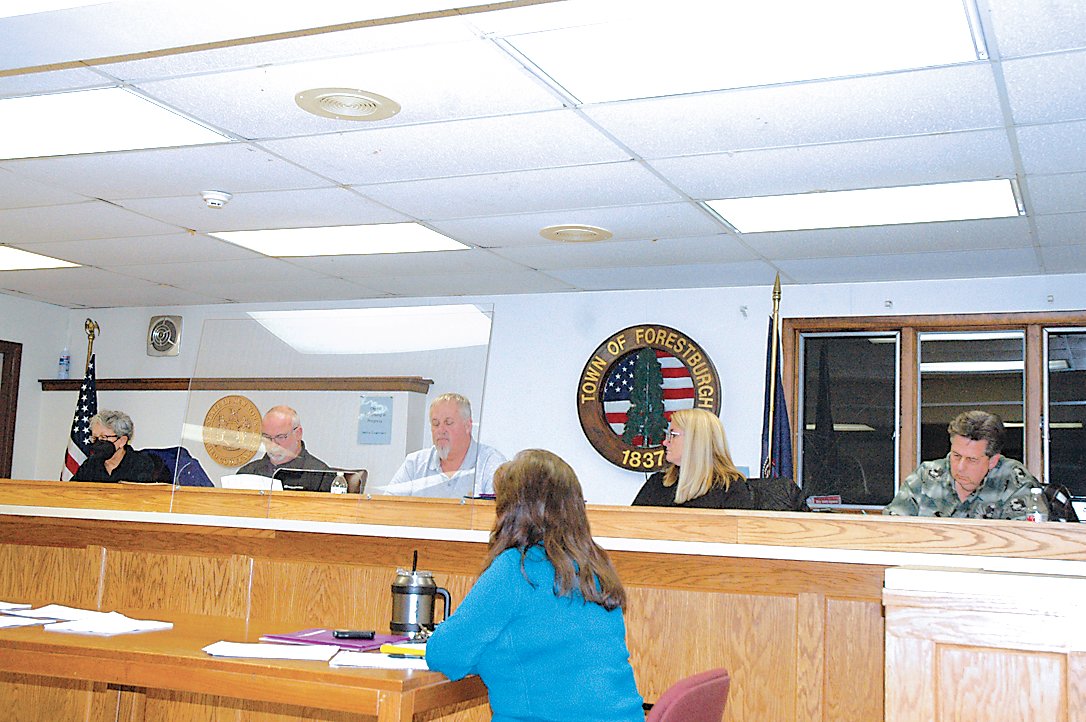 The Forestburgh Town Board announced the recent Zoning Board of Appeals’ decision to deny the appeal for building permits on December 1.
Derek Kirk | Democrat
Posted Friday, December 9, 2022 6:10 am
By Derek Kirk

FORESTBURGH – The Forestburgh Town Board announced the recent decision of the town’s Zoning Board of Appeals’ (ZBA) denial of the appeal for building permits by Lost Lakes Holdings LLC and Rose Improvement on December 1.

The special meeting where the decision was initially announced was held by the ZBA on November 15. In light of this decision, the initial denial of the building permits stands and Lost Lakes Holdings LLC Vice President Yehuda Miller confirmed development in the Lost Lakes property has been halted indefinitely.

The original design that was approved detailed a golf course and 400 homes. There is currently one home built to completion. The denied building permits now disallow any further housing development to be constructed within the Lost Lakes Holdings LLC property.

Steven Barshov, a partner of the law firm Sive, Paget and Riesel, PC, is the legal representative for Lost Lakes Holdings LLC and Rose Improvement. He told the Democrat that despite the ZBA’s recent decision, pending litigation remains ongoing, which include multiple lawsuits against the town.

According to Barshov, one pending lawsuit regards the town’s alleged illegal usage of an escrow account initially created by the original property owners, Double Diamond.

The other lawsuit was prompted by the alleged withholding of information after a Freedom of Information Law (FOIL) request was made by Lost Lakes Holdings LLC and granted by the town.

Barshov also confirmed that another lawsuit will be filed in the near future regarding the ZBA’s decision to uphold the denial of building permits.

The entirety of the ZBA’s final decision statement can be found on the town’s website, www.forestburgh.net.

In addition to the update on the ZBA’s decision, Councilwoman Karen Ellsweig reminded the Board of the status of the Dormitory Authority of the State of New York (DASNY) Grant. According to Ellsweig, the town is still awaiting the State’s signature, and once that is obtained, the town can begin to submit receipts for reimbursement.

Ellsweig confirmed that no purchases have been made except for the recent repairs of the original roof of Town Hall.

In past meetings, suggestions were made on how the town can utilize the anticipated left over money, which is estimated to be around $8,000. The town had originally decided to pursue the idea to install additional playground equipment on the property surrounding town hall, although this plan was met with criticism from one town resident via a correspondence letter.

The Town Board continued their conversation over possible alternate uses of the money, including but not limited to an eco-friendly outdoor lighting system for the Town Highway Department barn.

Town Supervisor Dan Hogue stated that the town should keep their options open, look at the costs of the potential purchases and make a determination.