Joseph Carl Yusavitz of Liberty, NY, a long-time area resident, passed away with his children at his side on Sunday, September 25, 2022 at the Northern Dutchess Hospital, Rhinebeck, NY. He was … 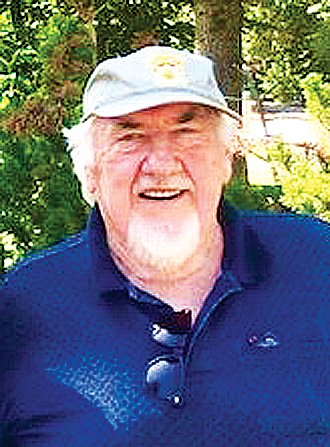 Joseph Carl Yusavitz of Liberty, NY, a long-time area resident, passed away with his children at his side on Sunday, September 25, 2022 at the Northern Dutchess Hospital, Rhinebeck, NY. He was 86.

The son of the late Anastacia Yusavitz Roskoski, he was born June 3, 1936 in Carbondale, PA.

Joseph grew up in Simpson, PA and he moved to Liberty as a young adult to work at Grossinger’s Resort where he met his wife, Audrey, in the late 1950’s. Joseph served in the United States Army as an MP stationed in Korea for 2 years. Upon his return to Liberty with Audrey, he purchased the Lincoln Bar & Restaurant and went on to be a successful Liberty business owner for more than 30 years. Joseph owned several other local taverns, Deg-nan’s and The Station being a favorite watering hole for many Sullivan County patrons, where he loved to tell stories and recount local history, cook for his family and friends, and cater parties. He was affectionately known as Big Joe, JoJo, Yussel, Pop, Daddy and Papa Joe. Joe and Audrey also wintered in Naples, FL, where he was a chef at the Ritz Carlton Hotel for many years. Joe was an avid hunter, fished all over North America and as far south as Panama, and he appreciated the beauty of the Catskills as much as he enjoyed a good cigar.

The Yusavitz family would like to express their gratitude to Ten Broeck Center in Lake Katrine for the compassionate rehabilitative care Joseph received.

Graveside services and burial with military honors will be at the Sullivan County Veteran’s Cemetery, in the Spring.