THOMPSON — Scott Mace, who has been a Thompson town councilman the past 10 years, says he’s running for town supervisor to change things.“But when you are unhappy how things are … 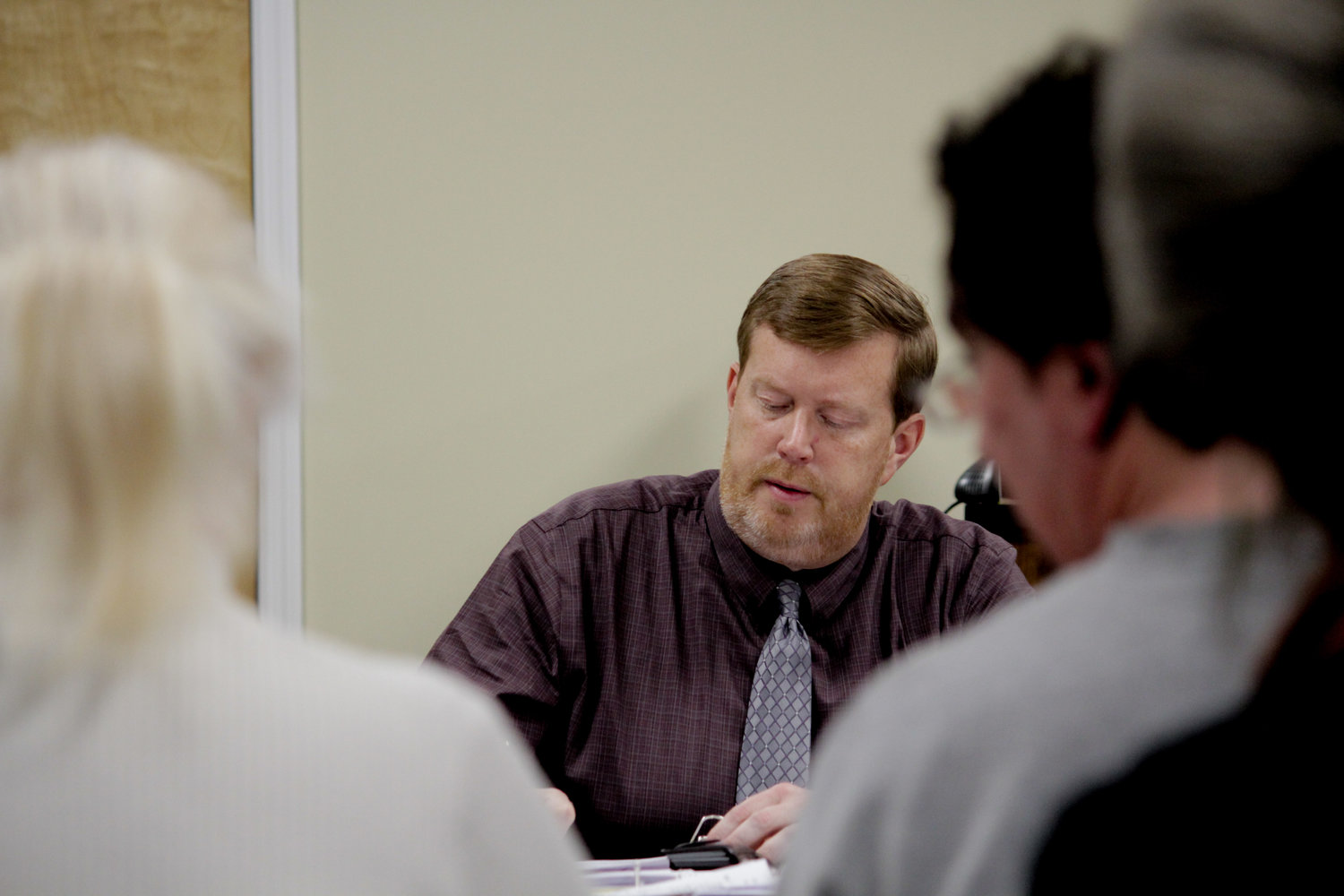 THOMPSON — Scott Mace, who has been a Thompson town councilman the past 10 years, says he’s running for town supervisor to change things.
“But when you are unhappy how things are run, you either try to change it internally, which I’ve been trying to do over the last year or two. And when that doesn’t work, you kind of have to make that decision to move up,” he said.
The Thompson Town Board is made up of five members, and every member should have an equal say in town actions; as of late, that has changed, according to Mace.
“Over the past couple of years, there’s really been a shift in that, where things are brought to town board meetings for basically final approval, rather than discussing them and then working on them as a board,” he said.
Accomplishments
Mace added that he is most proud of helping to modernize the town, computers, equipment and the town’s website.
Moreover, he also said the town’s beautification projects he has been part of have been great, and he is proud of the work that has been done thus far, but he said there is room for improvement.
He said if he is elected, he wants to improve the town’s beautification further.
“We need to provide opportunities for residents,” said Mace, citing the soon-to-open Lake Ida Park in Rock Hill, which will include walking paths and hiking trails, as an example of that.
“It means so much to keep families happy and smart and together. I think those are the things that we really need to focus on in our community,” said Mace.
More to be done
By the same token, Mace said businesses could do their part in helping keep the town clean.
“I hate to beat up businesses when, during tough times, but you know, it doesn’t take too much to go out and weed and sweep up. It makes your business better, and it makes everybody better and makes the town look better,” added Mace.
Mace explained that the town is set to receive funds from the American Rescue Plan, which is money that the federal government provided to help towns like Thompson recover from the COVID-19 pandemic.
Mace said, “While we are still waiting to hear exactly how we can use it, broadband services, infrastructure and assistance in helping local businesses are some ways. I look forward to using this money to help our community.”
When voters head to the polls this November, Mace said voters should choose him because, “I am a person who has served the public. As a pharmacist for 30 years, I’ve always cared about people. I continue to care about people. And I think I’m the voice of the people,” said Mace.
Mace added that there is a need to be transparent as supervisor. “I don’t have business with the town. We need to be transparent. My campaigns are completely self-funded,” added Mace.
Felony Charges
The Democrat asked Mace about his arrest by New York State Police on May 10 and his ongoing case where he faces charges of Criminal Possession of a Controlled Substance (CPCS), Oxycodone in the fourth degree, a class C felony.
Mace has also been charged with “Falsifying Business Records” in the first degree, also a felony, as well as misdemeanor Petit Larceny.
Mace declined to comment directly about his ongoing court case or his May 10 arrest. He instead told the Dem­ocrat that he had been disappointed in recent days, accusing his opponent’s family of posting details of his case on social media.
“They have gone from ‘respect his privacy’ six months ago to present more information out there than I’ve seen,” Mace said.
In response, incumbent Supervisor Bill Rieber Jr. said, “Those [comments] made by my son – I mirror them and I own them. This is a legitimate campaign issue that is directly attributable to the ability of Scott Mace to do the job and [the] eventual possibility of being convicted of a felony to actually hold the position.”
In trying to explain his own position, Mace stated, “People that give their life to their profession and helping other people [while] working for 30 years, 12 hours a day – their bodies break down, and no matter what they try to do with seeking help from doctors, physical therapists and other health professionals, sometimes you just don’t get all the help you need.
“Anybody that has chronic intractable pain, or know somebody that has pain, where you can’t stand, you can’t sit, you can’t lay down for any significant amount of time would understand what I’m trying to say,” he said.
Mace owned and operated the Rock Hill Pharmacy for 15 years until 2019, when it was sold.
Mace went on to say, “Pain can make you make bad decisions. I have apologized to my family and friends; those are the people that I hurt with this. But it doesn’t change who I am and what I’ve done for the past 30 years.”
He said people have come out to support him, even saying he has more volunteers this year to help with his campaign than ever.
Mace added, “You know people understand, and they want to help, and they want to see good people get back up after they fall down and keep fighting. I appreciate these people incredibly.”