Monticello alum now at the helm of Lady Generals’ program

Monticello alum now at the helm of Lady Generals’ program 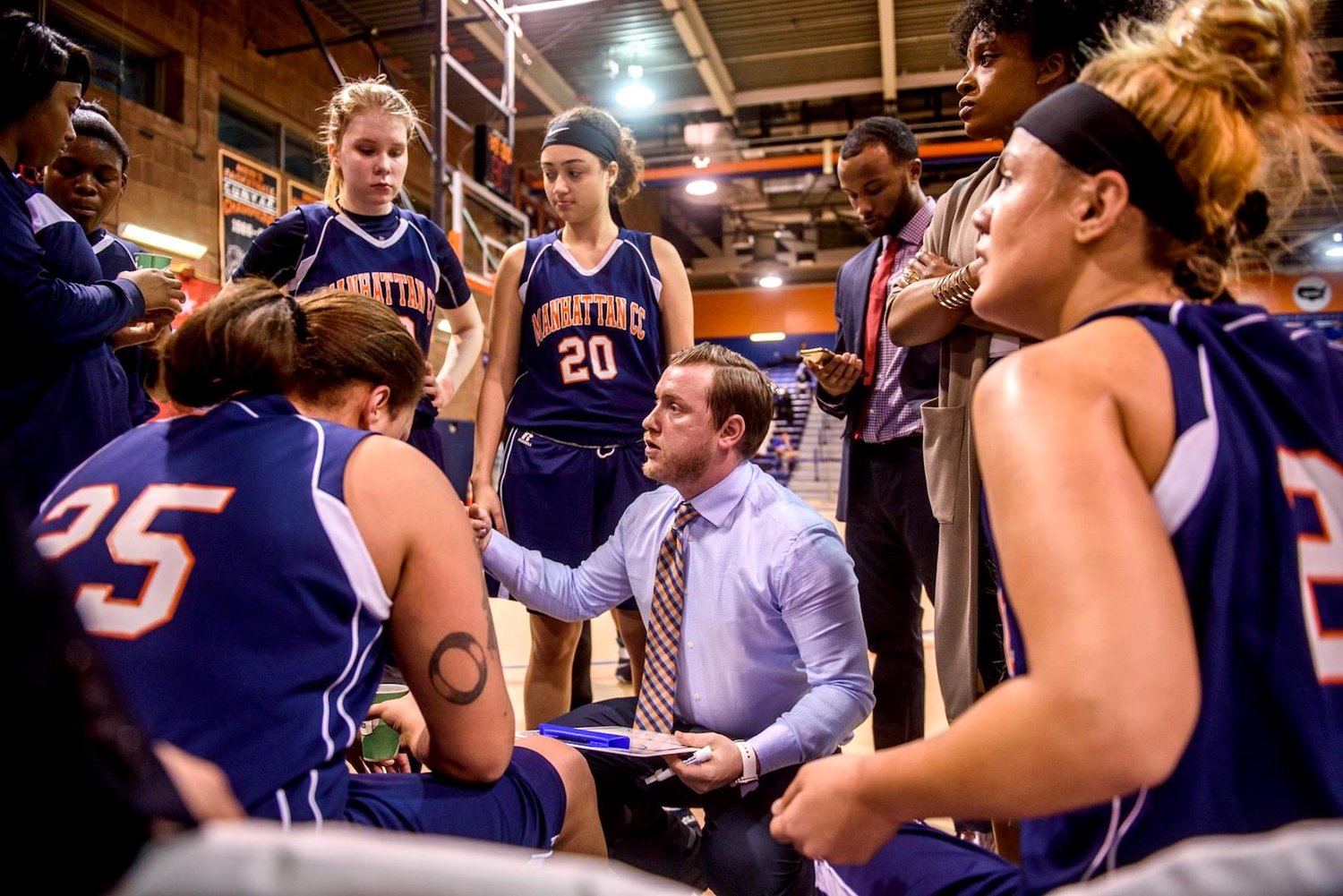 Ben Newberg coaching while at the Borough of Manhattan Community College.
Contributed photo
Posted Friday, July 9, 2021 9:15 am
By Joseph Abraham

“Ben is a proven program builder, and we are elated to have him lead our women's basketball program," said SUNY Sullivan Dean of Student Development Services and Athletic Director, Chris DePew, in a press release on the college’s athletics website. “He has had great success during his time at the Borough of Manhattan Community College and understands how to recruit to a school like SUNY Sullivan. We are excited to see him build upon the success Coach Marchione had here.”

After graduating from Monticello, Newberg continued his education at SUNY Orange, then onto SUNY Albany for his bachelor’s degree, and he’d go on to earn his master’s from Mercy College.

“I love basketball,” said Newberg, who played the sport and soccer at Monticello. “It’s at Albany [when I was the manager of the men’s basketball team] that I really got into it. That’s when I knew I wanted to be a coach.”

While at Sullivan as an assistant under men’s basketball coach Kevin DeVantier in 2012-13, the Generals went undefeated in the region.

It was at CCNY as an assistant where the head coach, who had spent time at larger programs like Bowling Green and UCLA, told Newberg that he had a great temperment for women’s basketball and encouraged him to pursue a head coaching job in the sport. They helped Newberg to land the head coaching job at the Borough of Manhattan Community College where he brought his teams to one Region XV Final appearance and two CUNY Finals.

He then spent two years as the head women’s basketball coach at Medgar Evers College. While there he was able to help them achieve the most wins in over 10 years.

Newberg, 34, succeeds Derek Marchione, who made quite an impact in one year at SUNY Sullivan. He oversaw a team that went 29-2, were the Mid-Hudson Conference Champions, Region XV Champions, District East A Champions, and a NJCAA DII National Qualifying Team (earning a #8 seed).

Marchione was recently hired as assistant coach and recruiting coordinator for Division I University of New Hampshire’s women’s basketball program.

Expected to return for the Lady Generals in 2021-22 is Infinity Hammonds, who averaged over 25 points per game and was a second team all-american. In addition to having some good shooting, there are also some new recruits expected to make an impact, including a 6’3 girl from Brooklyn who will add to the team’s rebounding prowess and ability to clean up the glass.

Newberg said it’s amazing to be back home in Sullivan County and to return to SUNY Sullivan, where he was not only an assistant but where so many memories were made. In fact, his high school graduation was held at the Paul Gerry Fieldhouse.

“I know the tradition of SUNY Sullivan basketball,” said Newberg. “It’s home and a great place to coach. There’s been a lot of success here.”