SULLIVAN COUNTY – After a solid final week of regular season action, the playoff brackets are set, and Sullivan West and Roscoe will be representing the county in the playoffs. Sullivan West … 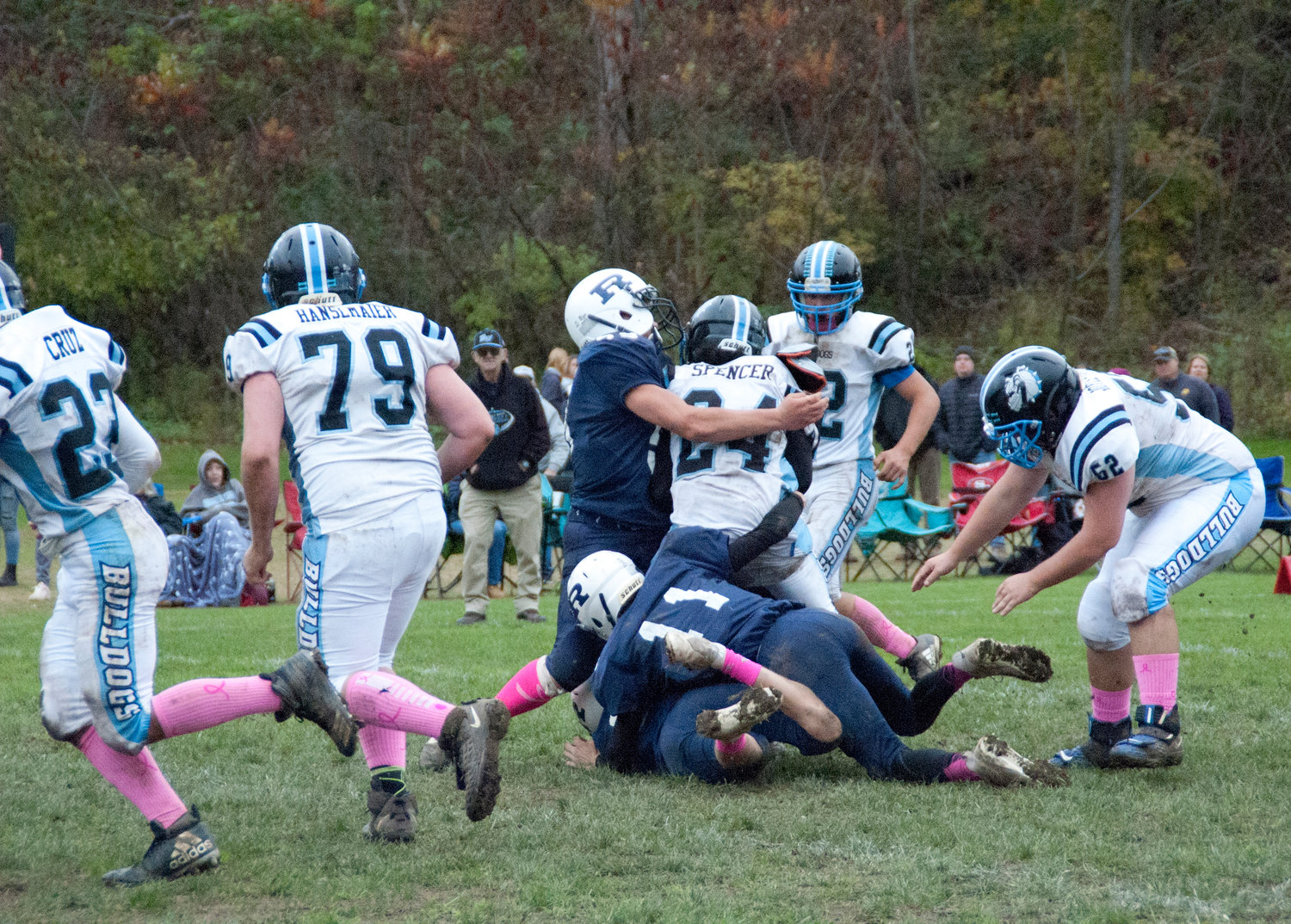 The Bulldogs and the Blue Devils are the two teams from the county that earned a spot in this year’s 8-man playoffs. The two teams are on opposite sides of the brackets, so the only way they would see each other again this season is in the championship.
Anthony Morgano | Democrat
Posted Friday, October 29, 2021 7:33 am
Anthony Morgano

SULLIVAN COUNTY – After a solid final week of regular season action, the playoff brackets are set, and Sullivan West and Roscoe will be representing the county in the playoffs. Sullivan West finished in first place in the division after their victory over Roscoe, so they have earned a first round bye, and will face the winner of Ellenville and Pawling next week.

Roscoe, on the other side of the bracket, will have to get through Pine Plains and then Spackenkill to reach the final. Eldred, Fallsburg, Tri-Valley, Monticello and Liberty will also be in action this weekend, here is a brief preview of the action:

This game is a rematch of the first league match of the season, a game in which Fallsburg won on the road. Eldred has the chance to do the same as they will travel to Fallsburg for the rematch.

Tri-Valley is heading over to Section IV for a crossover game against Candor. Their opponents are 5-0 and have outscored opponents 296-20 this season. Tri-Valley will be hitting the road with a two game winning streak, and a chance to defeat the first place Eagles.

The Blue Devils finished with the 3rd seed in the 8-man playoffs, and will host Pine Plains for a chance to take on Spackenkill next weekend. Roscoe struggled against top-seeded Sullivan West last weekend, so this will be a good chance for them to get back on track, and if they win this weekend then every other playoff matchup for the Blue Devils will be a rematch.

Since these are the only two 11-man teams left in the county, this game puts bragging rights on the line as the Panthers visit the Indians for a non-league matchup. Neither of the two teams have won a game this year, so one team will be going home with their first victory on Saturday.

Neither of these schools are in Sullivan County, but the winner of this game will square off against Sullivan West next week. Ellenville is the only team to beat the Bulldogs this season, and Pawling is the defending 8-man champion team.