THOMPSON – Although official numbers have yet to be released from the Sullivan County Board of Elections, incumbent Town of Thompson Supervisor William Rieber Jr. claimed a “comfortable … 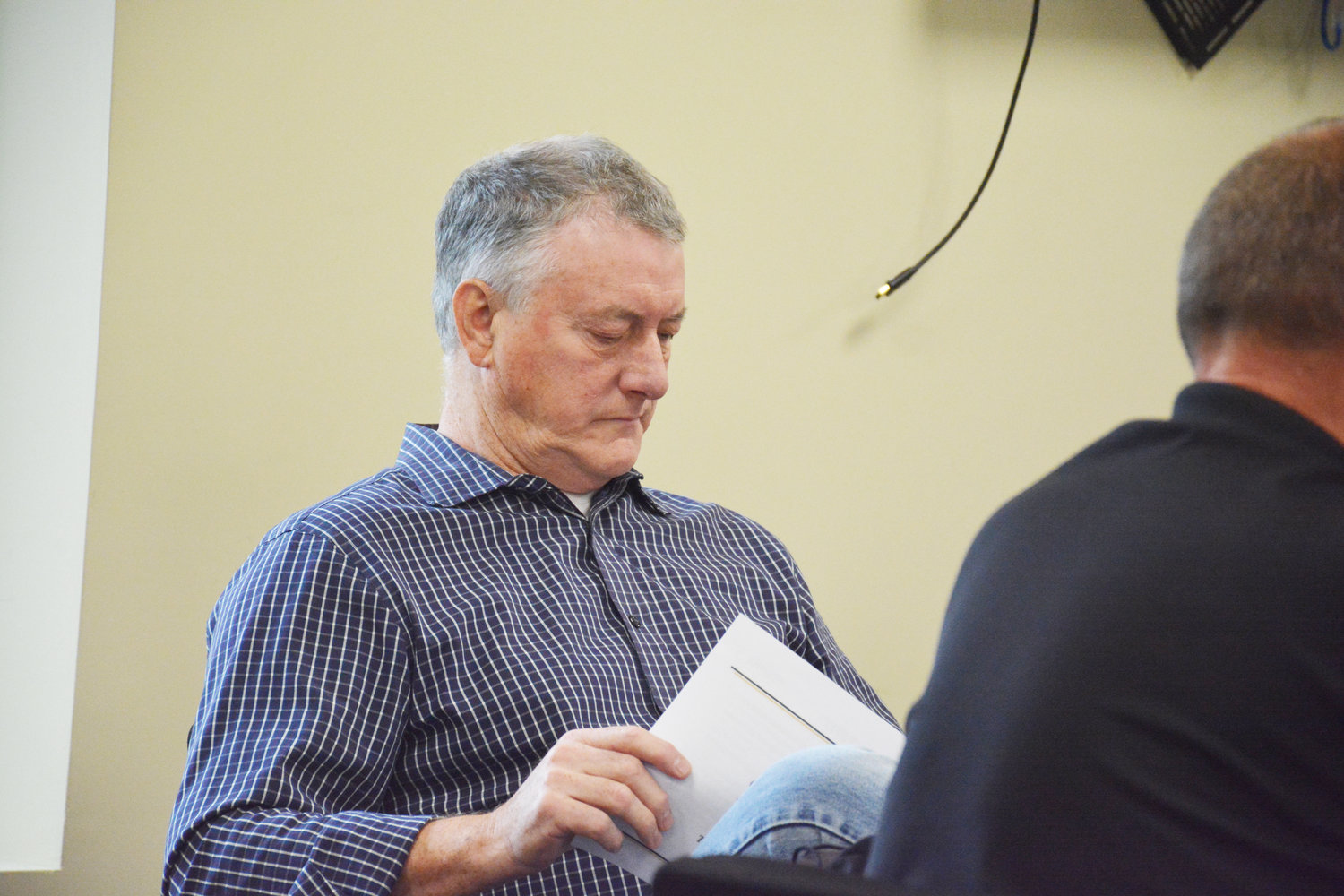 Town of Thompson Supervisor William Rieber Jr. has been reelected. He is pictured here at a recent meeting of the Sullivan County Association of Supervisors.
Joseph Abraham | Democrat
Posted Friday, November 19, 2021 7:23 am
Derek Kirk

THOMPSON – Although official numbers have yet to be released from the Sullivan County Board of Elections, incumbent Town of Thompson Supervisor William Rieber Jr. claimed a “comfortable lead” as challenger and Councilman Scott Mace conceded on Wednesday.

Rieber, who had a 76-vote lead prior to absentees being counted, told the Democrat that he has not heard from the Board of Elections with official finalized results from Election Day, but has been recognized by Mace as the winner of the election.

“After two long weeks, the election has finally been decided. I congratulate Bill on his win,” Mace said in a statement posted on his campaign’s official social media account on Wednesday.

According to Rieber, Mace congratulated him on the win in-person with a handshake.

“I remain your Councilman and look forward to getting back to work and volunteering with different organizations,” Mace continued.

Rieber told the Democrat that he is ready to work and plans to move forward and look to the future.

“We have a tremendous list of work to be done, and I’m certainly not ready to lay down and retire, and there’s a lot to do and we’ll jump right on it,” Rieber told the Democrat.

According to Rieber, one project from that “tremendous list” includes a mass amount of sewer work that needs to be completed.

“We’ve probably got something in the neighborhood of 40 to 50 million dollars of sewer work to manage,” said Rieber. “It’s not all sexy work, but it's tedious and good for the taxpayers.”