Stands on 8-year record of accomplishment

THOMPSON — Residents in the Town of Thompson will have a choice this year for Town Supervisor. Incumbent Bill Rieber Jr., a Democrat, is seeking re-election against Thomp­son Councilman …

Stands on 8-year record of accomplishment 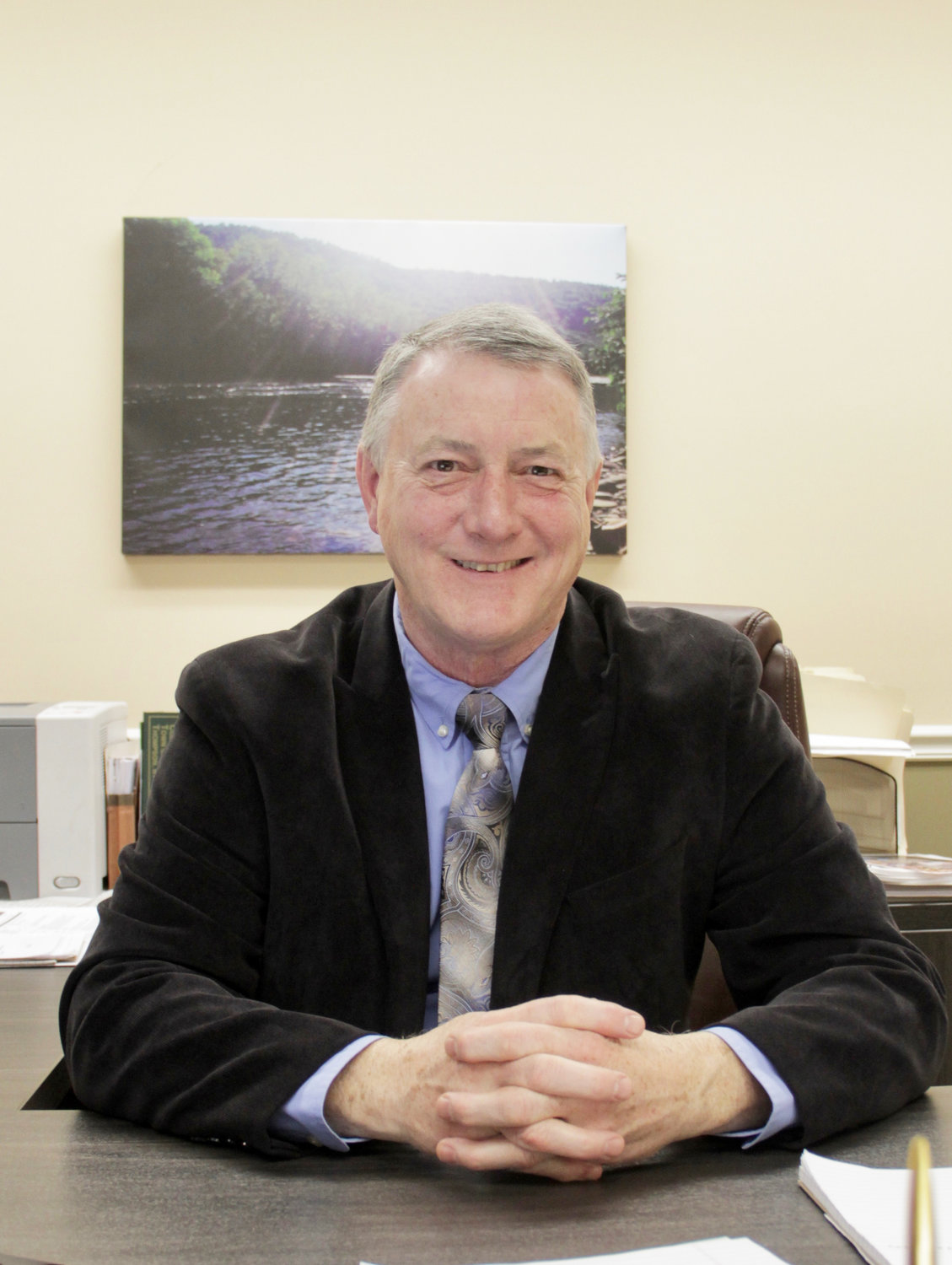 THOMPSON — Residents in the Town of Thompson will have a choice this year for Town Supervisor.
Incumbent Bill Rieber Jr., a Democrat, is seeking re-election against Thomp­son Councilman Scott Mace, a Republican.
Bill Rieber Jr., who is finishing up his eighth year as supervisor, said he is seeking re-election to be able to continue the work he has been doing.
“There’s an awful lot that we have in the pipeline. We’ve made tremendous advances that are working out and still need a little guidance,” said Rieber.
“I’m not ready to quit yet.”
Rieber says he has picked up the endorsements of the Sullivan County Democratic and Conservative parties.
Accomplishments
He said some things he’s most proud of as Town Supervisor have been beginning the LED light project, where the town is replacing and upgrading all the street lights and converting them to LEDs to save on energy costs and increase efficiency.
In addition, Thompson is upgrading and repairing its water and sewer systems.
Rieber said he helped commission an infrastructure Master Plan of all sewer districts in 2019 that combined nine sewer districts into three consolidated districts.
Rieber went on to say that it has “saved money and time due to economies of scale. Most residential customers will see substantial reductions.”
In addition, he said he helped expand youth programs such as Halloween treats and trails, fall kickball, and family night.
Furthermore, he said the town had revamped its public outreach, and the town government has been more transparent.
“[We’ve been] Reaching out through Facebook, social media, email blasts, making it much more user friendly,” said Rieber.
One example he gave was the town’s online filing system of the agendas and planning board applications, which are stored in a public Google drive that anyone can access.
“That’s been very transformative to the public. It saves so much time just in FOIL requests and people calling up to see what’s going on,” said Rieber.
Collaboration
Recently, Rieber said the town had made tremendous strides in having an active working relationship with the Village of Monticello and, if he is re-elected, he wants to continue to build that bond.
“We commissioned a master plan for parks town-wide, including the village, with tons of public input, and began implementing the plan right away,” said Rieber.
Another initiative has been the “Grow the Gateways” project, which looks to improve the corridor between the village and the town of Thompson’s business districts. According to Rieber, this included collaboration with the Village and County Planning for consolidating zoning districts from approximately 12 zones to three zones.
“This will make it much easier to encourage development in that corridor,” said Rieber.
Moreover, Rieber said he has been instrumental in helping to revitalize the two business districts on Route 42 and in Rock Hill.
“Good development breeds more development and breeds better development,” said Rieber.
When voters go to the polls on November 2, Rieber said they should “vote for him because the town is better than it was eight years ago, and I will leave it better for years down the road.”
Addressing allegations against opponent
Rieber’s opponent, Councilman Scott Mace, was arrested on May 10 and is facing two felony charges for Criminal Possession of a Controlled Substance and Falsifying Business Records.
After the arrest happened, Rieber stated that Mace handed him a resignation letter, but Mace had second thoughts and told Rieber to hold off submitting it to the board.
“We’ve been waiting five months for a response, for a repudiation, or some sort of remorse explanation to the board and nothing has been forthcoming,” Rieber stated. “This is not a personal thing; the charges here are serious, open, unsettled felony charges regarding falsifying business records. And I think it’s critical to the public to make an intelligent decision given all the facts.”
Rieber went on to say, “It’s regrettable that he hadn’t made a statement and made an explanation and come forth five or six months ago when he had ample opportunity to do so.”